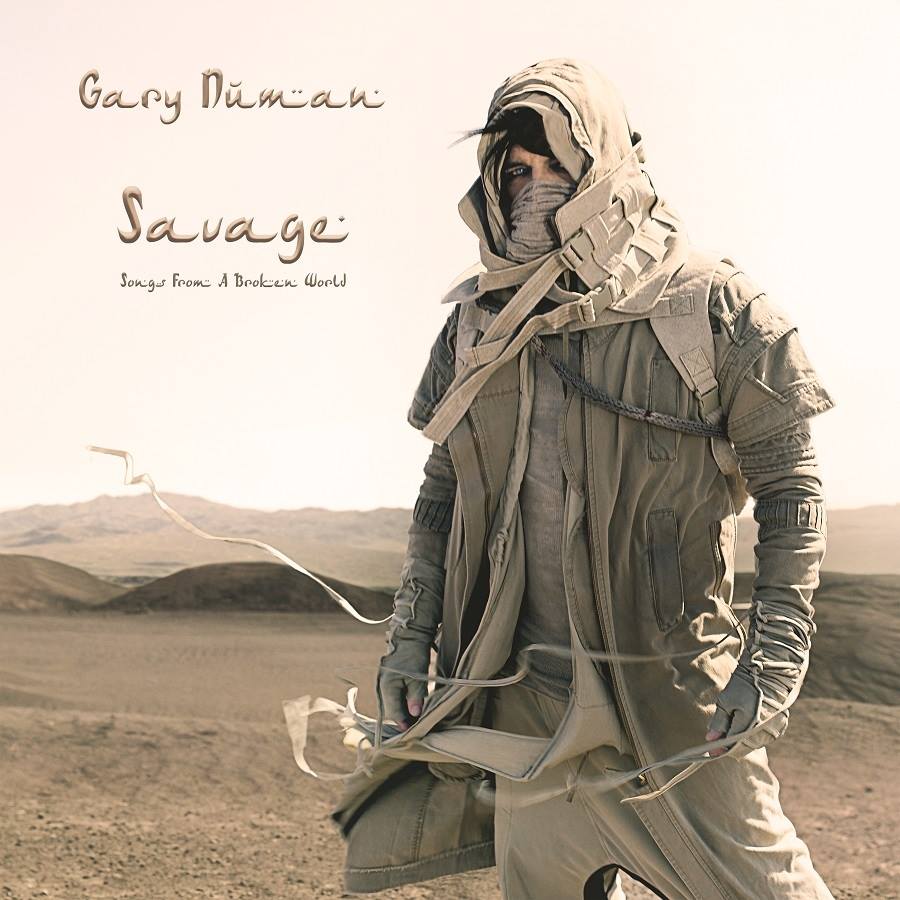 One of our Icons has returned and it feels like coming back stronger than ever! Coming almost four years after his album Splinter (Songs From A Broken Mind) earned the best reviews of his career and his highest chart-placing in 20 years, the iconic and highly influential Gary Numan will release his 22nd album on September 15th. Notice that he worked just before that on the latest The Mission album and made a great contribution!

Savage: Songs From A Broken World is an album with a narrative that’s set in an apocalyptic, post-global warming Earth in the not-too-distant future. There is no technology left and most of the planet has turned to a desolate desert wasteland. Food is scarce, water even more so and human kindness and decency are just a dim and distant memory. Western and Eastern cultures have merged, more because of the need to simply survive than any feelings of greater tolerance or understanding. It’s a harsh, savage environment, as are the survivors who still roam across it. While GaryNuman was writing the record, DonaldTrump was elected President of the United States. It made sense to make him and his climate decisions the catalyst for the apocalypse theme of the album.

Ghost Nation starts with electronical foot stamping, breakbeats, some industrial feels and a scary tone. It’s clear that the madness has started, whilst some Arabic chants unveil the heat, the dust, the desert … The song builds up slowly but surely. Is this the after Trump world? It seems to be a good question, for sure if you have been following the news (time laps between the recording and releasing hasn’t made it any better). Bed Of Thorns goes slow, but sounds very dark and dangerous: as if something really awful can happen. When the song explodes it sounds a bit like giving some hope to the world, in between fighting with the electronics, guitars and industrial sound. My Name Is Ruin has been launched as first single.The accompanying video for the track was directed by visual artist and musician Chris Corner of IAMX. Filmed in the desolate deserts of southern California, it features a special guest in the shape of Numan’s 11-year-old daughter Persia who also contributes vocals to the track. With the foreboding setting and temperatures reaching 48ºC during the shoot, the stunning location was the perfect backdrop for an album that examines a world struggling for survival after the devastation of global warming. It’s clear that this track is one of the strongest one on the album and his daughter has a beautiful voice! It feels a bit like a mix between Gary Numan and Nine Inch Nails (but hey that’s simply Gary Numan anno 2017). The guitars really sound loud, hot and steamy! The End Of Things sounds a bit sacred, as if a God was watching over what is left of the world and screams out his sorrow, pain and anger. And It All Began With You is a slow one, a bit describing the ruins and their story whilst pointing out it all began with you and ends the day you leave. Could that be a secret message onwards Trump? Or is it rather about the love for his wife or mother? When The World Comes Apart goes back to the roaring guitars fighting with the industrial tone whilst Numan sings about the end in a pretty melodic and catchy way. It’s the second best track on the album and really gets glued onto you with a taste of melancholia. Mercy shows his strength: slowly but surely destroying his enemy and showing no mercy! This could have been a collaboration between Trent Raznor and Gary, but it isn’t. What God Intended is yet another pearl in which he screams out to save the world, as if he was a priest or a god. Pray For The Pain You Serve sounds pretty bombastic, but has the classic Gary Numan touch. I think this one might be the last song of his regular set (at least in my imagination) as it uses all the sounds and instruments and really works towards a big boom! Broken starts as a soundscape that reminds us about the heat, the destruction. It’s like putting up one finger: don’t let this be our future! Once he sings you know how he thinks about what’s happening in the world.

I must say that this one is fore sure one of the best albums Gary Numan made so far! I like the setting and the instruments used and I adore his fighting spirit! Can’t wait to see him on stage!

Gary Numan will embark upon a short run of UK dates next month before he hits the road in autumn for a major European tour that includes a London show at the O2 Academy Brixton. He’ll play the following shows: