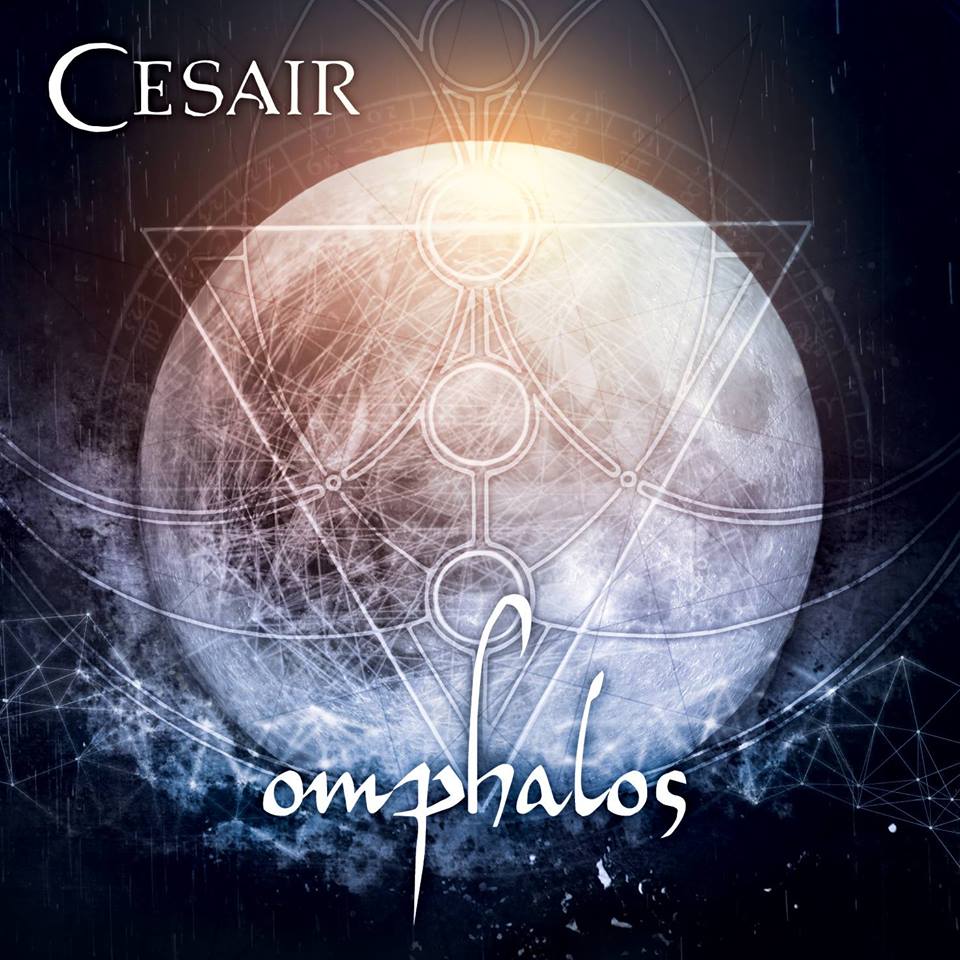 Cesair is one of those bands I follow in a very close way. My first time happened during their appearance at the legendary Belgium festival Trolls et Légendes in Mons. Since that day they have grown and are more and more headliner, they also play more and more in foreign countries and have a very good relationship with other bands. With their new album they – once again – take a gigantic leap … Enjoy their medieval folk!

For those who need an introduction: “Ever since mankind learned how to speak, stories have been shared and passed down through generations. As such, legends gave birth to epic songs. It is this manner of storytelling that lies at the heart of Cesair's music. As a band, they aim to bring to life the epic tale of the eponymous Cesair, a mythological princess that sailed the oceans 5,000 years ago. They set to music the chapters of her story, captured by the words of many romantic souls, with unique, original compositions, performed on a great variety of instruments. Their music incorporates the musical, spiritual and historical heritage of cultures from all around the Orient and Occident, creating a mixture of eastern sounds and rhythms and traditional as well as modern European folk music. They invite you to join them in a world of timeless adventures and colorful characters, and to take part in a story that may last a lifetime. “

Nice to see is that Luka (Rastaban: slideridoo and vocals) has become a full member of the band, whilst Thomas plays since a short while as a full member with Rastaban (I must admit it’s simply one of Belgium’s fines folk bands). Both things give Cesair a wider range of inspiration and a special sound.

Now, let’s get back to the music with the first track called Erda: the kind of song that makes you happy and feel as if the sun is shining on you. I always feel happier whilst listening to this one and that is the strength of this song. The violin and the magical voice of Monique van Deursen are responsible for this nice feeling. The end is almost a-capella and makes it really heavenly! The Ruin sounds a bit melancholic until we hear again this angelic voice as if the sun was breaking through dark clouds. I also hear clearly medieval influences. The tempo goes up and down, a bit as if we are sailing over the sea and guided by a slight breeze. At some point I simply close my eyes and start to weep on the rhythm of the track.

Runatal starts slowly with a nyckelharpa, as if water is running down from a mountain. It all changes when the angelic vocals are guided by the acoustic guitar and the violin. From time to time we get a resting point, rendering the hopeful moments and some melancholy. The melodic vocals give it some warmth and hope. Boudicca starts very softly, with almost whispering vocals and an acoustic guitar until the violin makes the song explode and thus renders the energetic feel. It’s a slow grower, but once it starts to grow it gives you a great live feel.

Chorihani explodes from the start and is fors ure a very happy and energetic track, with lots of different voices participating. Luka’s part plays an important role. It’s time to party, dance, move and feel happy! This one if for sure one the strongest songs on the album and will grow out to be the perfect live track that will be your favorite live track! It’s simply a heavenly track with lots of energy.

La Luna sounds very romantic and enchants you from the very first note. Once the again the many vocals make it so beautiful that you want to shed a tear. The violin and the acoustic guitar play their part. Somehow I feel like I can write a book about all the positive things I hear! It simply enchants you, bewitches you with every note. This one simply proves how good Cesair has grown as a band and has worked hard on it’s sound.

Troll Kalla Mik reminds me a bit of the powerful Wardruna and it’s all due to the vocals and the soundscaping. Once again it feels like the perfect live track that will set the venue on fire. Feel the heat, smell the sweat, don’t stand still and let yourself go with the flow and the positive vibe. If I look back it amazes me when I notice that so far we had a lot of good variation in the tracks (and how good each track is on itself).

Another highlight is Ahes where we have the participation of Stephan Groth (Faun). It’s a nice mix between the typical Cesair sound and Faun, nicely blending in. The soft tones, the vocals, violin and the piano almost gives it a sacred feel. Once again you feel that the sun is shining on you. Towards the end you get the urge to dance and participate. I really hope we can see the perform this one together on stage!

Mardochaios sounds clearly like giving a party: rendering the happy side of life. I adore the rhythm and I can see some people dancing on it whilst others are simply having fun on it and show their love for this magical song. Isolde sounds very soft and o so romantic, with the return of their angelic side. The violin gives it a melancholic touch.

Surya Mantras sounds very sweet and mysterious, with clearly a folky and a kind of a tsigane feel. I feel like as if this song could have lasted a bit longer and might even grow out to become a greater song with a big bang in the end. Umbra is the heavenly but very last track of a great album. The vocals give all they have, just like the instrumentation! We go slowly towards the big final blow.

Well: it’s clear that this album is better then everything I heard from them before. Without any doubt Cesair will once again grow stronger, play more and step up: reach out further than ever before and that is all we wish for them! It’s simply foreseeing a brighter, bigger and better future whilst the credits for it are all on themselves!

Congratulations with all these pearls, with the improvements and the richer sound! See you on stage!