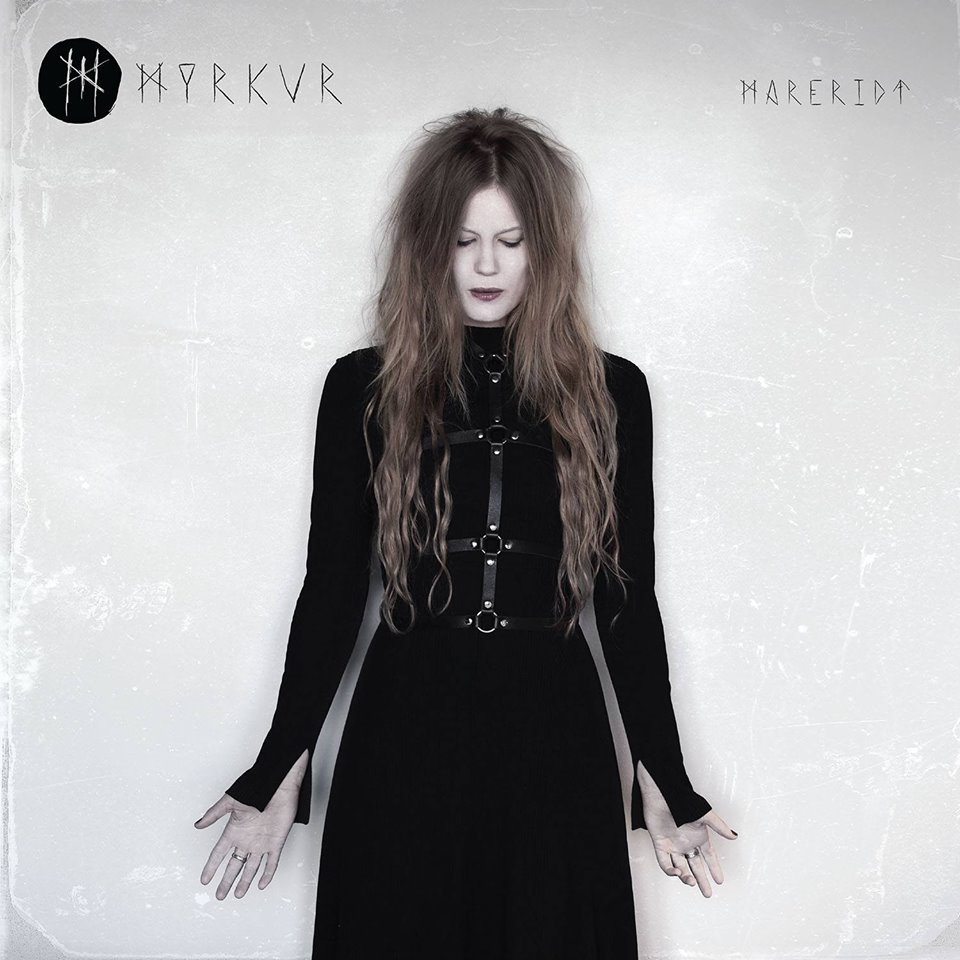 Sometimes I dare to review a band I don’t know at all, after getting a nice clip or reading somewhere that it is a must have. Today I took the time to discover Myrkur. For those who have to discover this one here’s the info from the bio: “Since inception, Danish artist, Myrkur, has been in a class of her own. The one-woman, classically trained, multi-instrumentalist is known for combining the raw, masculine energy of second-wave black metal, with an ethereal, sophisticated virtue. Myrkur composes in epic proportions.”

Next to the cool video this bio helped me too, since I have a weak spot for Nordic people (I include Estonians herein). Now let’s focus on the music!

Opening track Mareridt could have been a take out from The Viking series: a song that moves you deeply with an angelic voice and something dangerous in the back and sung in Danish (or is it an old Nordic language)? Maneblôt is a strange mix between raging and an angel singing. I can hear some black metal influences and also some Pagan/Folk influences. Sadly I don’t understand any Danish, but do we have to read it like naked man? Might be a good question for an interview. The Serpent is sung in English and mixes Doom with Industrial, whilst here vocals remain pretty soft (although going a bit high sometimes). The end has a nice piano part, making you almost start to dream. A darker part comes with the piano and the chello during Crown. Here she sounds a bit like Adele mixed with Kate Bush and that means it really sounds great!

Elleskudt starts with raging guitars and a pretty symphonic sound, it softens once we hear her magical voice. It’s a pretty strong song with a nice melody. De Tre Piker sounds really angelic, sung a cappella in the beginning. It reminds me a bit of Loreena McKennitt (with the Irish sound and the angelic vocals). Funeral (feat. Chelsea Wolfe) is yet another highlight as it’s clear that both voices melt together and gives it that little extra needed to make it as good as it is. Ulvinde mixes a loud guitar/drums sound with faeric & monstrous vocals and a cool backing choir. I can hear some pagan influences. Gladiatrix sounds a bit chaotic: you hear noisy guitars and drums, mixed with a violin and an acoustic guitar whilst the vocals are gently weeping. Kaetteren sounds like a traditional folk song, without any vocals, a slice of a folk party. Bornehjem is a dark closing track, with like demons whispering.

I must say that this album charmed me and I fill for sure keep an eye on this very special artist. In the end I can describe her at best like a mix between Huldre and Wardruna (for what it’s worth).