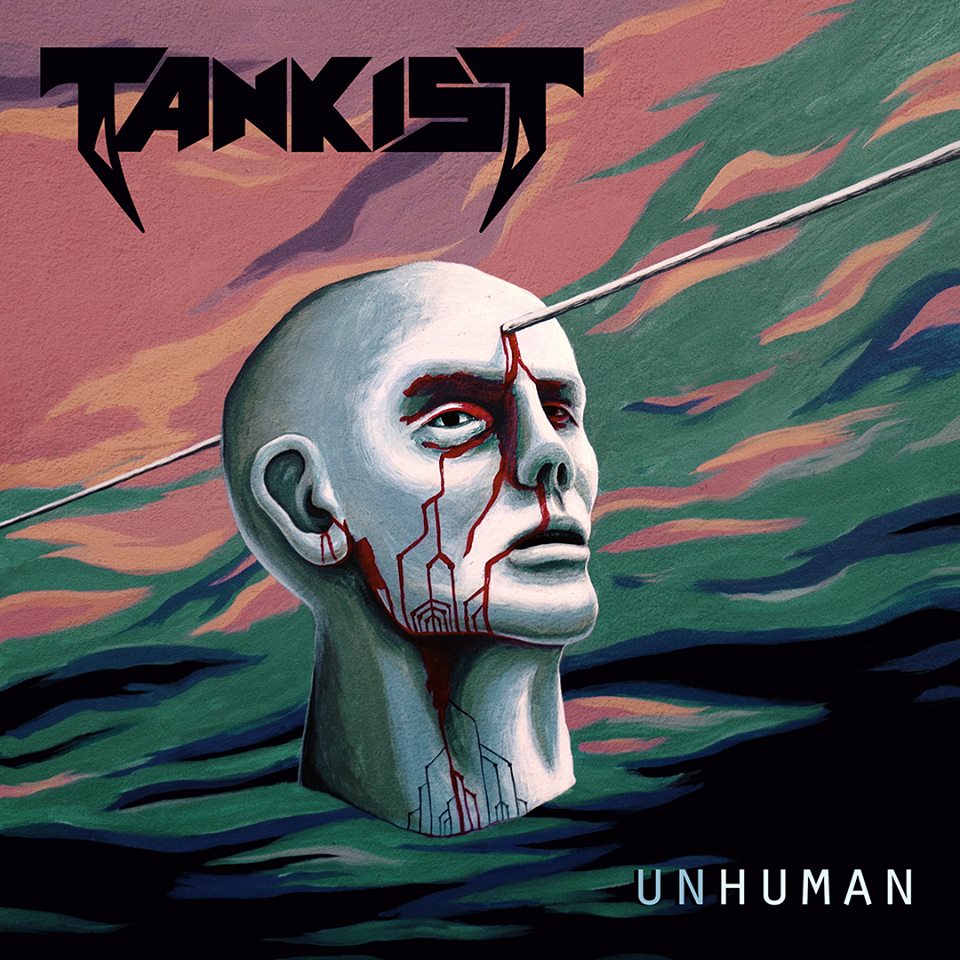 I was in Estonia this summer, ready to see Tarja, Exit Eden, Hérald and one other band. Apparently it was a scam, unveiled after we tried to interview Tarja as part of our promotion. This story ended up frontpage of the Estonian newspaper called Tartu Postimees. After that the manager of Tankist contacted me and this opened new opportunities to promote Estonian music.

Tankist is an Estonian old school Thrash Metal band and started  in 2014. They won a competition, played some nice gigs, released some tracks before finally delivering a full album: Unhuman. The most famous drummer of Estonia  (M. Atso) has a son Simo Atso who also play's drums: Tankist is his band (he also plays guitar in Must Hunt, next to his dad). The drums are  really great. If I listen to the guitar solos it’s clear that we have talented people on board.

They start with Just Another Union, a song against slavery and the Soviets. It’s a fuelled track, with lots of twists and changes of rhythm. It feels a bit like The Exploited going into thrash metal and that is just great. I’m just not sure if the soviets will like the lyrics, but I understand from where it comes and if you doubt: look at what’s happening in the Ukraine! Russia still needs to give back a part of Estonia, btw! Choose Death is a weird track about the Islam and bomb belts. There is no real message in the song, just a basic story about a Muslims putting on a bomb belt. If you just listen to the music you can lose yourself in it and throw your fists in the air. You can feel the rage in the music.

Misery tomb is a very depressing track where even the reaper laughs with the sadness of one. Some parts of the track vaguely remind me of Metallica, but the rest is far more aggressive and explosive. The Plastic Age has sharp guitars and raffling drums with vocals that seems to spit out the lyrics. Suffo6ion is q hard hitter going for the throat. Waste of Bones is my favourite track on the album as it has it all: energy, fire, passion, variation and a good old school touch. God spear comes close to the feel of the previous one, but is a bit slower (overall) and has a bit of a doom metal feel (when the sharp guitars and drums shut up a bit). Conveyor Care is an old school hammering track with cool vocals whilst the last track throws a last bomb in our face! I know What You Are is a killer track, ready to end the lies in a relationship. I would love to see this one getting performed on stage!

Well, as I’m not a big fan of Thrash metal I can say that this one surprised me in the best way. My son who loves metal liked it but told me there are better bands (Amon Amarth, MaYan, ...). It’s true, but I feel this band is slowly growing and will be for sure one day one of the few Estonian bands who will play all over Europe! Don’t miss them on tour (two show Latvia and Lithuania), so check out their Facebook page!