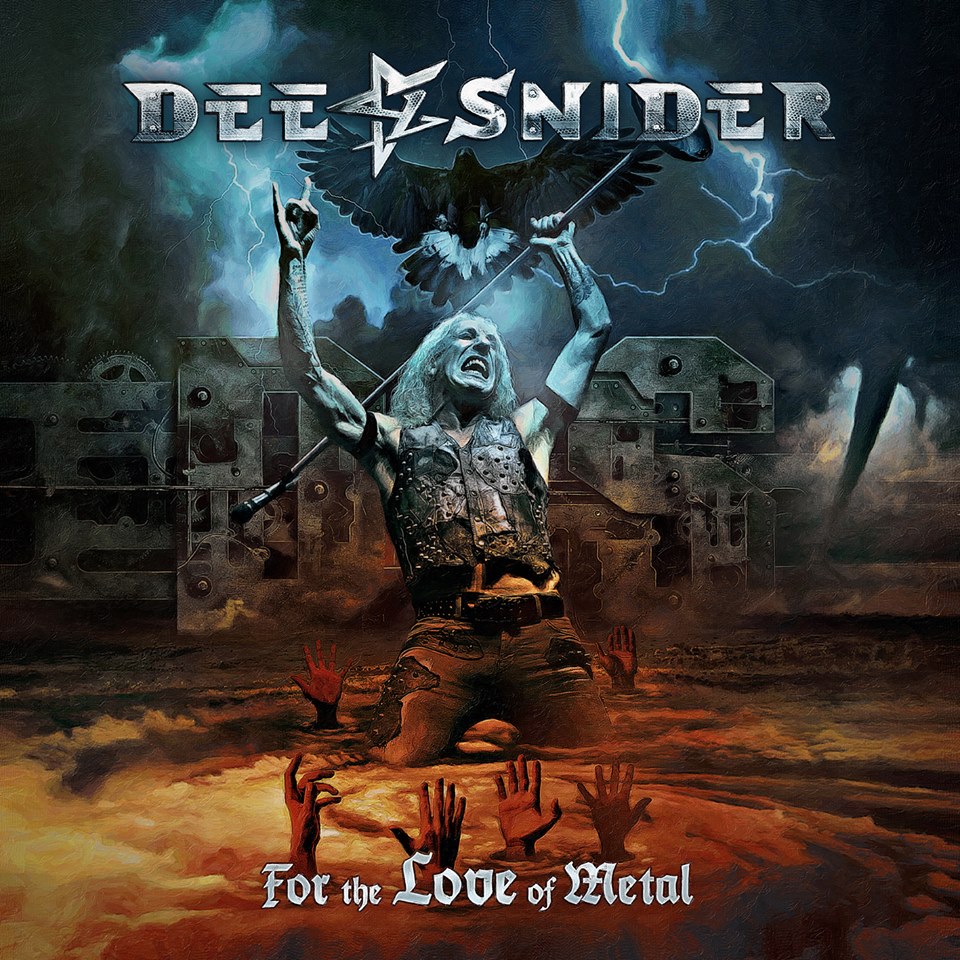 Dee Snider – For The Love Of Metal (Napalm Records)

Dee Snider stalled Twisted Sister and faces the world with a brand new album under his own wings and it’s really worth it! Now in case you don’t know who Dee Snider is, here’s a resumé: he’s an influential hard rock legend, reality TV star, Broadway alumni, horror movie director, radio host, he was the face and voice of the legendary Twisted Sister!

One of the first things that strikes me is the great production done by Hatebreed vocalist Jamey Jasta and the featuring contributions from Howard Jones (ex-Killswitch Engage), Mark Morton (Lamb Of God), Alissa White-Gluz (Arch Enemy), Joel Grind & Nick Bellmore (Toxic Holocaust) and Charlie Bellmore (Kingdom Of Sorrow). It’s very clear that his has found the right team mates to face the world on his own!

He has been touring even before the album was out and goes on and will probably only stop when the reaper forces him to stop and that is what makes this album so strong: he really loves creating music and performing it!

The album starts with Lies Are A Business: rambling guitars and exploding drums followed by his powerful voice! He throws a bomb from the very start and shows off that he has more than enough energy to blow off your head by just using his vocals and music! The music has something from the early Metallica years and knowing Dee’s age, that says enough about how good he still is! Tomorrow’s No Concern might be about Dee still going on and giving it all (the sound is a bit sticky)! He rocks like a young but experienced king of heavy metal! Another good description that would fit him is the next tile track: I am The Hurricane! American Made is a fine rocker and sounds a bit as if he’s proud of who he is (despite what’s happening now in the US). Roll Over You is about not giving up and fighting for what you believe in, whilst the music rocks on! It’s even a very catchy song with a cool tempo, bombing drums and sharp guitar play. I’m Ready sounds amore into melancholia, but still like as if he’s ready to keep on fighting despite the fact that he has seen lots of people around him been taken away by the Grimm reaper. Running Mazes is a powerful and yet very catchy track with cool backings. Mask is a great fuelled track with a sweet touch.

Become The Storm is a catchy one, with even some sing-a-long moments. The sound is very melodic and will before sure one of those tracks who will grow out to become a Dee Snider anthem! The Hardest Way rocks like hell land delivers a devastating blow (and slowly becomes one of my favourite tracks on the album). Dead Hearts (Love Thy Enemy) starts like a ballad, led by Alissa and slowly grows in power with a slight Nickelback touch. For a lot of people this one will be a nice surprise! For The Love Of Metal is the last blast on this album. Well, it’s clear why Dee keeps on going! Fact is that this track has cool and powerful backings, sharp guitars and the perfect drummer!

It was a pleasure reviewing this one, just sad that it was a streamer only. I suppose this is their way to get some extra buyers! I hope it all works out fine for Dee and maybe we’ll see him again and again (on stage)!