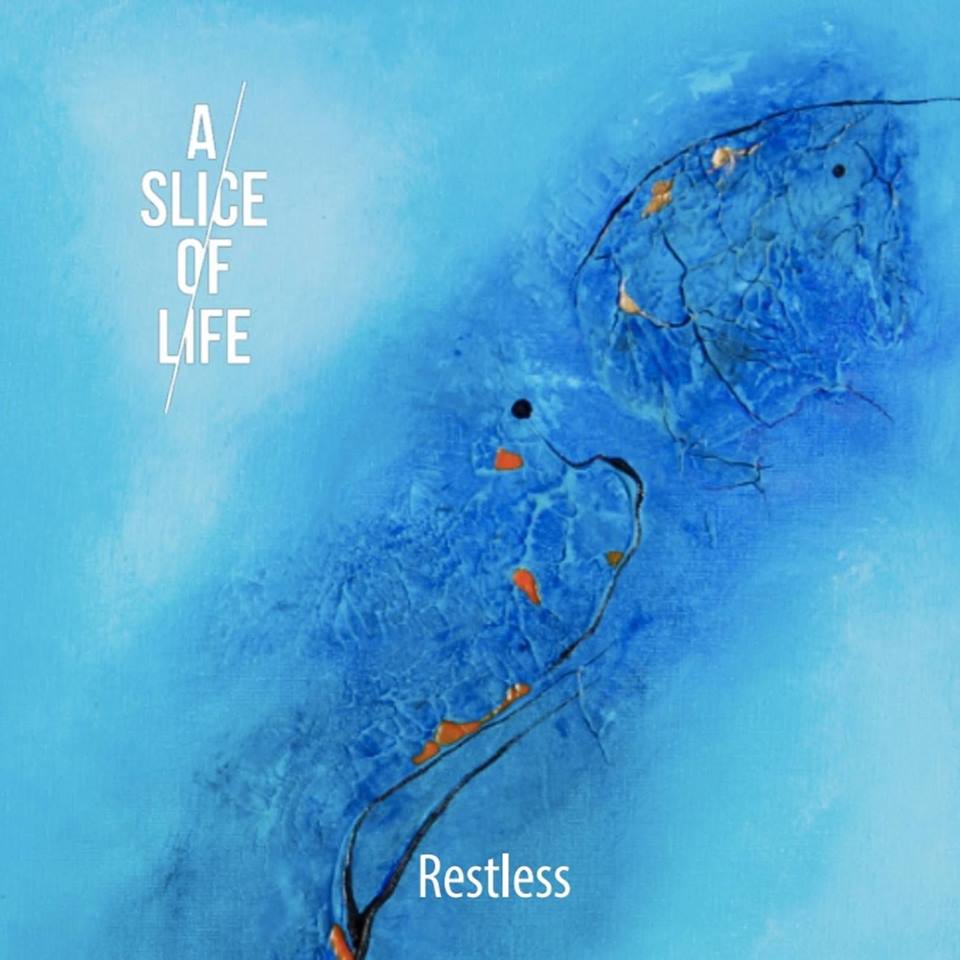 They started in 2016, but if you look at most of the members CV you can see that they have enough experience. Their singer only started singing a few years ago (he’s also active in a The Cure cover band called The Obscure and in So What?). I have seen them on stage at Wol’n Bak festival and that was the exact reason why I absolutely wanted to review them as I adored their gameplay and their style: retro Wave & Postpunk!

Restless Gods starts nicely, with a touch of Sisters of Mercy. You can hear everybody’s talents melting together and lifting the whole song to a higher level. I really like the vocals too. The song is well balanced: fires up, cools down and explodes when needed. This is the kind of opening track that keeps you hooked until the end (not to forget the lyrics as I actually lived the story).

Older reminds me a bit more of The Cure, but reshaped into their own style with cool synths and unforgettable guitar play. It’s catchy and smoothly melancholic. The Marionette has this typical 80’s guitar sound, whilst the vocals sound as if coming from a grave (and I mean this in a positive way). This is extasy for 80’s lovers! I can understand now why they also played at W-Fest (one of the must attend Retro festivals of our country). Dirk sings it in such a way that you can actually relive the pain.

Sweet Sin sounds as if a younger version of Eldritch is singing (like really singing), the bass sounds great and the drums kick in a dry way. The cave sound works fine, just as the little bit of screaming (gives a it a higher tempo and more feel). It’s a pearl (just like the previous songs). Coraline goes on with the retro sound, with incredible guitar play and cool synths. The special effects on the vocals gives it that extra smooth touch. I can actually see people dancing during this track.

Sorrow is a slow track, but filled with emotions brought as if David Bowie or Artaud Seth were in the producer’s seat (and no: it’s not a cover version).This song clearly proves that they can also work out pure emotions without an auditive outburst. Panic attack is a well fuelled gothic rock track and on this one the vocals even sound a bit different (backed up by the rest of the band). I like the changes within the song, keeping it rich and variated. It’s one of those tracks that makes magic work during gigs! We Fight has a nice tempo and a catchy chorus. It reminds me a bit of Wispers In The Shadow (gosh I’m a big fan of this one). You can feel the energy, just the way I really love it!

Life As It Is sounds one of the best The Cure tracks ever, but it’s made in Belgium and that makes me happy. Just give it a shot and make one of your friends listen to it without telling anything and check the response! Feel like crazy explores a bit the same path as the previous track, but is a bit lesser explosive. Liefde is Oorlog is a bonus track that reminds me of the younger version of the living legends called Aroma di Amore. The lyrics are as sharp as the music and I know from their live set that this song really works on stage. It’s a cool postpunk/new wave track and the perfect end for this great album!

My conclusion is very simple: this is my favourite album of the moment and it’s clear that they are ready to conquer the rest of the world!