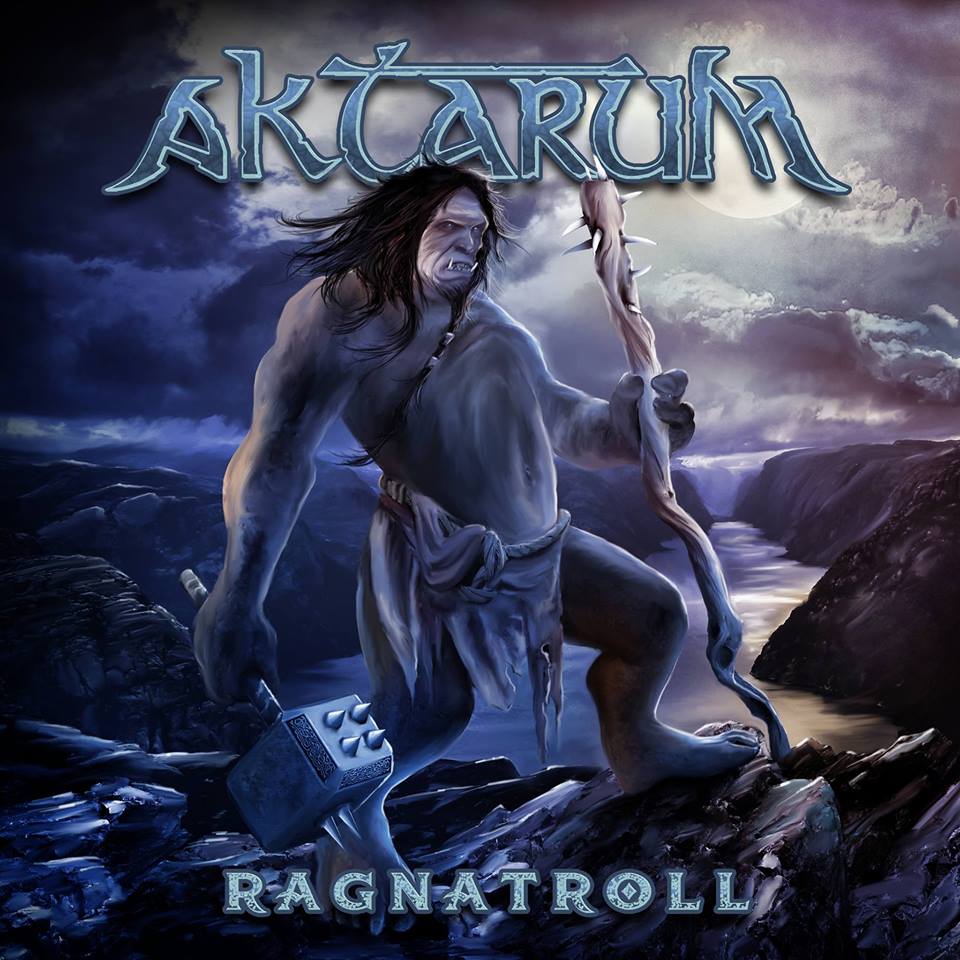 I reviewed their last EP, had a nice interview with them, saw them on stage at the Biebob together with Arkona and Metsatöll. As for today I am really happy to get their third album and dive into their world!

For those who missed it all: Aktarum is a Belgian Folk Metal band born in 2005. The band distinguished itself with their "Troll Metal" sounds and stories. The music combines heavy loud riffing with epic melodies. Telling tales of battles, parties of the village of Aktarum. The 5 Trolls spread those stories on stage, sharing their will of partying with every one.

The album cover artwork was created by the talented Jan Örkki Yrlund from Darkgrove in Finland (Korpiklaani, Apocalyptica, Týr, Stratovarius, Mors Principium Est,...). I think that says enough about what to expect !

They open with Troll Feast a classic opening track with Celtic influences and an epic feel. Once the guitars jump in the speed metal folk party starts! Be ready to crowdsurf and raise your horns! The accordeon reminds me a bit off Korpiklaani. Trolls in the Fog has clearly an Alestorm touch as it sounds as if drunken trolls are having a party in the fog, banging whomever is passing buy and feasting! I love the guitars and the accordeon as it really blends in. Council of Trolls has rally great guitar play in it (same level as Iron Maiden), whilst the tiny medieval touch gives it that special extra to lift the level of the song high enough to make something special from it. Troll Bard starts with an acoustic guitar, nice backings, a flute and the classic accordeon and turns out to be something that gets close to Alestorm until the troll starts to scream and all the nice people seems to run away.

Troll Conqueror goes more into power metal then any other track on this album, but still keeps the metal folk party on attitude! Trolls Woodland sounds a bit chaotic, overpowered as if the trolls can’t work together to get something done properly (and that sounds fitting for trolls, right?). Troll Party starts with funny tunes, ready to laugh until the accordeon, the guitars and the vocals change it into a real party bomb! Troll’s Legacy is yet another party track with a catchy feel, the perfect tempo a a great accordeon who keeps the party vibe going on. Black Eyed Troll digs even deeper into the party time with a strong chorus and powerful backings. It feels like a speed metal folk party, with now and then some time to catch some breath or drink a zip from your bear. Troll’s Grimmoire starts unplugged with an acoustic guitar (some more instruments are added afterwards) and seems to be nothing more but a filler, sorry guys. Troll Flag goes back to their heavy sound, with lots of grunting and screaming and a good up-tempo drive. We are already boarding for the last track: Ragna Troll! Time to get an epic outro with a Wagnerian feel or at least until the vocals burst out and make the horses run fast! One last blast and sounds like the perfect last track for their future gigs! Clap your hands and party for the last time, before the silence reigns again (or simply push the repeat all buttom).

Hell, it was a blast, a real pleasure and I really hope to see them on stage soon enough! Don’t miss their official release party!