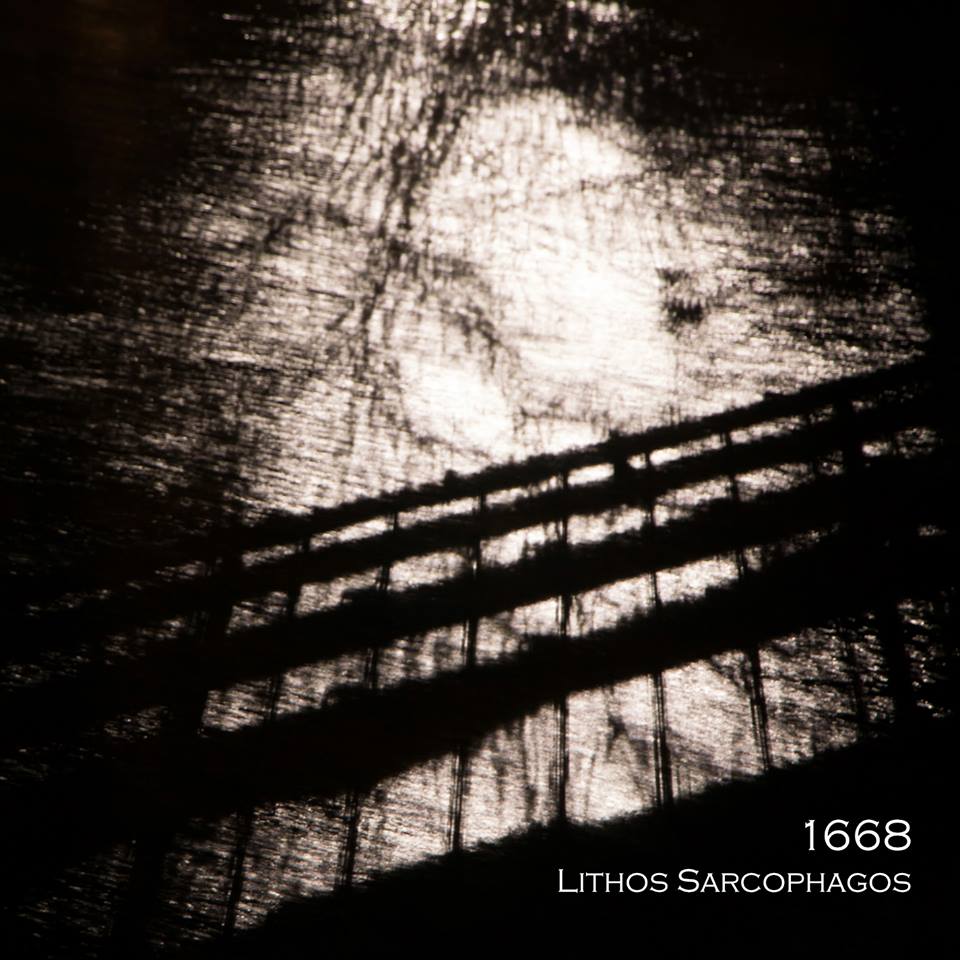 Lithos Sarcophagos started in 2013 as a one man band by Daniel Dante. The idea was to create something independent and create everything, from recording to releasing, all by himself.

The new album 1668 includes 6 songs inspired by a historical Swedish event that took place between the years 1668 until 1676: The big noise / det stora oväsendet, a time when the state and the church hunted people who did not believe in Christianity. This is the fourth album by Lithos Sarcophagos.

After reviewing Siglo XX and Your Life on Hold it’s a bit hard to review something else, but once I lowered my expectations it went better.

Opening track Into The Woods starts with a piano followed by a classic 80’s gothic guitar sound and drums that could be taken out from a heavy metal track. Dante whispers whilst the bass plays pretty loud. It has a spooky sound. The recording quality is not as perfect as the bands I mentioned above, but again: just lower the expectations and it goes in pretty well. I hear nothing new and maybe I’m indeed a bit hard today but just like I wrote in the past: in 2019 it’s time for innovation or for top quality if you want to overgrow the 1.000 other bands who play similar tunes. 1668 sounds like sung from the grave by a dying vampire that has been hunted down and knows he will die, whilst typical gothic rock is playing. Burn Witch Burn has a bit of the sound from 1668. It feels like it’s best to listen to it when it’s dark and you are all alone in the house. You hear some weird noises... very scary stuff. Towards the end the song becomes a regular gothic rock track. The River sounds more like a heavy metal track that explodes from the start with a long and hard scream, raffling drums and wild guitar(s). Towards the end the song becomes a regular gothic rock track. Unholy is a slow one with only a minimal outcome onwards the sound: some whispering and a few noises. Again something that sounds better when it’s dark and you are all alone, without anything else that could disturb or distract you. Last track is In The Soil where we hear some classical instruments getting mixed with a synth piano and vocals sung from the grave.

I know that with this review I might loose some people, but I always try to write down what I feel and do it the way I feel it. I’m sorry If you get the feel that this is just one of those 1.000 gothic rock projects and not as good as the top ones in this genre. Mic out!