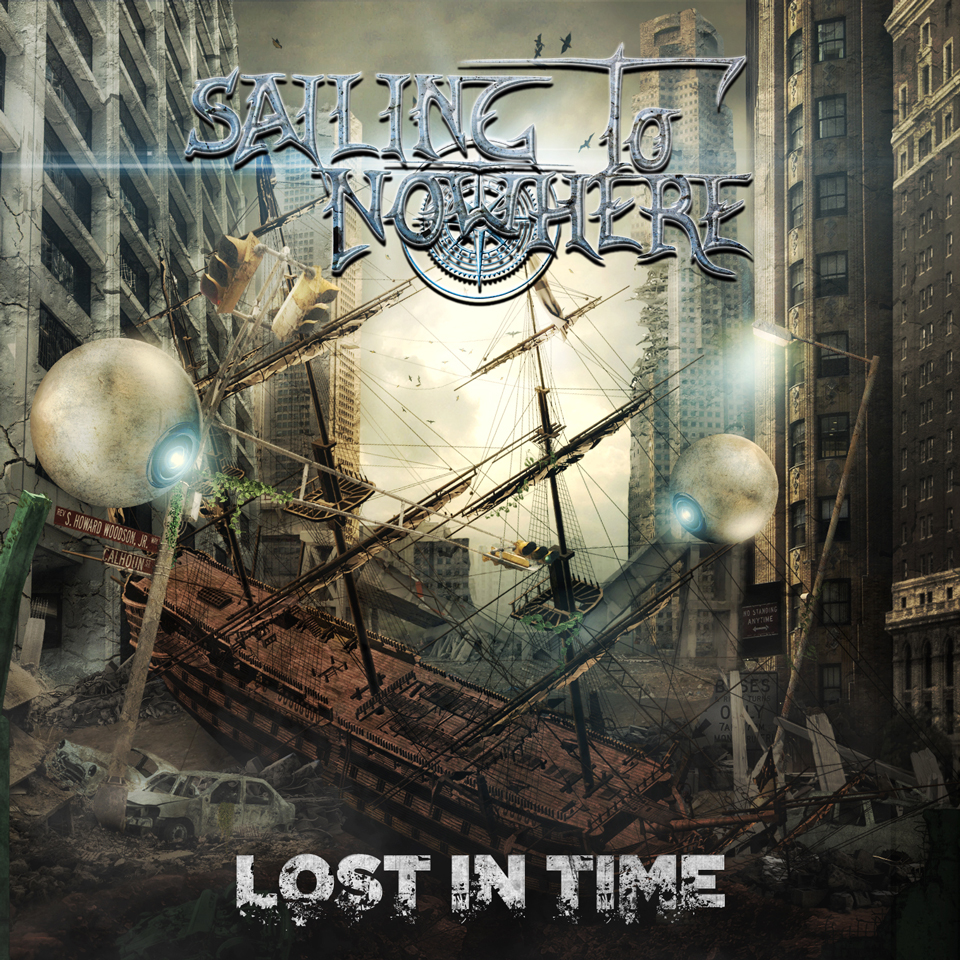 One of the bands who will perform at the Metal Female Voices Fest Japan will be the Italian symphonic metal band called Sailing To Nowhere, so we decided to give them a little push and review their latest EP.

The band uses a facial make-up, reminding Waves of the Sea. The entire band and Full Project are based on the theme Marine / Naval symbolizing The Metaphor of the musician in the modern world as a galleon in the ocean, with all difficulties, storms and adventures to deal with. The music is intended as a journey and a life purpose.

Lost in Time is the Intro and opens this short EP, filled with emotions and nicely build up. Forged by talented people. Scream of the world is the first real song and shows off directly their melodic sound and vocal power. Marco and Sara really rule over their vocal chords and lift this song to a higher level.

Ghost City is not the happiest song on earth and it’s clear what the lyrics are about. The whole story comes to life, meaning the singers bring it with great virtue and real feelings. Two strong vocalist who clearly know what they are doing build up the tension, backed up by a great band. Ending with a blast!

Apocalypse starts with a piano and sounds more as if one has given up all hope, as if this new life is the worst of the worst. Sara leads in the beginning, but once Marco & Fabio Leone jump in it gets a warmer sound and more hope to escape the apocalypse. The least thing you can say that it’s filled with emotions and sounds really rich and well crafted.

Suffering in Silence blows it all up and reminds me a bit of a harsher band called The Unguided, but then with also female vocals (I think it’s mostly due to the more electronical parts). I adore the pumped up speed and the volume given to the sound. Don’t forget to play the air guitar during the solo! Our last night on Earth is filled with emotions and got a great drive. It’s one of the best tracks on this album. Fight for your dreams starts with a fat bass and an energetic flow. Overall it sounds pretty sweet and catchy instead of heavy and aggressive, but it’s a track that will for sure make it during live shows! I can see the feedback from the audience giving it all!

New Life sounds as positive as the title. The two singers have both great clean voices and blend in as if born for each other (actually it sounds better then for example Amaranthe). The song has halfway a weird electro/tribal passage with a synth (if I got it good), but it spreads the powerplay and adds a special dimension to the song.

Start Again gets a bluesy ballad feel, with a great leading guitar and emotional vocals that really fit like a glove! It’s filled with pathos and works really good as last track of this emotional trip!

It was a real pleasure and I’m pretty sure I will listen more to them in the future! I hope their gig in Japan will be a blast!