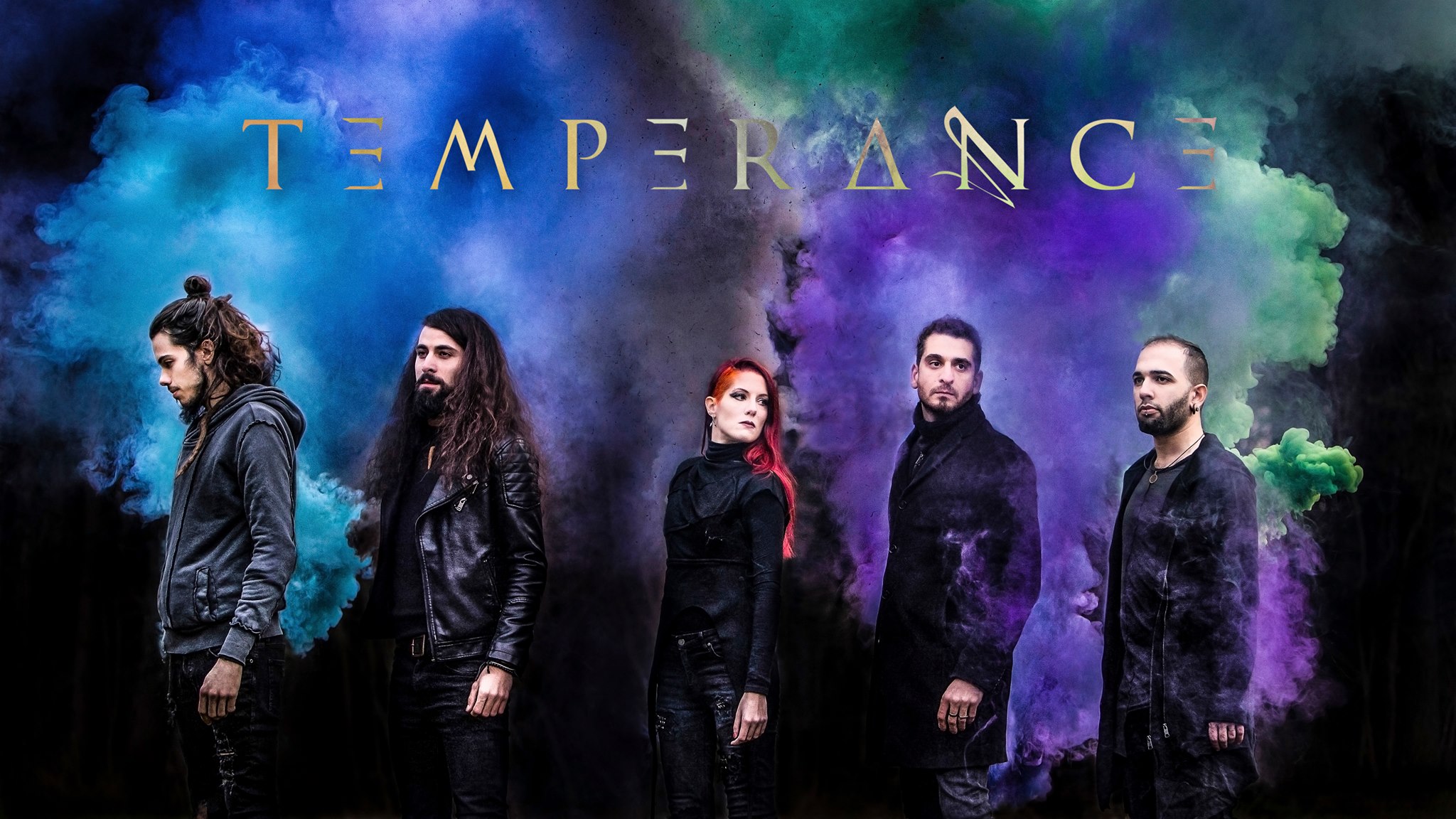 TEMPERANCE is where exceptional vocal melodies, energetic Metal guitar riffing and symphonic atmospheres meet in perfect harmony! Different from most Symphonic Metal bands, these Italians bring together no less than three vocalists, all adding their own style and flavor to the ensemble. The combination of Alessia Scolletti’s crystalline voice, the strong timbre of Michele Guaitoli and the rough vocals of mastermind and guitarist Marco Pastorino, makes TEMPERANCE stand out completely. This vibrant five-piece has now joined forces with Napalm Records and is ready to take the next step!

Marco Pastorino (Vocalist/guitarist/main songwriter of TEMPERANCE) on the new signing:
"We are thrilled to announce that we are joining Napalm Records for the release of our next album! They are the best team possible to be part of for the most important chapter of our career. We are working extremely hard to give you the best Temperance album ever and we are looking forward to giving you more updates very soon! New energetic hymns of Melodic Metal are coming your way!"

Sebastian Muench, A&R Napalm Records states:
“We are super thrilled and excited to finally announce the signing of the Melodic Metal Band Temperance. After hearing the 2018 album release of „Of Jupiter and Moons“ and seeing the perform live alongside Visions of Atlantis we are certain this amazing Italian band has what it takes to reach the next level in their career. Fans of Within Temptation, Delain or Visions of Atlantis should be very pleased!”

To get a first taste of this very promising new part of the Napalm Records roster! With Millions of Youtube views, hymns as ‘The Last Hope In A World Of Hopes’ or ‘Of Jupiter And Moons’ seem to prove that point.

Over the past four years the band performed around 200 shows worldwide, including a full European tour supporting Luca Turilli’s Rhapsody, another EU tour supporting Serenity, one Japan tour and finally two own headlining tours in Europe. On top of that the band performed in support of Nightwish, Slipknot, Within Temptation among others! Here are your next chances to meet TEMPERANCE live on tour: