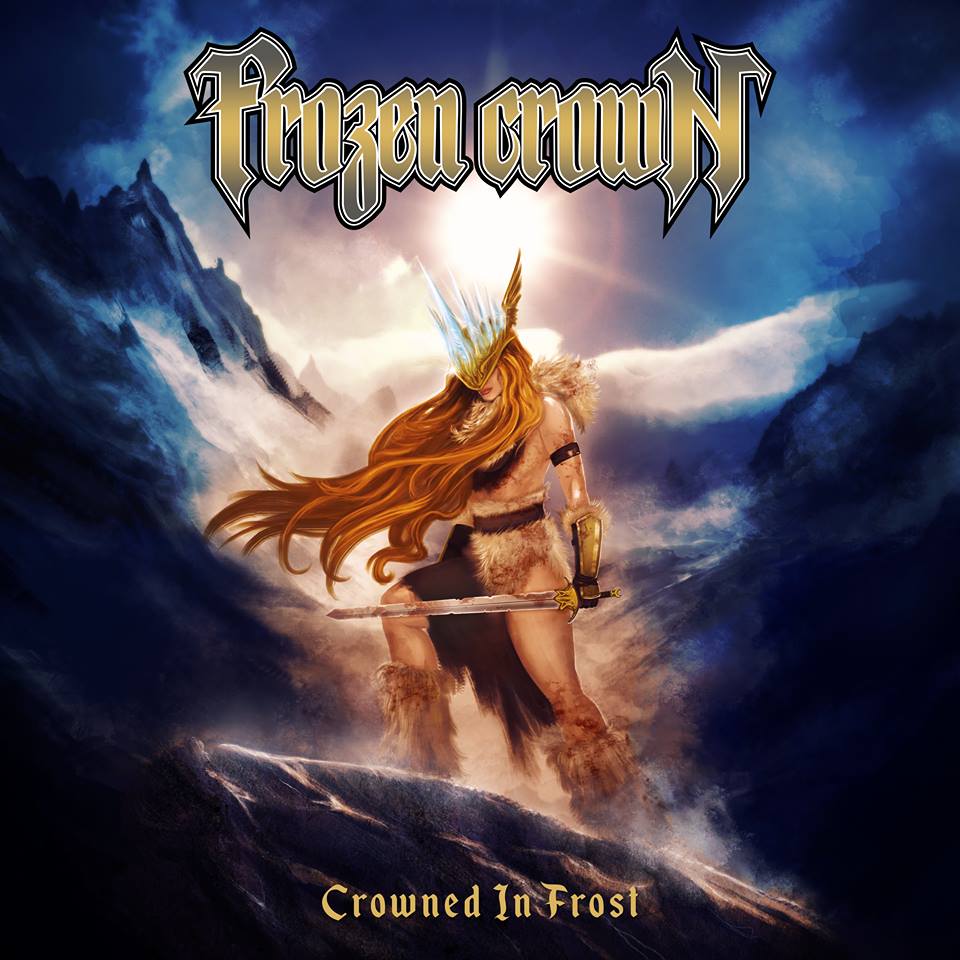 Crowned In Frost is the new album from Frozen Crown, coming a year after the very successful debut The Fallen King, which gave the band huge media exposure (over one million views for the single Kings and two and a half million views for the 4 singles collectively). Their female fronted old school metal sound will blow you out of your boots!

For those who need more info: “This time mastermind and songwriter Federico Mondelli amplified the Classic/Heavy and Power Metal components of the band, making Crowned In Frost an aggressive and monolithic album from the very beginning, still keeping the listener engaged with its rich sound and wide variety of songs, including instrumental interludes and outstanding female vocals, brought to life by talented Giada "Jade" Etro. As with the first album, Federico wrote the music and recorded all guitars and keyboards (being an all-round artist he designed the beautiful artwork as well), whilst the drum parts were arranged by drummer Alberto Mezzanotte. Lyrics are once again the result of the joint efforts of Giada and Federico. Production duties have been handled by Andrea Fusini. Crowned In Frost broadens Frozen Crown’s musical landscape still keeping intact an uncommon taste for melody and catchy refrains.”

They start with Arctic Gales a short but smoothly played track. With Neverending we hear the real potential of this band for the first time: nice and powerful clean female vocals mixed with guitars on fire and raffling drums. It all sounds very melodic and worked out into the smallest details. In The Dark sounds like a sweet and female fronted version of Iron Maiden, set on fire. There is even some time for a short duet during a break. The nice thing is that this song contains a lot of cool twists and changes and thus making it very interesting. Battles In The Night is the perfect example of good female fronted power metal. Winterfall contains some male grunting, giving it an extra dimension, lifting the song to a higher level. The break in the middle illustrates how good Jade can sing. More powerplay comes with Unspoken whilst Lost In Time sounds a bit sweeter and can even be called catchy. The Wolf And The Maiden starts with a synth and a medieval touch but sadly that’s it. It even ends with some soft industrial noises and that’s it. Luckily we get the power metal back with Forever, serving us great vocals, sharp guitars and drums hitting hard like bombs. Another short interlude is Enthroned: nice vocals guided by soft sounds brutally raped by the start of the last song: Crowned In Frost. Which turns out to be a heavy metal minded duet: screams and grunts versus an angelic female voice with heavy riffs and soft breaks. This is called going out with a bang and I like it!

Well, sometimes it’s really nice to review a young band and drive on their ambition and passion! It’s clear that these folks have got what it is needed to become one of the best metal bands of the future! Mark my words!