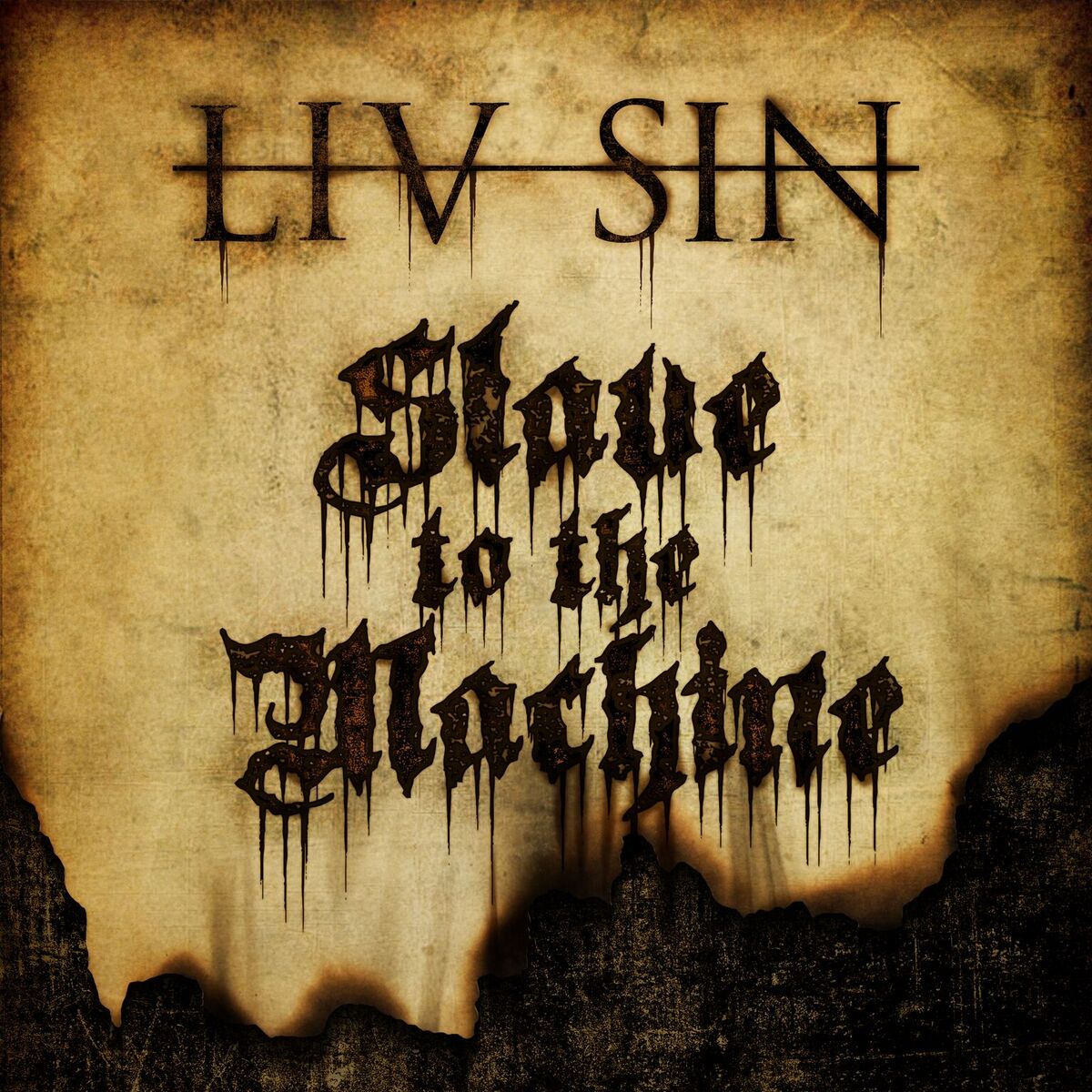 Liv Sin releases the single 'Slave to the Machine'

This coming Friday April 26th 2019, Despotz will bring out the first single from an upcoming Liv Sin-album.

- Liv Sin is the former vocalist of the band Sister Sin who toured around the world as headliners and also with bands such as Slayer, King Diamond, Motörhead, Doro, W.A.S.P and U.D.O

- The band is currently planning their upcoming European tour and is confirmed for major festivals such as Sabaton Open Air and Skogsröjet.

- Their acclaimed debut album (2017) was co-produced by legendary German metal musicians Stefan Kaufmann (ex. U.D.O. & ex. Accept) and Fitty Wienhold (ex. U.D.O.) and contained featuring artists such as Schmier from Destruction and Jyrki 69 of The 69 Eyes.

BURNING SERMONS
Following on from the acclaimed ‘Follow Me’ album, Swedish quintet Liv Sin, led by the unmistakeable vocals of Liv Jagrell (Sister Sin), the band return with the powerful and hard-hitting album ‘Burning Sermons’. Channeling their love of classic heavy metal with a bruising modern edge, ‘Burning Sermons’ is a riff-heavy collection; showcasing the band’s innate ability to match melody with aggressive metal with ease. Jagrell is in particularly fine form throughout, with a voice equally capable of capturing your heart as it is knocking buildings to the ground!

Produced by Emil Nödtveidt (Deathstars) in Black Syndicate studio, Liv comments on their decision to work with Emil; ‘We wanted to explore a more modern sound with some synthesizers on this album. I think that this album might surprise a lot of our fans. I have known Emil for many years, so it was really fun to reconnect. The first moment he sent us his ideas of our demos I was delirious!’

Burning Sermons will be released September 6, 2019.

SLAVE TO THE MACHINE
Slave to the Machine is the first single and will be released April 26.
The band comments about the single;

"In today's world it feels like you are more and more controlled by other people and material things, rather than being able to have full power over your own life choices. That's what "Slave To The Machine" is about.

Historically conflicts used to often be about the people versus "men of power" and society, but today it's also about the worshipping of smartphones, social media and others approval. What does that do to our lives and minds? In the end it might just be another way to control us.

This is definitely a concern for me and I wonder where we are heading when everyone becomes a Slave To The Machine". - Liv Sin

MORE ABOUT LIV SIN
Sweden’s Liv Sin was founded in 2016 and is led by the charismatic singer Liv Jagrell. After thirteen years leading her former band Sister Sin through countless shows across the world, including dates with Slayer, King Diamond, Motörhead, Doro, W.A.S.P. and U.D.O., the band decided to call it quits in 2015. Not one to sit around, Liv soon got the desire to get back behind the microphone and set about finding a new band of brothers. Their acclaimed debut ”Follow Me” was released in 2017 (Despotz Records) and was co-produced by legendary German metal musicians Stefan Kaufmann (ex. U.D.O. & ex. Accept) and Fitty Wienhold (ex. U.D.O.). Showing a leaner, heavier sound, propelled by in-your-face guitar riffs combined with classic heavy metal power. Reviewers likened their sound as a mix of Judas Priest, Arch Enemy and modern American metal such as Five Finger Death Punch. “Follow Me” received a strong reception and the band hit the road across Europe as both headliner and support to industrial metal machine American Head Charge.

Changing tack slightly, the band released a critically-praised acoustic EP “Inverted” in 2018. Produced by Martin Sandvik (Hardcore Superstar), one of the highlights of the EP being the band’s cover of the Danzig classic “Devil's Plaything”.

Liv Sin venture into a new chapter with ‘Burning Sermons’. An album that might surprise their fans initially as the quintet dive deeper into darker riffs with the addition of electronics, but they will definitely love the unforgettable hooks and the more pronounced melodic edge of Liv Sin, 2019!