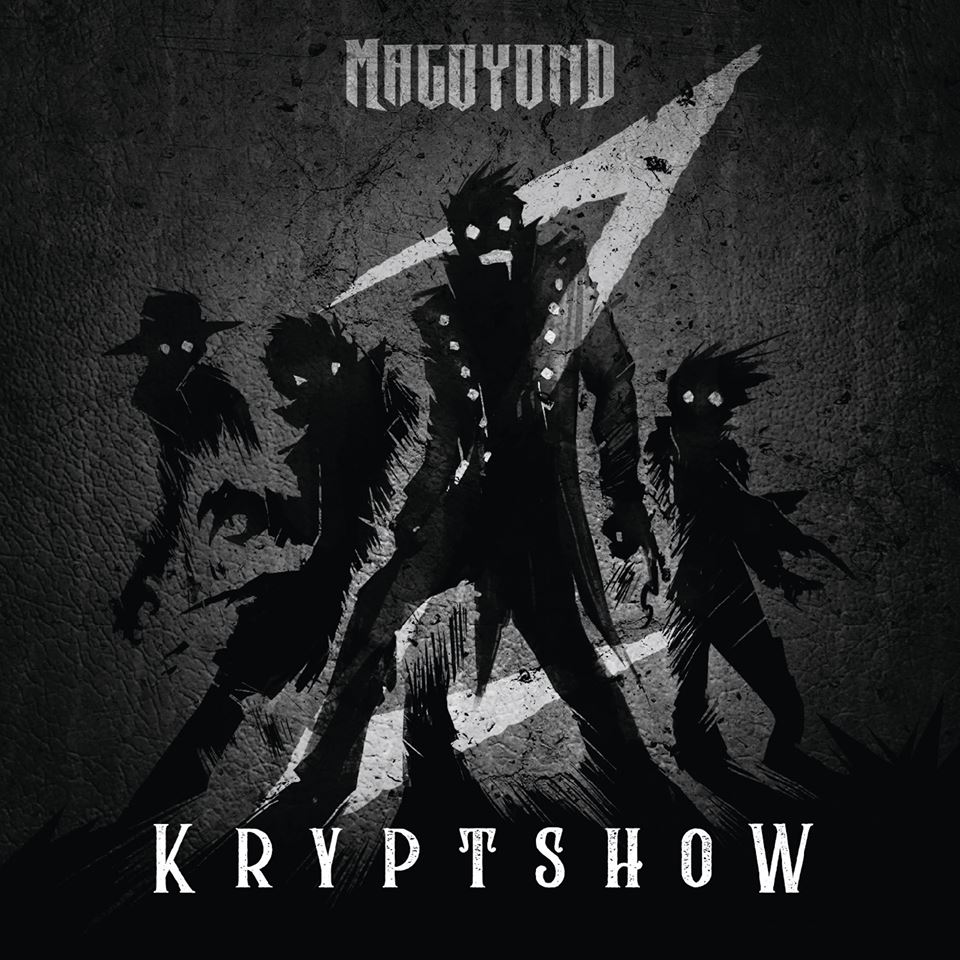 I saw our French friends at the previous edition of Trolls & Légèndes and loved them. With the new edition they launched a new album. The fact that they played now for the second time in a row says enough about them and their live shows! I have been told that their show from this edition was absolutely amazing and pure fun! So here we go!

Magoyond is off course about monsters, having fun and laughing with everything. Kryptshow is the right title for this one as it describes what you get! Their new album starts with Le Chapiteau des supplices: it’s the intro for their show, leading you into their circus or into their horror show aka Kryptshow. The first notes off course comes from the typical circus shows whilst the singer does it all to come to you as the guy who presents you the show. Heavy guitars and bombing drums tells you it’s going to be heavy. Oh, yes: it’s sung in French.

Vegas Zombie (feat. Norieh) is a funny duet on a sound that reminds me some rock & New Wave bands from the 80’s mixed with some B52’s. It rocks and presents the zombie show with on stage off course some cool visuals. Le Manoir de Zack Trash mixes Rammstein with Dracula (but sung in French). Zone Zero starts in a cool way on speeding force with a slice of Iron Maiden (The Evil That Man Do) and some wolves.

Syndrome rocks in a cool way whilst talking about something that kills. Le Magasin des suicides sounds like the swinging sixties whilst talking about all the possible ways to commit suicide as if it’s just a joke. We go back into the heavy metal with L’armée Damnée. Army of the damned as we say it in English rocks in a cool way and for sure a hit on stage! Le Jour des Vivants starts as soft acoustic track, until the guitars shred it all to pieces. The vocals are having a party as it’s the day of the living and they feast as they know it wont last long before the dead take over. Le Croque-Mitaine is a very funny track sung in a serious way and sounds pretty much like the Rocky horror show on stage. Kryptshow is an instrumental track that rocks and swings like hell and is all in all a pretty interesting track (normally I find them boring as fuck, so it’s really a good thing). Last track is Les Fossoyeurs rocks you until the end and is for sure a great one to perform on stage!

I’m really sad I had to miss them at Trolls et Légèndes, but at least I could review the album! They really rock and it’s fun if you understand French. Hope to see you folks on stage soon!