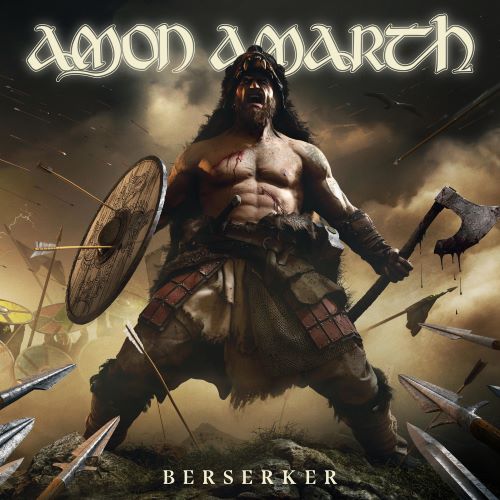 Amon Amarth is one of these bands who grow after each album. They recently figured in a list with the all time top heavy metal bands on our national radio station. I have seen them on stage and really loved them. The last album was their best album so far, so here we go for an hour of prime Viking metal tracks and their 11th studio album!

They start with Fafner’s Gold a classic story about a dragon who looks after his gold in a cave and somebody is going to retrieve it. It rocks and the lyrics are sung in such a way that you understand most of it and that is in this genre pretty unusual, but you could hear it already with the previous album. It’s a pretty cool start! Crack The Sky has been released as their second video: the rambling guitars, hammering drums and clear vocals makes it a good track. Mjolner, Hammer of Thor is another classic story and sounds pretty cool. I feel this one will make a lot of noise during their gigs whilst swinging with a hammer and creating some lightening. Shield Wall starts in a fired up way, with a deep and aggressive voice. It’s war time and we are in the frontline. It’s a beauty and I feel I really want to see this one being performed on stage! A great screamer is Valkyria, a must have for fans of this genre! Fuelled and one of the fastest songs on this album is Raven’s Flight (this was also their first video as part of the promotion for this album). It’s also a pretty epic track with lots of twists, but most of the time flying high and fast! Ironside has a tiny part that reminds me a bit of an Icelandic band called Skàlmöld. This one has someslower parts and can even be called a bit emotional. It feels as if they tried out something else and it worked out fine!

The Berserker at Stamford Bridge is a bit slower than the other tracks, but once after the first bridge the tempo rises a bit, however telling the story sounds more important. When Once Again We Can Set Our Sails sounds like a pretty happy track, almost festive. Skoll and Hati is an epic story empowered by hot guitars and hard hitting drums and screaming vocals. Wings of Eagles sounds as if we are flying along with the eagles: it goes fast and hard with just now and then a moment to catch some breath. Last track is Into The Dark and starts with a piano and classic instruments. It feels a bit as if this one is going to be their last track ever. It’s talking about getting dragged by demons into the dark, trying to fight a way out but feeling you are loosing it all as you have to do it all alone. I can tell you it’s a pretty epic battle, with lots of twists and filled with emotions.

I must say that I expected a bit too much after the last album, but it still ends in ranking just before Jomsviking as their previous one still remains as their best album ever.