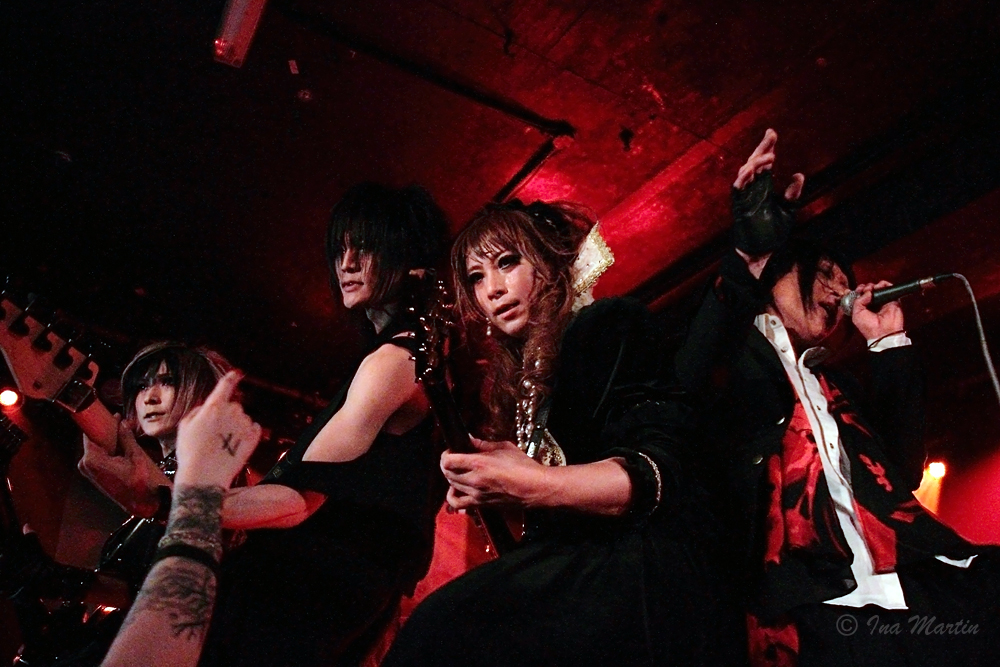 Jupiter’s image might be very Visual Kei-oriented, but the music is definitely symphonic/power metal. Formed by members of the Visual Kei band Versailles, the band nevertheless quickly established the fact that their music is quite different. The common denominator is the strong melodies, which will appeal to all fans who like anthem-like tunes. To add to that, they are absolutely awesome live. So, here we go.

After a great day in Camden with friends, it’s finally time for the main event – the Jupiter concert in Camden Underworld. The first opening act is the French singer Lightning. Now, I’m not entirely sure how I feel about his performance. The songs are very good, his style is great, but I feel his voice is just a little weak live. Everyone seems to enjoy his show, however, so I might very well be the odd one out. I certainly like his studio recordings; they have a great blend of heavy and dance vibe. I would happily jump on the dance floor in a rock club if the DJ played them. 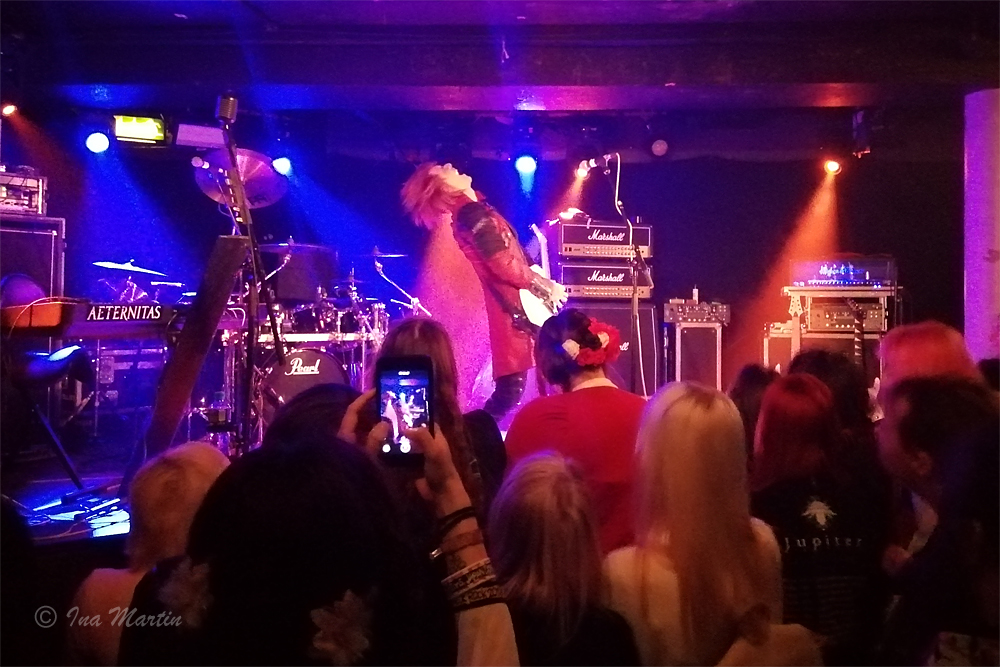 Next come a band I have been looking forward to very much – German Aeternitas. It’s their first UK gig, and they definitely don’t disappoint. Julia Marou’s ethereal vocals are occasionally complimented by guitarist Alexander Hunzinger’s typically metal tenor and the odd growl. The songs are heavy and melodic, and the band has a superb stage presence, which quickly gets the crowd going. Their latest album, Tales of the Grotesque, is heavily inspired by the works of Edgar Allan Poe, and it’s exactly what a symphonic metal album based on those immortal works should sound like – dark and moody, with very strong melodies and beautiful poetry. When the concert has ended, I manage to talk with them briefly, and they express an earnest desire to come back to the UK. I think everyone who sees them live will be all too happy to see them again. Oh, and they offer chocolates to the people who linger behind to talk to them. That’s definitely a first for me, and a pretty awesome thing to do. 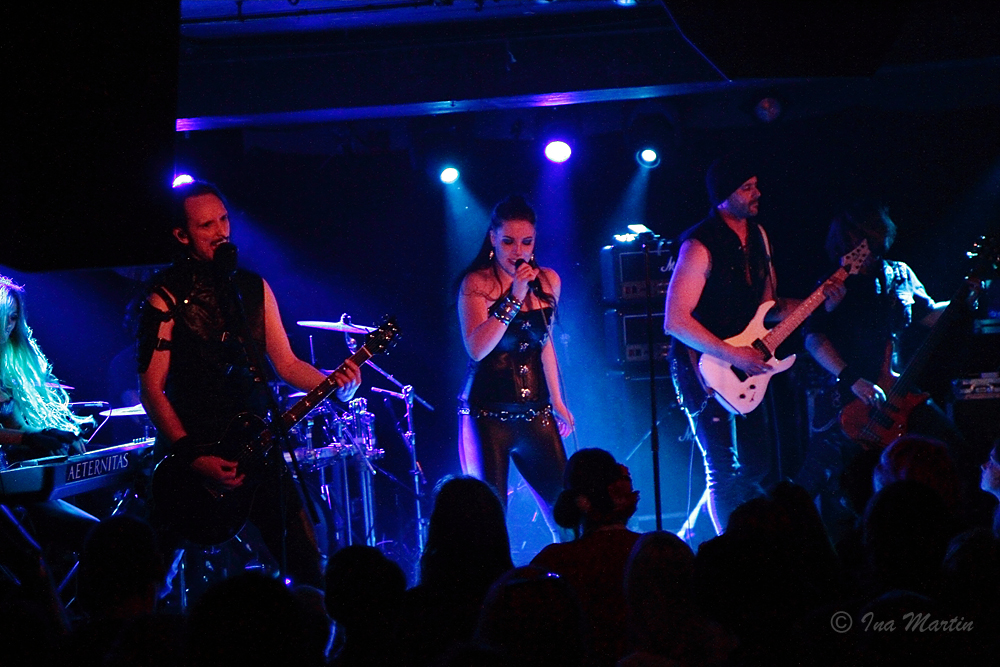 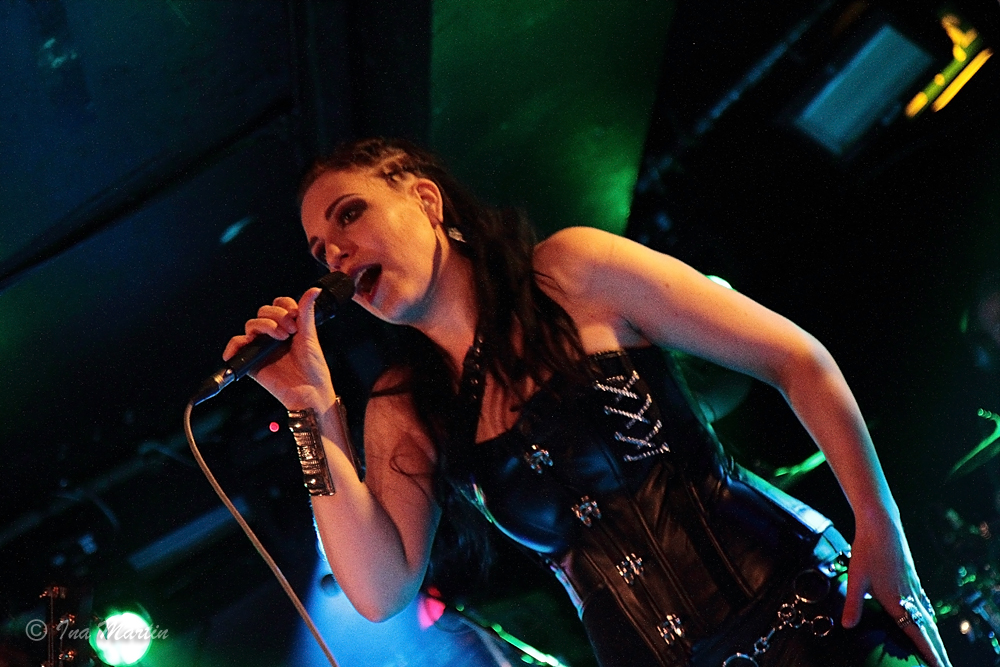 The last opening act is Season of Ghosts. If I have to be honest, their trance/electro metal is not really my cup of tea. That being said, their performance is fantastic, raw and honest and even though initially I feel somewhat disconnected because of the massive black sunglasses Sophia Aslanidou hides behind, once they come off and she speaks about coming out of a very dark period in her life, I can’t feel anything but respect and admiration. Her crystal-clear voice wins me over, and judging by the audience’s reaction I’m far from the only one. 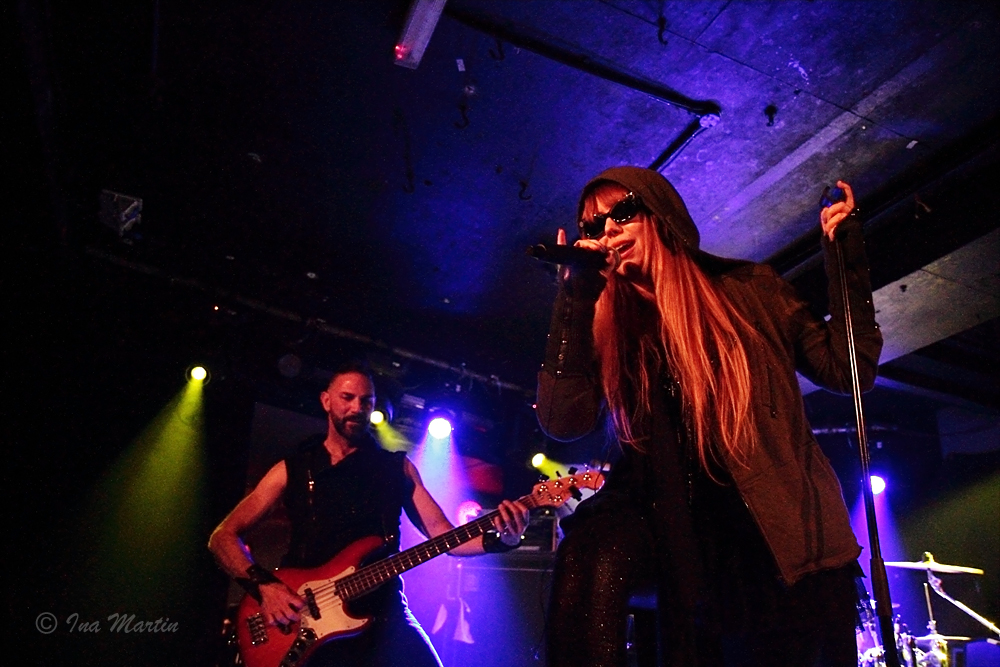 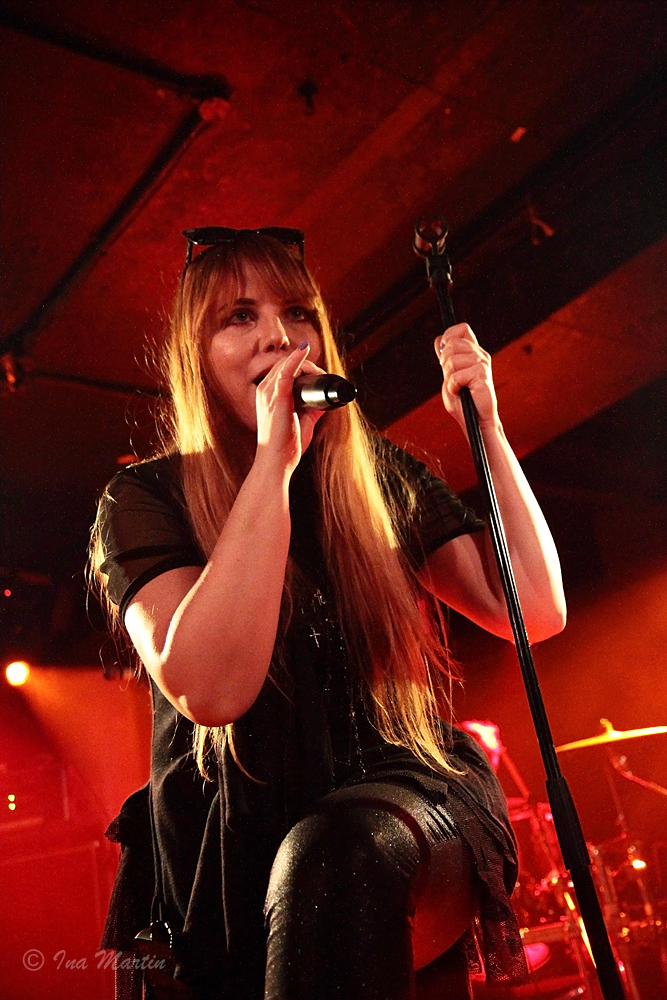 When Jupiter come on, they are phenomenal, but, of course, I had expected nothing less. They offer a selection of songs mostly from their latest album, with old favourites like “Arcadia,” “The Birth of Venus,” Symmetry Breaking” and “Blessing of the Future” added for good measure. New vocalist Kuze’s voice certainly changes the sound of the band, his powerful tenor giving it even more of a metal edge. He prowls around the stage, and I am mesmerised by his ever-changing expressions as he gives his all during every single song, hitting all high notes perfectly. His vocal range is really versatile and fits both the new and old songs. 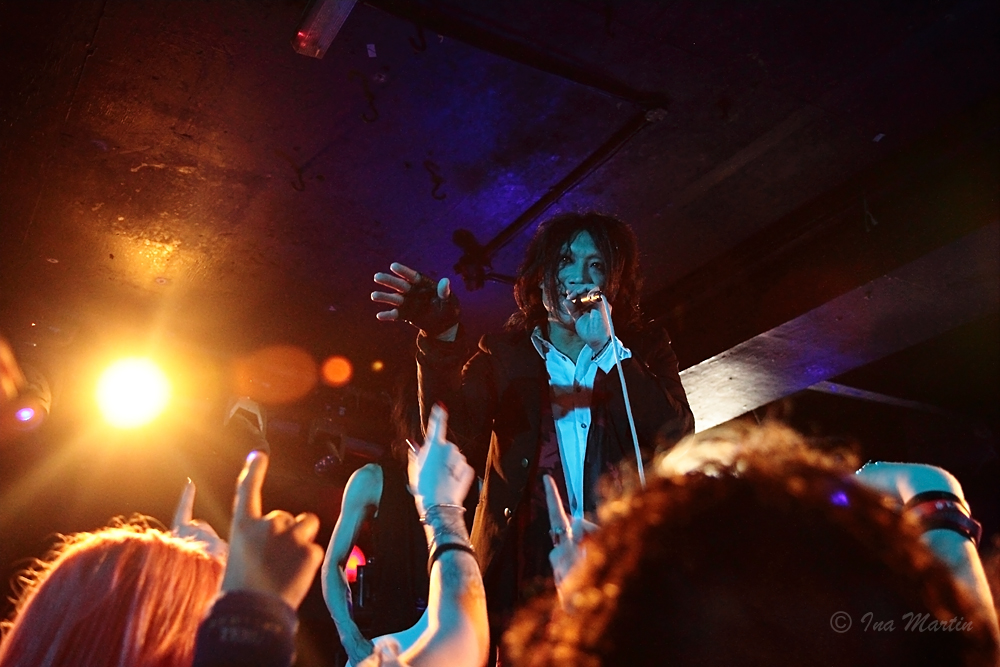 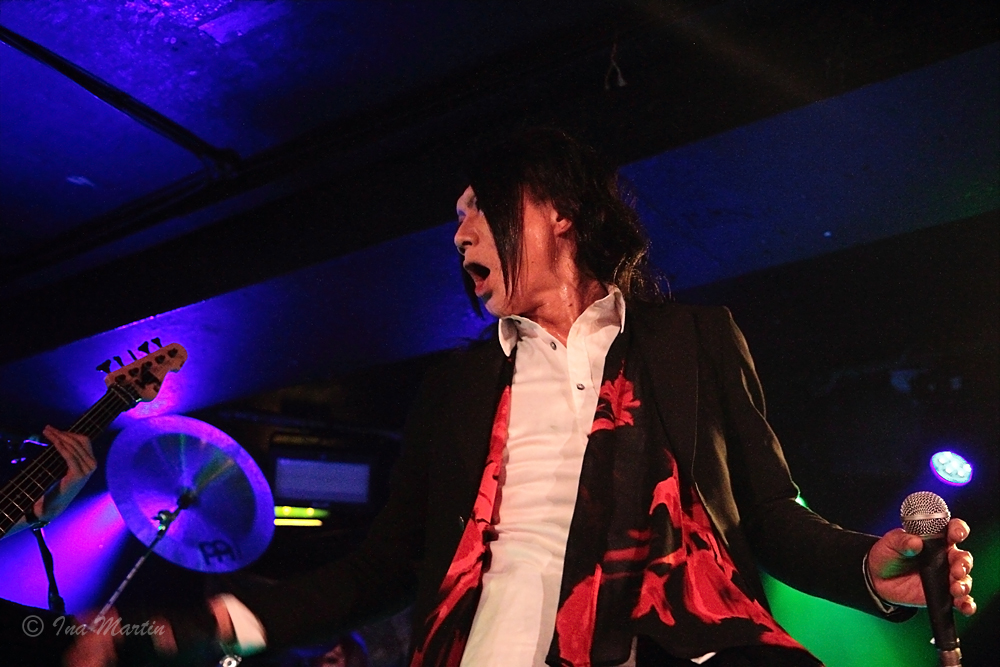 There’s a lot of interaction with the crowd, whether it’s Kuze talking about being in Europe, or Hizaki and Teru getting so close to the audience, that Hizaki almost stumbles into the (more than willing arms of the) front row. The already ecstatic fans go crazy and it's fantastic to see that kind of connection between the band and the audience. 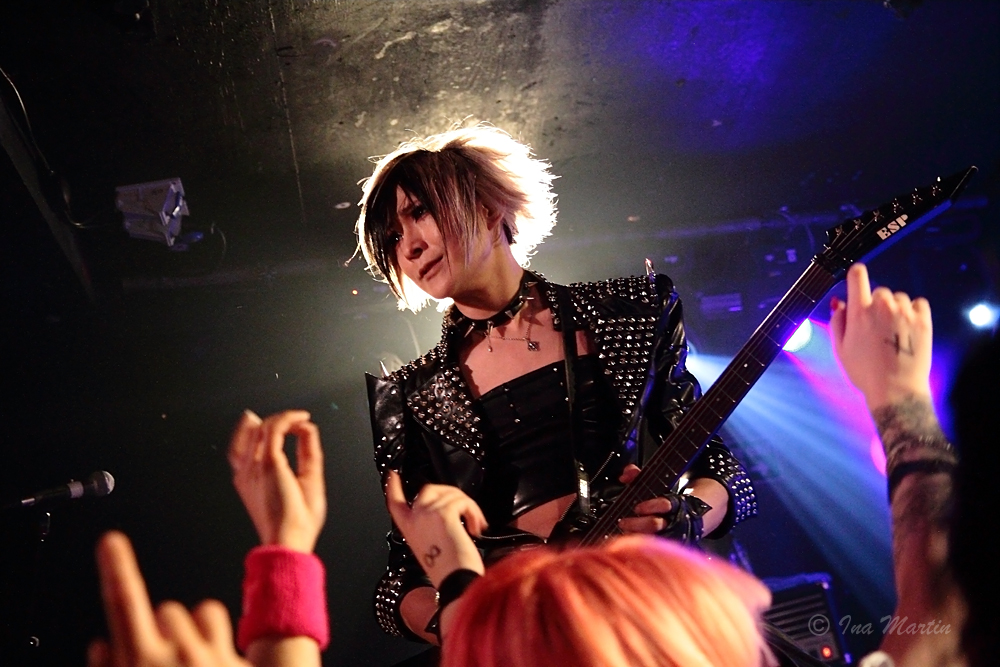 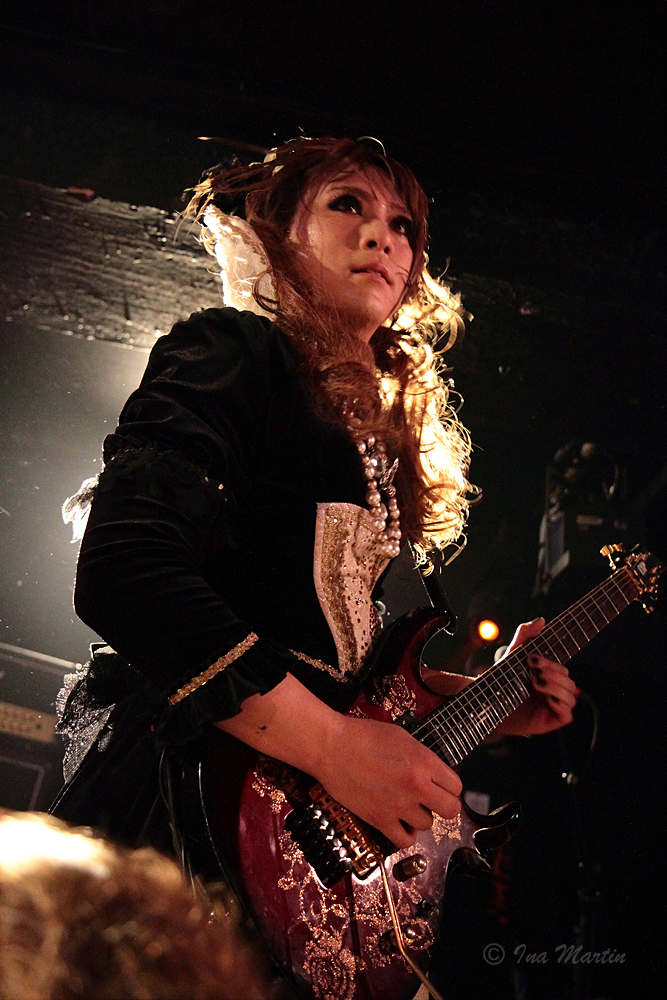 I’m also impressed with last-minute addition Shoyo (ex- Cross Vein) on bass guitar. It’s not an easy task at such a short notice, but he really blends in with the band and does so with a smile. I can’t help hoping that he will get taken on permanently. 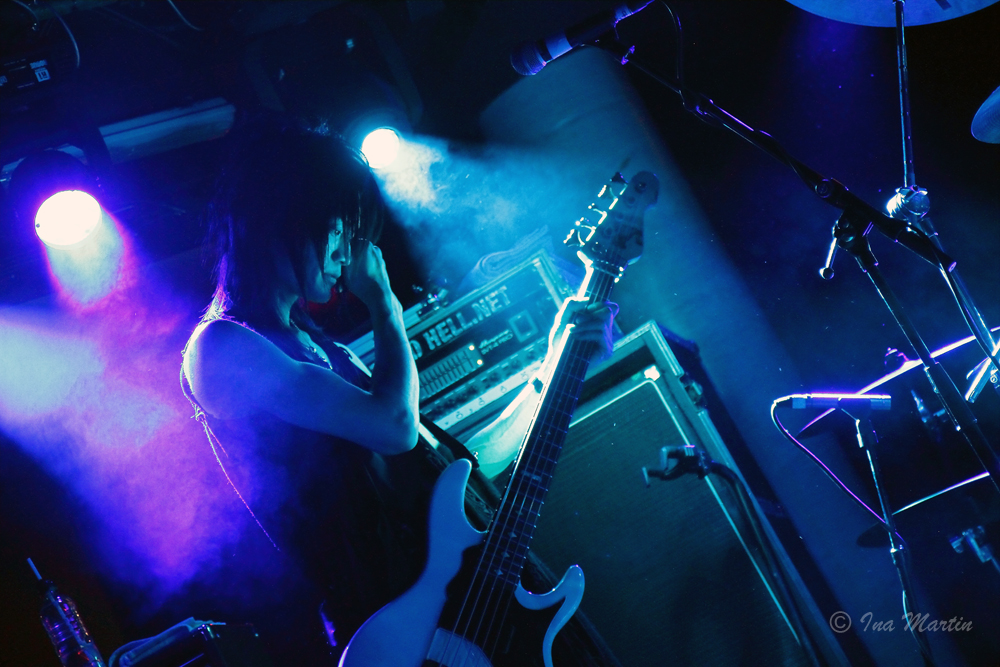 The drummer Daisuke might be hidden behind the drum kit, but of course he is vital, and does a superb job. When I go catch glimpses of him, I can see the concentration on his face.

All in all, it’s a fantastic gig, even if it’s somewhat let down by the lack of front lighting which means that it’s a struggle to get decent photos. I hope that when I see Jupiter next time in the UK, it will be in a bigger venue with superb lighting which does full justice to their show. They are definitely a stadium-type band and I hope they get the worldwide recognition they fully deserve. 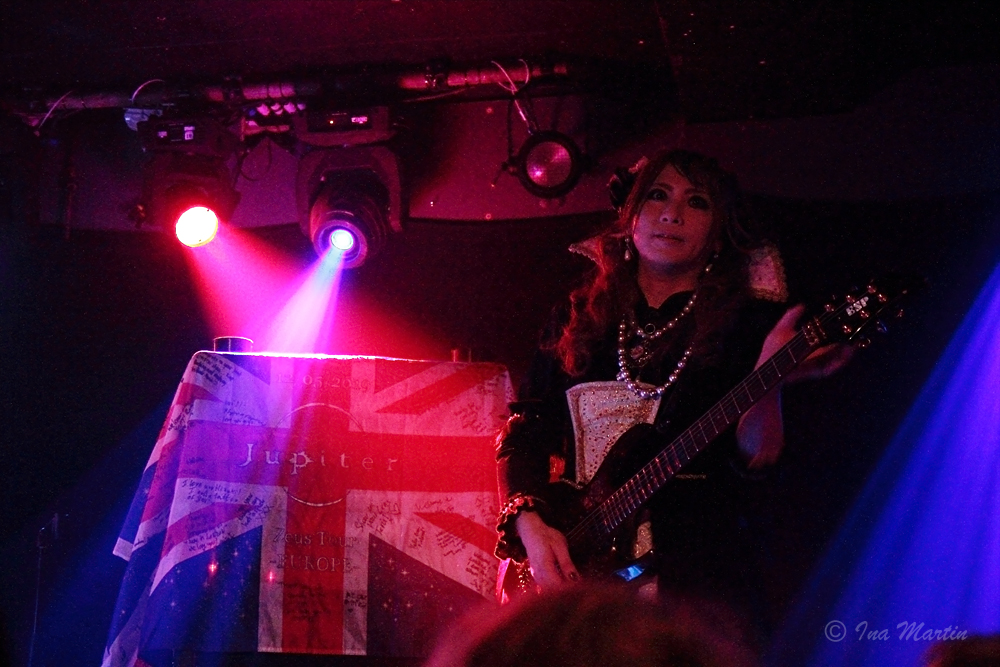