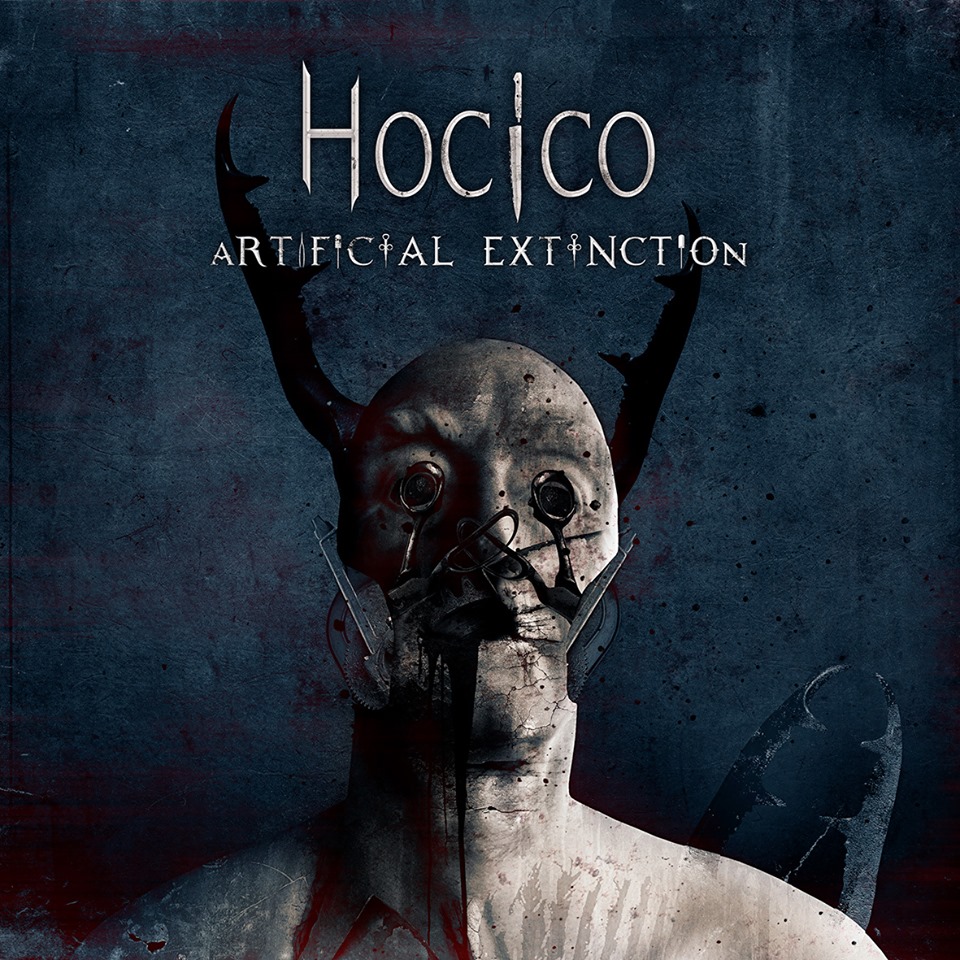 Hocico is a legendary band from Mexico, now living in Germany. They influenced many bands and launched their own style of industrial/aggrotech with harsh vocals and enraged lyrics.

They start with Black Sunday, basically the best track on the album: stunning good aggrotech with harsh vocals and the perfect beats. I like the tempo and the drive, it feels a bit like the best you can get in 2019. Sadly this album also got some fillers (or skippers). One of them is the slow track called El Ballet Mecanico. I don’t even want to spent more words on it. Second best track on the album is the titletrack Artificial Extinction: it’s almost old school Hocico and will make it on several party playlists! Another filler without any vocals is the boring track called Blinded Race. Somehow it has a 80’s feel and sounds like something for synth lovers. Shut Me Down! Brings back the right vibe and is again a good shooter and a perfect DJ track! Start to dance, start to stump with your foot and throw your fist in the air! Psychonaut is not as aggressive as the rest, but I like the beats, the tormented vocals and the computer voice. Damaged brings in some breakbeats and Drum’n Bass mixed with modern bleeps and a screaming rage. Breathing Under Your Feet is yet another filler. This time it has more beats and bleeps, but is still annoying. Cross The Line goes deeper into the drum’n bass mixed with aggrotech with fired up lines. This is clearly their new style and it’s not bad. Palabras De Sangre goes a bit back to their roots, but with the infernal rage. Most of the albums finish with a big bang or at least with a song that makes you hit the repeat button, here they end with the slow one called Quite Zone (in dead silence). It feels like as if you attend a futuristic funeral.

I understand that bands evaluate and change, but on this album they simply put too much fillers. An EP would have been really excellent. Their new move is not bad, so give them a chance and see if the rest of the fans follow!