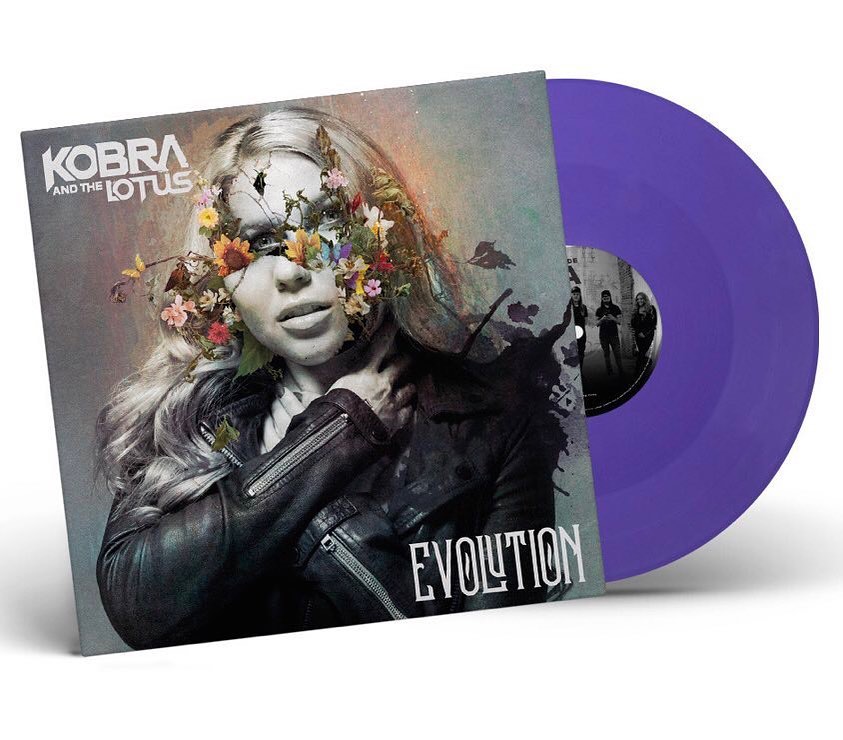 Calgary-based hard rock quintet KOBRA AND THE LOTUS have returned with their new studio album, Evolution, which will get a September 20 release via Napalm Records. Following hot on the heels of their first single “Burn”, today the band releases a lyric video for the new track “Get The F*ck Out Of Here”.

Kobra talks about the meaning behind the song:"Get The F*ck Out Of Here!" Time to get stoked, because this track was made for pumping people up and we're going to keep whipping out the unexpected on this new album. Bad juju... no way. This track is meant to put a fun spin on wiping your life of the predatory relationships that suck your energy dry and to charge you up so you can GTFO! Use it daily.”

Evolution sees the band imbued with a new fire that comes through by way of undeniable hooks, soaring guitar riffs, marching drum beats, and the soulful, bombastic vocal delivery of lead singer Kobra Paige. No longer bound by old formulas and expectations from the past, Evolutioncomes through with a sound that is expansive and, at times, borders on outright swagger. Each song feels like an Active Rock hit in the making, while still having the grit and feverish intensity that longtime fans have come to admire from KOBRA AND THE LOTUS.

Evolution boasts the band's most cohesive and confident material to date. For the new record, KOBRA AND THE LOTUS enlisted the services of producer Michael "Elvis" Baskette [Alter Bridge, Linkin Park, Slash, Sevendust].

“The new body of work sets the tone for the music going forward. Sonically, it’s still heavy. It highlights the showmanship and maintains the edge. At the same time, it’s approachable. It pays tribute to our influences, but it takes the next step. So, it’s a reintroduction to us and a rebirth. A firm goal was to build a strong identity and update everything. We just want to be Kobra and the Lotus; that’s what we’re doing, says KOBRA.

Pre-orders for Evolution are available now over at
https://smarturl.it/KATL-Evolution