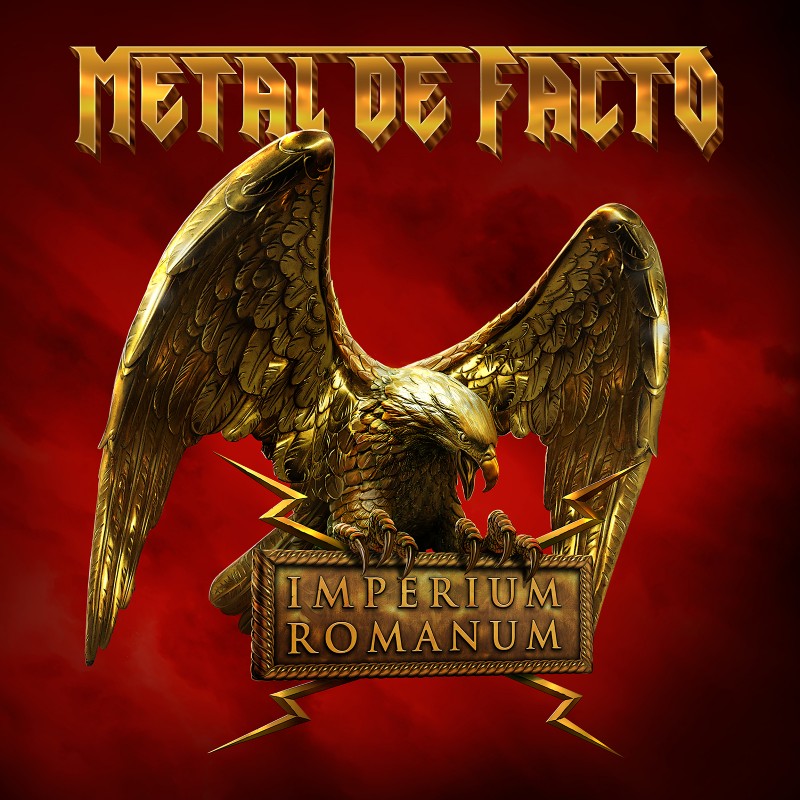 On November 22nd 2019 the debut album from Finnish power metal-band Metal De Facto will be released. You can see it as an all-star band as they all have their own band and wanted to do something really special and lift the genre of power metal to a higher level!

The band was formed in late 2017 by Esa Orjatsalo (ex-Dreamtale) and Sami Hinkka (Ensiferum), who had met and discussed the deeper meanings of power metal in Ensiferum's tour bus. The line-up was soon completed with Atte Marttinen (ex-Kivimetsän Druidi), Benji Connelly (Everfrost), Mikko Salovaara (Leverage) and Mikael Salo (Everfrost). The band promises to “Make Power Metal Great Again” with their powerful sound and epic concepts, ones that deal with different historical themes and mythologies.

After this introduction we go back to the music! They start with TheConqueror. It’s speeded up in a melodic way with nice backings and a singer that could do it within The Scorpions. The guitars and the synth get their moments to rise &and shine too. I like it and get sucked into their epic story. As we are speaking about power metals and they choose a certain period of time it makes sense to talk about the Legionnaires’ Oath. This song is a typical powermetal track, with a catchy chorus and great guitars. Naturalis Historia starts with a rambling bass and keeps on going like as if on fire. Inferno starts with an electronic feel and sounds like mixed with The Unguided until the song slows down. Party time (like only the gods can party) comes with Bacchanalia: it feels like raising a wine glass with some honey (mede) added to it. I like the harpsichord that gives it a special retro touch. Echoes in Eternity is a nice and fragile ballad (acoustic guitar included). Colloseum works again with an harpsichord and one long guitar & bass solo, but for the rest no vocals. Ides of March is one of the best tracks on the album: it’s fuelled, has lots of changes of mood, a high-pitched voice, some raging, some great singing and all kind of instruments that actually matters! The Ascending of Jupiter is the track that made me discover this band and attracted me from the start: the mix of guitars and a bombastic synth, mixed with an ancient story about Jupiter (the God) and mixed with powerful and mind-blowing vocals! They close down the album with Germanicus and it’s a typical power metal track with a high voltage and a bombastic feel and thus perfect to end this album with! Some parts of the backings remind me a bit of Queen, but that’s not the end of the world. And yep: it’s an epic track (9:31)!

Well it’s a strong debut album that makes you long for the next one and also makes you wander what it will be about! Folks: you did a great job!