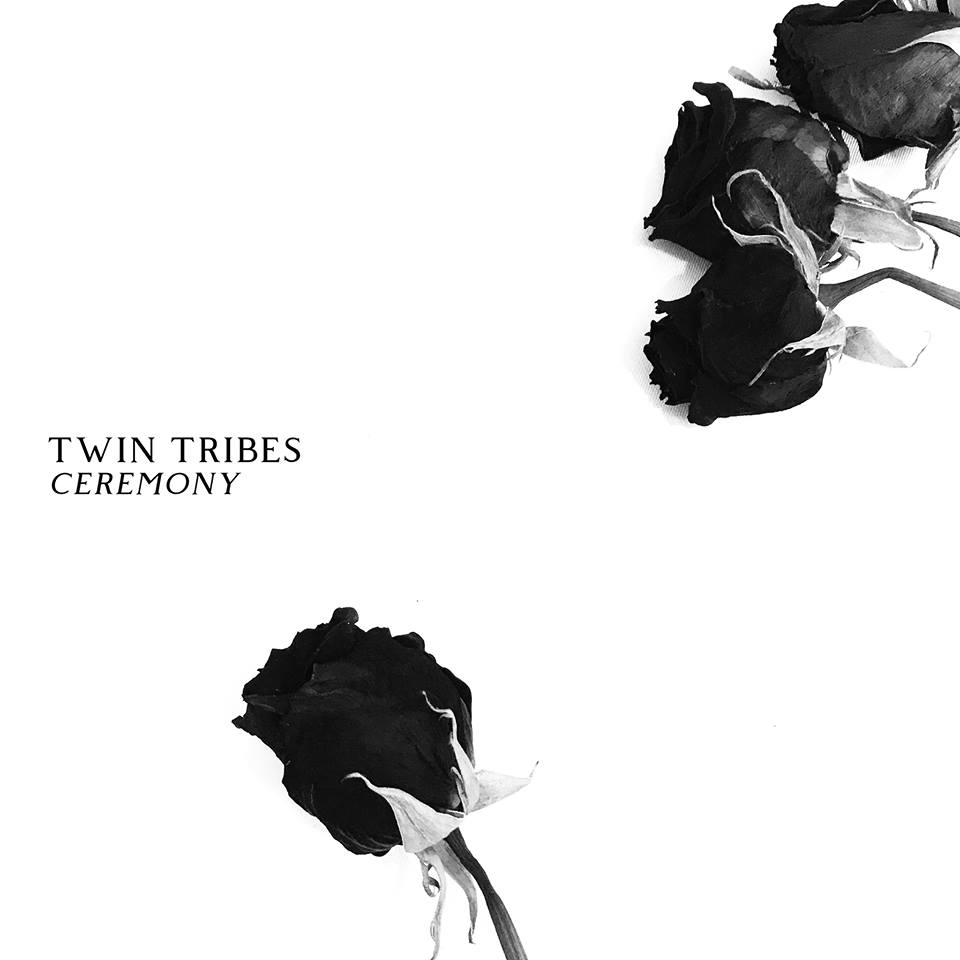 Following up on their critically acclaimed debut Shadows, Twin Tribes announce the release of their new album Ceremony. Twin Tribes has spent a majority of the past year touring the United States and playing with genre prolific artists She Past Away, Actors, Kaelan Mikla, Ash Code and many more. They have established themselves as one of the best up and coming young artists within the scene today. Time to review them!

Twin Tribes now set their sights on their sophomore album Ceremony . Their debut album Shadows, was steeped in darker, occult themed lyrical inspirations. Ceremony is a change of pace for Twin Tribes, focusing on love, loss, pain, life, death and influenced by personal events in the duo's life. Ceremony will be released December 28th.

Exilio is a short track that passes away before you even notice. To me it feels like an ouverture, but with vocals on it. The River has a sound that reminds me about another track but I can’t name it. Hence, within this genre it’s really hard to invent new stuff, so I understand it. Once over it, I can say this track is not bad at all. The backings are great, just like the overall sound. During the chorus the main vocals might have been done a bit better (sweeter), but that is just my personal opinion.

Avalon floats on the rhythm of a synth with Robert Smith minded vocals and a typical retro guitar sound from the 80’s. It has something catchy and might even make you start to gaze at your shoes and you’ll start to dance! Obsidian sounds like the darkest track from The Cure (check Pornography), the vocals included. It’s dark, cold and depressive and I’m pretty sure a lot of people will love it to death! Fantasmas goes faster and has some more effects on the vocals. Here again the vocals remind me of some 80’s band (with a rougher edge). Heart And Feather sounds a bit sweeter and has lovely retro guitar sound. Upir is a bit softer and has that typical electronic drum sound from the 80’s, next to the typical 80’s guitar sound. The vocals sound a bit colder and metallic. VII has a piano synth that leads, followed by the guitar. When the vocals jump in it gets the typical 80’s new wave sound. Perdidos drags lots of echoes on the vocals but has a positive feel and almost makes you want to start dancing and jumping around. It’s one of the best tracks on the album! Shrine has a dreamy touch, a bit floating on negative feelings and yet gasping for the light.

It’s a soft end for a nice album. It’s their second one, but for me it’s a discovery. Despite the fact I nearly listen to this kind of music I was attracted to it and spend time on reviewing it and that says more then enough about it. I hope you enjoy this dark trip too?