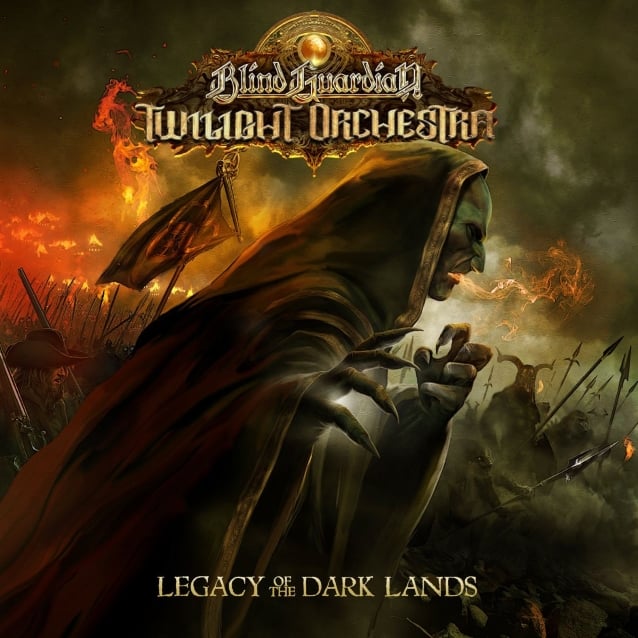 23 years is what it took this symphonic metal to realize this megalomanic project! It was their dream to write their own Wagnerian version of a story that is very familiar with JJR Tolkiens stories. Recorded with the unleashed omnipotence of the soundtrack-experienced Prague Filmharmonic in Prague’s Rudolfinum this album sets a new mark in the history of music as we know it!

24 tracks spread over more then 75 minutes! It’s a lot and it really sounds like as if you are watching a SF movie, however you’ll need your imagination if you want to see the images. The artwork helps a bit, just as the spoken words passages. Another thing you have to know is that it comes close to what Wagner and Freddy Mercury could have worked out if they would have met in heaven and where given a record studio and all the people needed to craft it! It’s bombastic, epic, great, strong, tear jerking, overwhelming, giving you goose bumps, …

I know that some fans are already dissappointed as there is no metal in it, but once you listen more then once to it you will adore it! Just have some patience and give it a try! This is clearly a dream come true for this band and you hear that they worked hard on it and crafted it until they where happy with the result. The result is simply phenomenal if  you dare to open your ears and let go as this is something different and yet the same but in another version.

Just to pick out one song: Harvester of Souls has such an cinematic feel that you a dragged into the story, beaten up by the backings (they come close to what Queen produced ages ago), an orchestra that blows up the sound and renders the bombastic and epic feel. Hansi’s vocals lead the track like a grandmaster! Another feeling is that it sounds as if listening to an opera.

It’s also very clear that their participation in the game called Sacred 2 has influenced them and helped them create their own world. Within the Legacy Of The Dark Lands reigns a world filled with fantasy, fights, evil … The music is your guide here.

I choose to write my review like this as it felt I would tell you too much about it and spoil it for you. Each and everyone need to dig into it and discover it on its own.

For me it was a marvellous trip that reminded me of Wagner, Tolkien and Sacred 2 (yes: I still play this game). Thank you for creating this great wide world and leaving an option for a sequel!