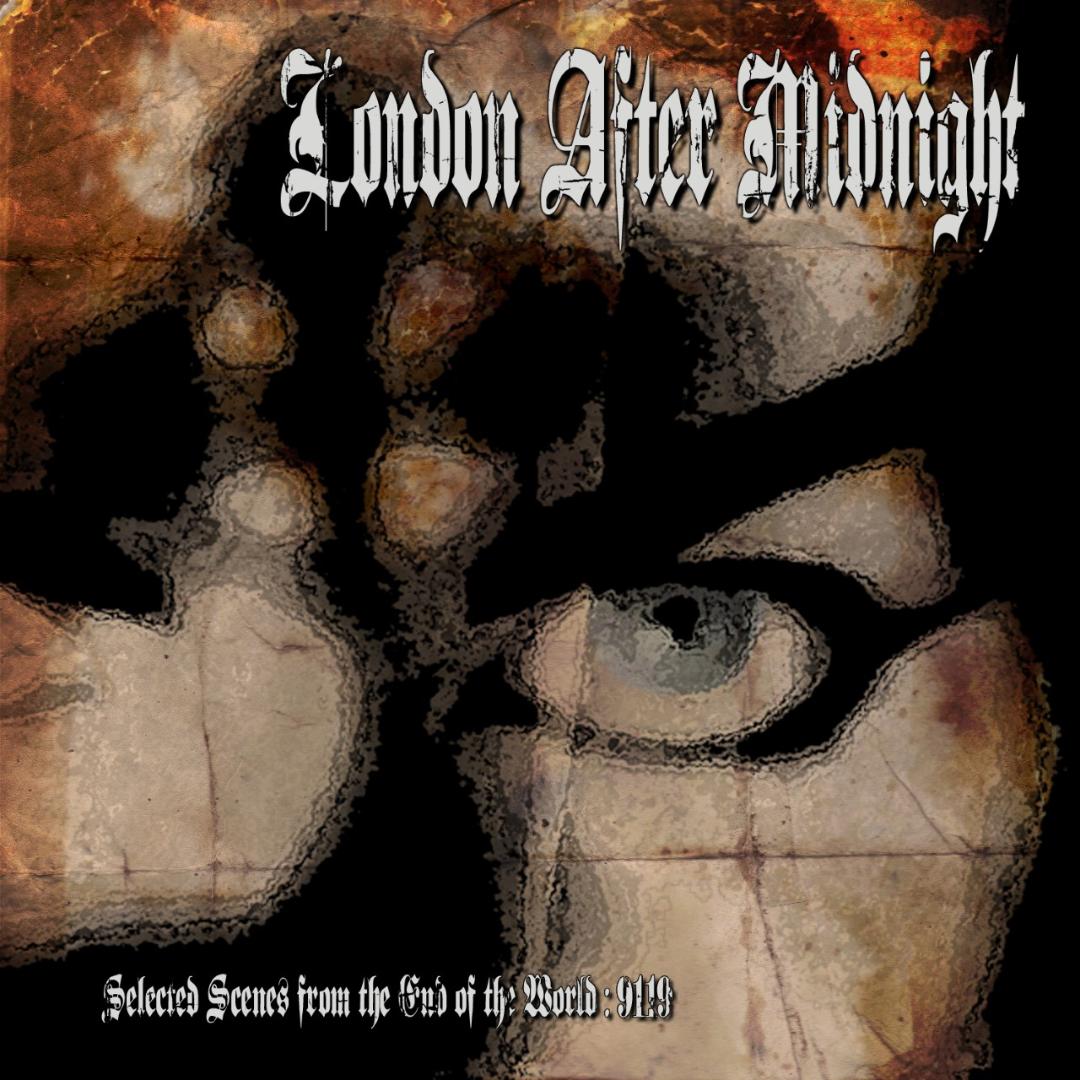 London After Midnight - Selected Scenes From The End Of The World: 9119 (Darkride Records)

Just like Koen Asaert who reviewed this album in Dutch, I have also an history with this album. I just can’t remember if I reviewed it in 1991 or the Trisol issue (2003) of it or maybe I got a listen to it via an ex with an excellent taste of good music. Fact is that I can’t find this album, except on a K7 (as a copy).

The band reworked the album, added some more magic and details to it, just as some special tracks that don’t figure on the original version. And for the nerds: 9119 refers with 91 to the year of the original version and 19 to the new year of reissue.

This Paradise is a typical London After Midnight track: a charismatic voice, a dark gothic feel, a horror vibe, some killing, some blood and a possibility to dance on it. The instruments are great. The guitars are all great and I wonder why I never saw them on stage (I checked: looks I should have gone at least once but was sick). This song should be on your playlist (like a lot of tracks on this album). Another great track is Black Cat. Gothic erotic are the first words that pops up. It’s a very sticky song with an hypnotic sound. Revenge is an ANTI-Nazism song, don’t be wrong! It’s once again a very strong and enchanting song that sucks you into their dark world. It’s always cool when one tries to open your eyes about dark and dangerous things in our common history!

Spider And The Fly is for sure a classic track on this album (that almost sounds like a best of). The beginning is pretty scary. The bass and the guitars sound like typical 80’s whilst the vocals are o so typical gothic minded. The chorus is catchy as hell!  Also very catchy and o so epic and moving is the love song called Sacrifice. It’s for sure one of the highlights on this album! Every note tells you it’s the result of excellent song crafting!

Another very catchy track Your Best Nightmare: it sounds dangerous, dark and very passionate. It’s an excellent example of a great gothic rock track! I like Sean Brennan’s voice, just as the guitars.  Claire’s Horrors sounds like the follow up for the previous track, with a bigger horror feel on top. Th synth sounds as if Frankenstein could come in every moment, joined by count Dracula.

Ignis Fatuus is a sort instrumental piece that takes you into the horror story of this album and is over before you even noticed it. Until now it wasn’t on the album. Trick Or Treat didn’t figure on the original album but on the 2003 Trisol version. NO it’s not an Halloween track, but rather aa philosophical one dressed up in a gothic robe (almost like a drag queen). Inamourada also only figured on the 2003 Trisol version and has a very loud synth in the beginning after which the drums and bass take over. Sean sings with a very sweet voice but doesn’t hide the darkness in it. Somehow this song sounds warmer and louder then the rest of the songs on this album.

Next to this we also get the 2003 versions of This Paradise, The Black Cat and Trick Or Treat (20039119). On top you will also get the radio edit versions of Sacrifice (Radio edit 9119, without the Nazi’s shout outs) and Revenge (radio edit 9119). They also added 2 demo versions for the fans: Claire’s Horrors (Demo Version, where indeed some things are not top, but you can hear why this song ended up on the album) and Your Best Nightmare (Demo Version, not much difference except for the sound that is not crafted like it should be, but that is normal for a demo version).

Well: If you missed it all in the past then this is tour opportunity to grab it! New fans can finally discover another great band that influenced a lot of bands without knowing it. For me it was a cool trip down memory lane and made me listen to their other hits as I kinda forgot about them. I really hope to see them some day on stage and why not at W-Fest or some other great festival in Belgium!

This album will be a perfect X-mass gift!

Note: I also found back a review of an excellent album called Oddities, Live rare … (on Apocalyptic Vision). Published in Dark Entries April 1998. Seems like I also loved that one! If you don’t know them that well check out one of their biggest hits: Kiss (a dancefloor hit)!