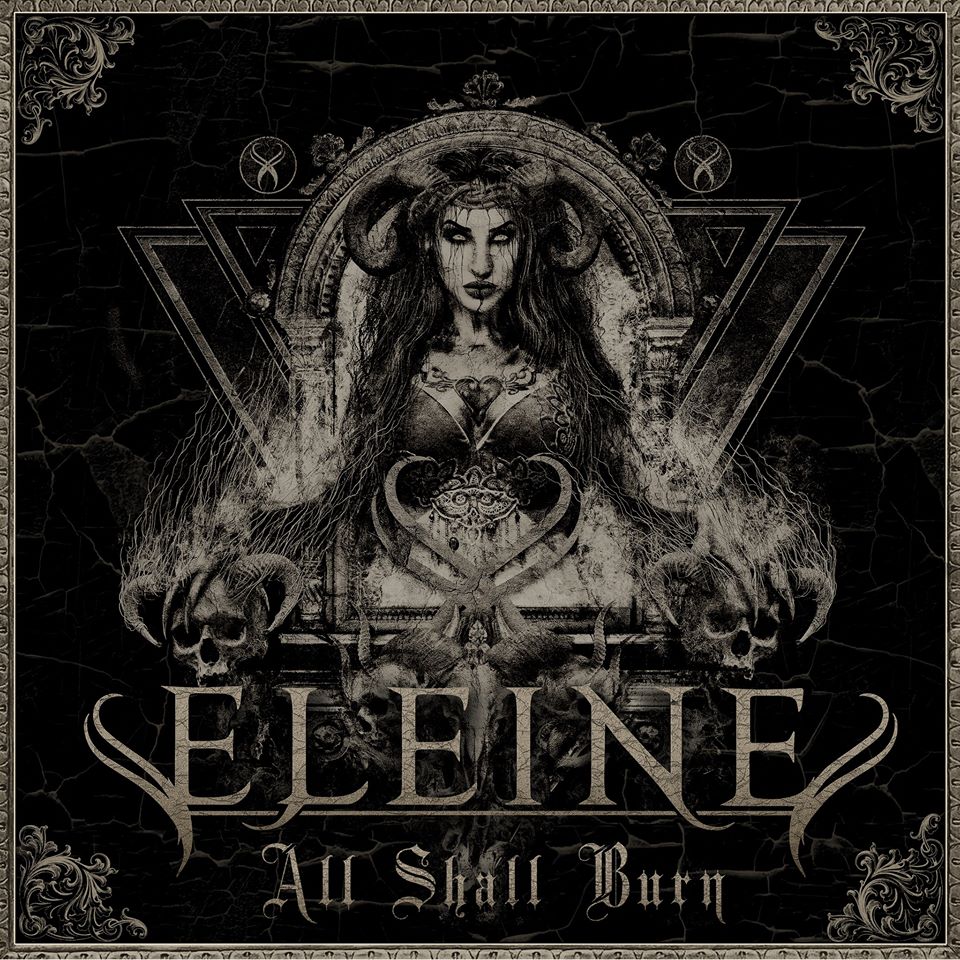 Eleine is symfonic metalband from Sweden. Madeleine Liljestam (vocals) and guitar /vocals Rikard Ekberg (guitar/vocals) started up this band in 2014. They launched some singles and 2 albums they toured all over Europe and even went to Japan. Eleine is back with a brand new EP called All Shall Burn.

Enemies is a powerful and epic opener of this EP where Madeleine and Rikard prove from the start that they both have the right vocal strength for this kind of music. She reminds me a bit of Evanescene. All Shall Burn is more into the symphonic part and has a Wagnerian touch. Rikard proves that he can also sing in a very clean and clear way. It’s a beautiful track that will for sure make a great time once performed on stage! Mein Herz Brennt is off course a Rammstein cover. Sadly it sounds too much like the original as I hoped they would do what David Bowie did with his own song called The Man Who Sold The World: create something totally new and just keeping the lyrics.

Hell Moon (We Shall Never Die) almost sounds like coming from a movie: it has a lot of bombast, an epic feel, lots of emotions and tones of symphonics! During this song we hear why Madeleine is a great vocalist! Rikard has also his part in it and sounds nice and clean.

They end with a more symphonic version of All Shall Burn, changing it into an even more bombastic song, but without the guitars (replaced by lots of strings and percussions).

Well: it’s not bad, but I feel like it’s another attempt to reach out with songs and genre’s that are getting less and lesser people attracted to it. This niche is already dying slowly, so I fear that they will get far with it but at least they can say they tried! I leave it up to the people who might buy their music!