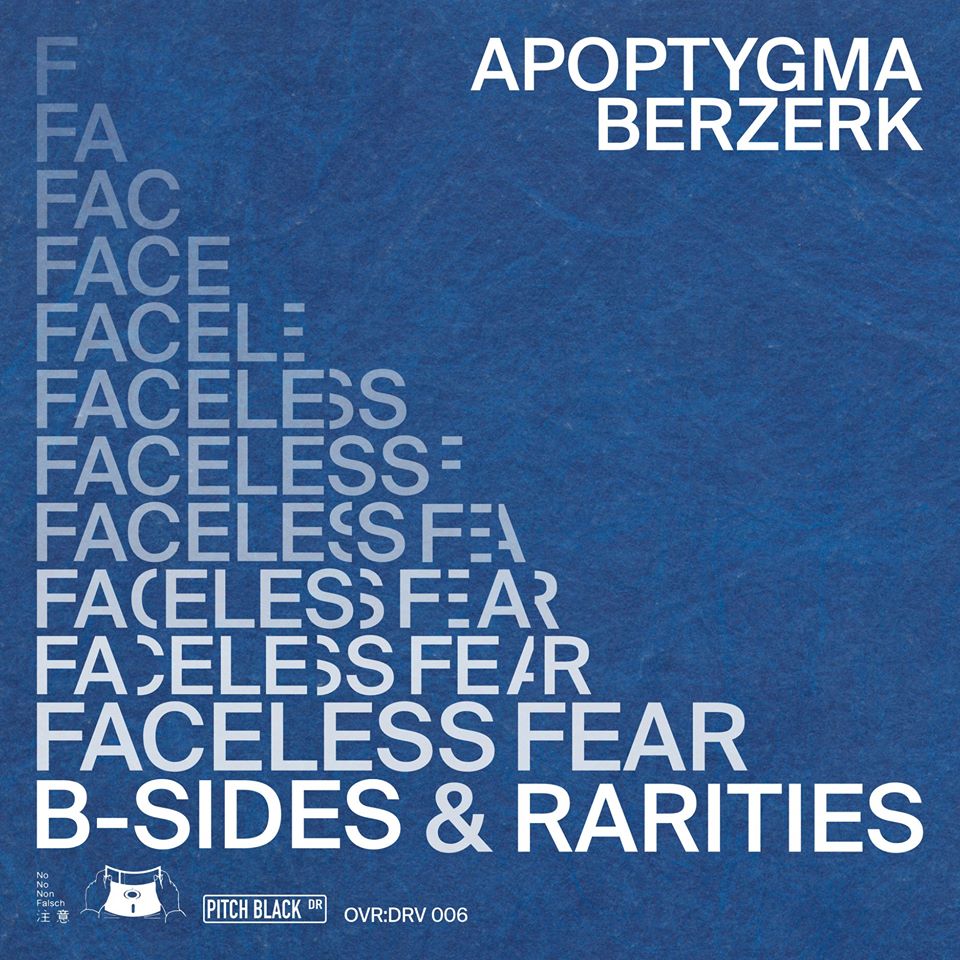 As many bands can't tour and most of them are in lockdown they search for other ways to keep their fans pleased. Well Apoptygma Berzerk started searching for rare material and will release it via their digital channel. Let the Norwegian EBM come down on you and start to dance!

Rocket Science (LP) For the first time on vinyl! Now sent to test pressing and will be put into production as soon as the test pressing is okay'ed. (300 copies limited edition red vinyl and 700 copies in turquoise vinyl) Release date: T.B.A.

Nein Danke! (12" EP/CD EP/Digital) Now sent to test pressing and will be put into production as soon as the test pressing is okay'ed. Also here, 300 copies in limited edition yellow vinyl and 700 copies in clear vinyl. (Colors subject to change on this one!) Release date: T.B.A.

Digital only release called "Faceless Fear (B-Sides & Rarities), a 12-track compilation will be out 1st. April, BEFORE the "Nein Danke!" and "Rocket Science" products hit the shops/online retailers. This is the first in a series of AT LEAST 3 compilations with rare B-sides, remixes, unreleased tracks etc that is NOT available digitally at this time. And yes, before you ask, we are considering (after making them ALL available digitally) to make a "Best Of B-Sides & Rarities" (2xCD) of the most interesting tracks!

Svartpunkt., the Swedish magazine about underground/electronic/goth/post-punk music will have an exclusive track (Soma Coma) from the "Nein Danke!" EP on the CD that comes with the next issue of their magazine. This will be in April from what we understand.

Music is an important and necessary "escape" from the stress of life, and especially now! So we look forward to giving you some new material to dive into, and another opportunity to escape the current state of the world.

Take care of each other, stay safe, love thy neighbour!

The album starts with Faceless Fear. The song sounds pretty soft with a tiny retro electronic touch and a sweet voice. We are right now facing our own faceless fear with the intercontinental spread of Covid-19 and this song reminds you of it in a gentle way. Apoptygma Berzerk is off course not a heavy metal band, but I can imagine how it would sound like. Untitled 5 has something hypnotic, almost into deep house. It’s hard to find another title for it. Back on Track (Northern Lite Remix) is not bad for a remix as they kept the soft and sweet touch, with some melancholy. They took away the guitars and pitched the female backings a bit and that is a good thing.

Mourn gets remixed by one of my heroes aka Mesh. I really adore this new touch. It’s like mixing 2 great stars and creating a third and even bigger star! The sweetness and the bitterness lifts the track to a higher level, just as the extra sonic boosts! In this case the remix is simply better than the original and gives it the needed boost! It’s one of my favourite tracks on the album! Unicorn(original version) is a classic track and it’s always cool to hear the original track. Until The End Of The World(Ladytron De-Shape) is a complete reworked version. The stomping beats are great, but I miss the original vocals. The song on itself is sadly very much into 2020. Watch the original clip and you’ll see what I mean.

Untitled Too (C-64 version) is better than the original: speeded up and with a cooler sound (but they changed the vocals, and that’s not a bad thing either). I really like the video game sound! Major Tom (Demo Version) already sounds great as a demo. It’s incredible! This also shows off their talents! Green Queen (DKDent Remix) sounds a bit better and faster than the original. It sounds like the final remix. I really like the extra bits and bleeps. Another great new version is Maze (Zombie Girl Remix ft Mortiis):the music sounds sharper and pumped up in the best possible way! This is a new hit! What a blast! Starsign (Extended Version) is for fans of extended version, but I prefer the shorter one, sorry folks. Last one is Burning Heretic(Crisp Version) and sounds better than the original: sharper, clearer and clearly into the modern times!

Well according to me this was a cool trip and hope to get more from them! I’m pretty sure the fans will follow them, but at a certain point we might need and want more new tracks!

Spread the music, not the Virus! Stay home!