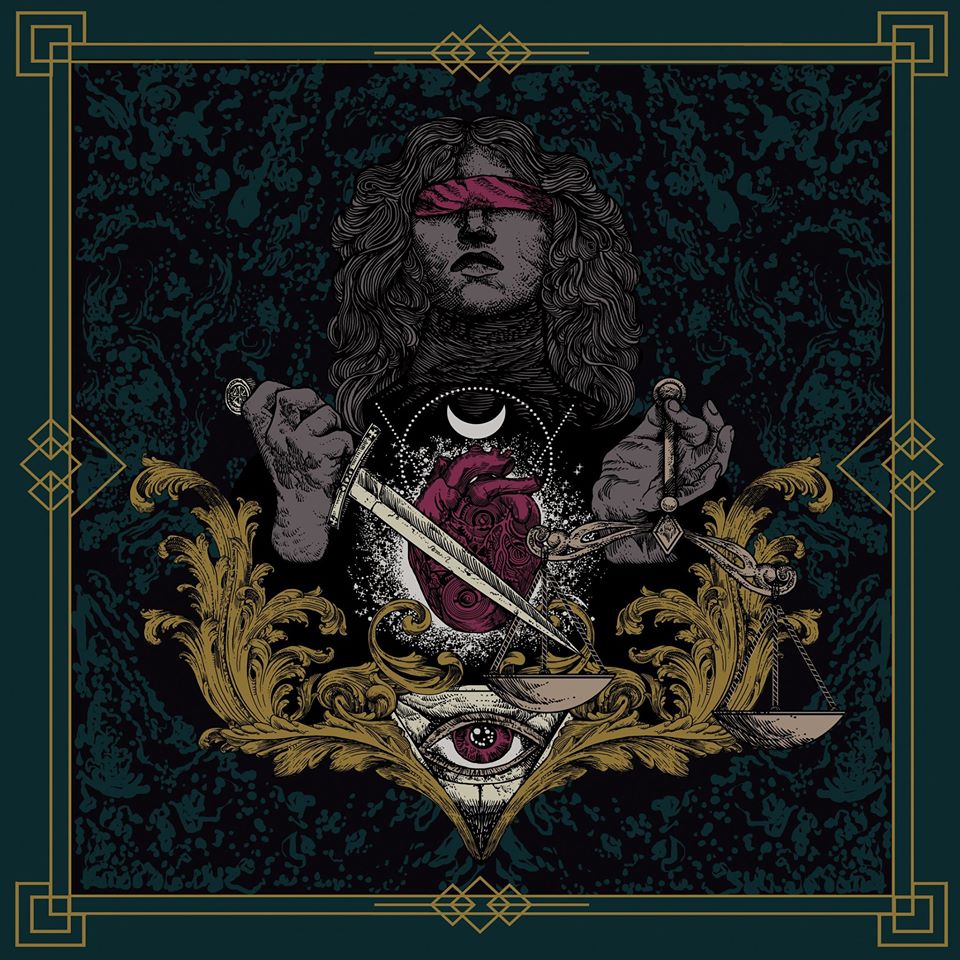 Over the past year, Reach has committed to hand-picking their team to perfection, now consisting of their manager Eric Grönwall (Hagenburg), the Stockholm based boutique label Icons Creating Evil Art, Chris LeMon (Triffid And Danger) on live booking in the Scandinavian countries and Jörg Düsedau (Dragon Productions) in the rest of Europe.

The Law is a song about the evil machinery of mankind. Nothing escapes the law and no one steps above it (ROCK/ALT).....!!! The song is really catchy (for sure the chorus) and will stay inside your head for hours and hours! I loved it!

By releasing their single Higher Ground earlier this spring, Reach was defining the start of a new musical era and let their listeners into the alluring, ghostlike and gritty world they create around their upcoming new album. Following their previous single they are now releasing ’The Law’, a song about the evil machinery of mankind. Nothing escapes the law and no one steps above it.

Giving a comment on the upcoming release Ludvig Turner, the singer, guitar player and songwriter of the band says:
”The title of this song states the obvious subject. It’s fascinating and terrifying how we created these specific rules to streamline our behaviour towards authority and community. For the greater good? That’s the point, right? But for whose greater good? The Law is not about ”a law” but a song dedicated to the broken and corrupt states around the world. It calls to look up and see what kind of controlling systems and oppresive structures that govern us, without being written down in any book of law legally speaking, but rather is something fundamental that goes back thousands of years in human history. These are laws that are created by us, but do not belong to us and do not exist for our sake.”

Over the past year, Reach has committed to hand-picking their team to perfection, now consisting of their manager Eric Grönwall (Hagenburg), the Stockholm based boutique label Icons Creating Evil Art, Chris LeMon (Triffid And Danger) on live booking in the Scandinavian countries and Jörg Düsedau (Dragon Productions) in the rest of Europe. With a detailed album plan they have joined forces for a new start and a comprehensive international venture of the band.

Releasing The Law, Reach leads their listeners into an era of explosive intimacy with songs wrapped in a veil of mystery and playfulness telling stories about love, death and emotion in severe conflict with each other.

Talking about writing the song, Turner says: "
I’m the escape, salvation, the mother of lies" was the first line that came to me. I was noodling in at home with my guitar and made this riff that just sounded evil and industrial. Sometimes I write music to a lyric or the other way around but this riff really helped me get these lyrics down."

The alternative rock band Reach was founded in 2012 and is a power trio consisting of Ludvig Turner, Marcus Johansson and Soufian Ma´Aoui. During their eight years as a band, they have released albums praised by critics and met audiences from stages around Europe. Reach is defined by strong melodies and original songwriting - they are keen to constantly be under development and chasing a sound that is exciting and unique.

The band members playfulness and mutual trust gives the trio freedom to offer explosive, intimate live shows with a lot of free improvisation. In February Reach gave a sold out show at the Fryshuset, Stockholm with rock bands H.E.A.T and Chrashdïet followed by a performance at Trädgårn, Gothenburg. In December, they embark on an extensive European tour together with H.E.A.T and supported by Deaf Rat. Out on the roads they bring an explosive repertoire full of new songs.

The Law is released May 22 on Icons Creating Evil Art.