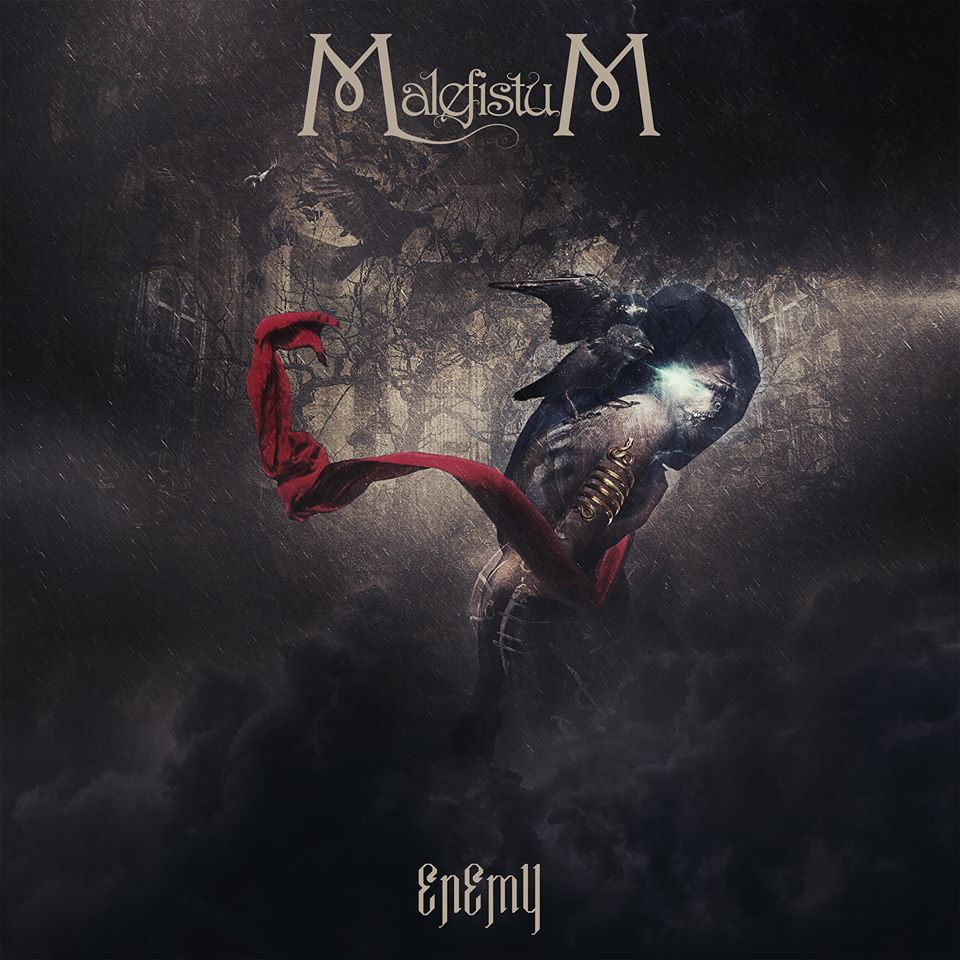 The cooperation project MalefistuM was founded in 2019 by Dawn Of Destiny guitarist Jens Faber and combines various metal genres into a most interesting and unique mix between epic, symphonic, power metal and growl elements. You can spot influences of bands like Ensiferum, Equilibirum, Dark Tranqulity and also Nightwish. The eleven songs of the album gain depth and variety in particular from the contributions of the guest vocalists.

The album starts with a song that mixes Dead Can Dance and Warduna: Try To Touch The Sun. It’s an a Capella jewel. The song almost sounds like something sacred and very spiritual. We hear Melissa Bonny (Ad Infinitum, Warkings, Rage Of Light, Serenity) who is responsible for the vocals on most of the tracks. She demonstrates her many years of experience and routine whilst dancing on the vocal chords with a confident feeling and ads a dark aggression when needed in Towards The Sun. It’s a rager, but has also some softer sides (with a slice of medieval influences) and great guitar play!

This Memory (feat. Melissa Bonny) even goes faster and harder then the previous one and it’s good that they slow down from time to time to let us catch some breath. It’s cool to hear Melissa go from soft to hard screaming and grunting as if it’s just a child’s game. The drums hit hard, whilst the guitar shows off. Left Without A Cause (feat. Melissa Bonny) explodes from the start, gest some extra backings and a medieval metal rock touch. Time (feat. Melissa Bonny) starts a bit slower, but we still get some grunting and screaming. Yet, there is more space for light, happiness and a holy and blessed feeling. You can hear some symphonic notes and a piano too. The Answer (feat. Eric Dow from Helsott) sounds totally different. It’s nice to hear a male voice screaming and grunting whilst clean singing gives the answer (with a strong chorus). The music mixes strong guitars, hammering drums with a piano and a fainting bass. The song sounds like a fight between devils and angels. Fear Of Tomorrow (feat. Melissa Bonny) goes for a fragile side and sounds very angelic. The acoustic guitar is great whilst Melissa gives it a more Within Temptation-minded touch. This song could have been an outtake from the latest Frozen II movie.

The Seed In Your Life (feat. Melissa Bonny) mixes hard and soft, just like the vocals. The backings are all mixed together giving the vocals more power (however it also sounds a bit like too much together). Somehow it’s the weakest track on the album. Adore Me (feat. Federica Lanna, from Sleeping Romance) a Disney minded and very epic track with a good feeling. It’s also good to hear her voice as it brings in some more magic. Atomic Bomb (feat. Melissa Bonny) sounds different from the other tracks, with even a bit of electronics. I like the start! Melissa grunts like a monster and you can hardly hear she’s a woman. It’s clear that this song is not the most happy track on this album and hits very hard. Only after a while you hear her clean voice (she sings high and low on the vocal chords). Black Messiah shouter Zagan gives an extra aggressive dimension to I Will Know Your Name. I also hear some Alestorm influences (just that the pirates are missing here). It’s a cool track that amaze’s me in a positive way. The last track is My Enemy (feat. Melissa Bonny): a raging vocal fire keeps the song going whilst sometimes we also hear a more angelic voice. It’s a good track to end with!

I must say it’s a nice album and I like the different voices but there is a tiny bit of too much Melissa Bonny to make it well balanced (however I’m not doubting about the quality of her voice and possibilities). I’m not sure if it will be possible to see this one on stage soon, but I would love to see it getting real!