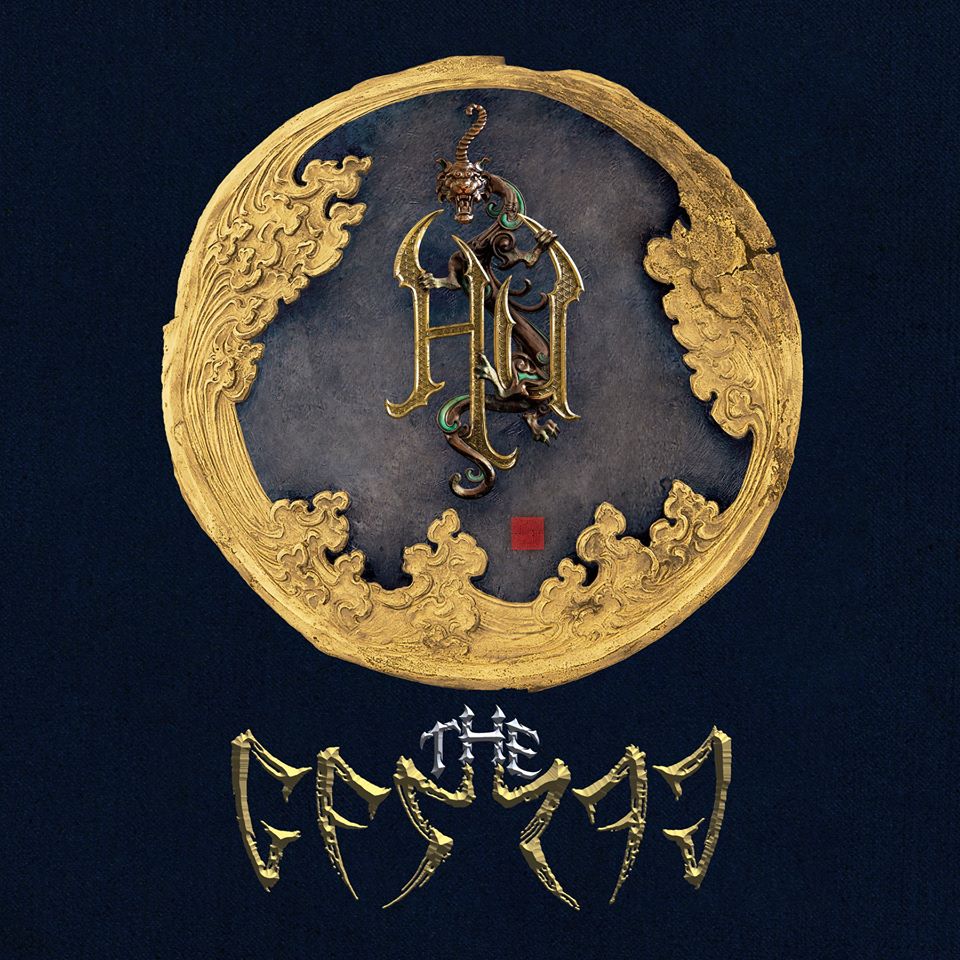 Not so long ago we all were surprised by the new sensation and it’s coming from Mongolia! With their original instruments and guttural throat singing The Hu can be described as something special. As the world wanted to know more about them they re-released their first album and (The Gereg) enchanted it with a deluxe edition aka 6 bonus tracks with guests like Jacoby Shaddix (Papa Roach), Lizzy Hale (Halestorm) and Danny Chase (From Ashes To New).

The HU is a band from Mongolia that blends heavy metal and traditional Mongolian throat singing. Their first two videos (Yuve Yuve Yu and Wolf Totem) immediately went viral garnering the band over 30 million views. The explosive reaction to The HU resulted in a number of features about the band in international media such as NPR, ET India Times, Playboy Mexico, Jack Canal+Fr, Hong Kong 01, DW News Germany and others. The band’s name The HU, is the Mongolian root word for human being. They call their style “Hunnu Rock”…inspired by the Hunnu, an ancient Mongolian empire, known as The Huns in western culture. Some of the band’s lyrics include old Mongolian war cries and poetry.

Founded in 2016 in Ulaanbaatar, Mongolia by their producer Dashka, along with the members Gala, Jaya, Temka, and Enkush. The HU combines Rock Music with traditional Mongolian instrumentation like the Morin Khuur (horsehead fiddle), Tovshuur (Mongolian guitar), Tumur Khuur (jaw harp), guttural throat singing and the bombastic bass and drums. All four members have earned Bachelor’s or higher degrees in music and have several years of touring experience throughout Asia and the Pacific Rim. Since the formation of the band, they’ve been working on their first album, The Gereg. The word Gereg was used as the first Diplomatic “Passport” by the Mongol empire during the time of Genghis Khan.

So far the little intro. Let us now focus on the music itself:

They start with the title track and handing out directly their master card: old tribal folk and original instruments. I must say that Mongolian comes somehow close to Estonian or Norsk. I can understand why so much people like it! The guttural throat singing is not new to me, but mixed with the Mongolian vocals and the instruments they use it becomes really interesting. You can also hear that the producer did a great job as it all sounds like perfect in the mix and well balanced! The Gereg sounds like the next hit, although it’s already an old song. Wolf Totem is already know by many people and starts like what could be typical Mongolian neofolk. The music would fit in some movies who focus on the medieval era. I’m also pretty sure this song would fit on stage too (in the after Covid-era), just listen to the chorus and the backings!

The Great Chinggis Khaan brings real guitars in the game and upfronts sometimes the drums too. The song sounds a bit like a weeping song and goes from soft to harder, without a shock. One of the bands that pops up in my head are the guys from Metsatöll (Estonia). Their sound here comes close to folk metal.

The Legend Of Mother Swan has an instrument that sounds close to a banjo (giving it a country & western touch). The flute brings in a more oriental touch. It’s a pretty slow track, but has a nice rhythm. It sounds like the kind of songs that need a camp fire. A very attractive track (with a cool bass sound) is Shoog Shoog.The Same gets a more violin minded touch, with a high ritual feel and a again a feel of some sort of country & western touch. Like the chorus and the strong backings.

Yuve Yuve Yu goes further with the country & western touch, but also introduces a bit of rock mixed with traditional instruments. I can see people who start to dance during this song. It might be a great song to perform on stage.

Shireg Shireg sounds more like a traditional Mongolian track (with oriental touches in my ears). I also hear influences from Wardruna and The Heilung. I see them perform at Trolls et Légèndes, Castle Fest, but also at Graspop! It’s clear that they have the potential to reach a lot of people thanks to their very open sound. They prove my point even better with the song called Song Of Women. The backings sound a bit like Indians singing around a fire or like what I know from Wardruna and The Heilung. This song can even be played by DJ’s, if they want to go on an experimental trip! It’s also an epic end for a phenomenal album!

Up next is the extra CD that might help them reach more people as they got some help from artist that normally wouldn’t figure on such an album!

Wolf Totem feat. Jacoby Shaddix sounds stronger than the original and could be used by a Scottish rugby team before they start their game to impress the opponents! Fans of Papa Roach might be impressed when they hear this one for the first time! I hope they also listen to the rest of the album and maybe both bands might one day shar a stage!

Yuve Yuve Yu feat. From Ashes To Newis a surprise to me as I don’t know this band at all, but the vocals are pretty cool (just as the piano synth and some of the screams). I think this version might be good for both bands. The sound here is a bit more into commercial stadium rock and I like it.

Son of Women feat. Lizzy Hale is without any doubt my most favourite track on the whole double album! Lizzy Hale (Halestorm) turns this sing with one note into one of her songs and makes it so that is sounds as if The Hu is featuring and not the other way around. I hope that this version gets played more and more until we all know it!

Following 3 tracks gets an acoustic transformation: Shirig Shireg gets an even more authentic touch and might be the best version to perform on stage. Yuve Yuve Yu also sounds phenomenal in this version and might be a good way to perform it on stage. Last one is Shoog shoog and invites us to dance around the camp fire whilst performing a Mongolian ritual and drink some heavy stuff!

Well I can conclude that this deluxe version is the best thing to promote their music now that they can’t perform on stage! Performing on stage will be the next big thing once they are allowed as I’m pretty sure they can play all over the world and get mixed during metal fests, folk and medieval markets, commercial festivals … It’s in the hands of the promotors now and it’s up to the fans to keep them hot! I hope they make it as they got my blessing!