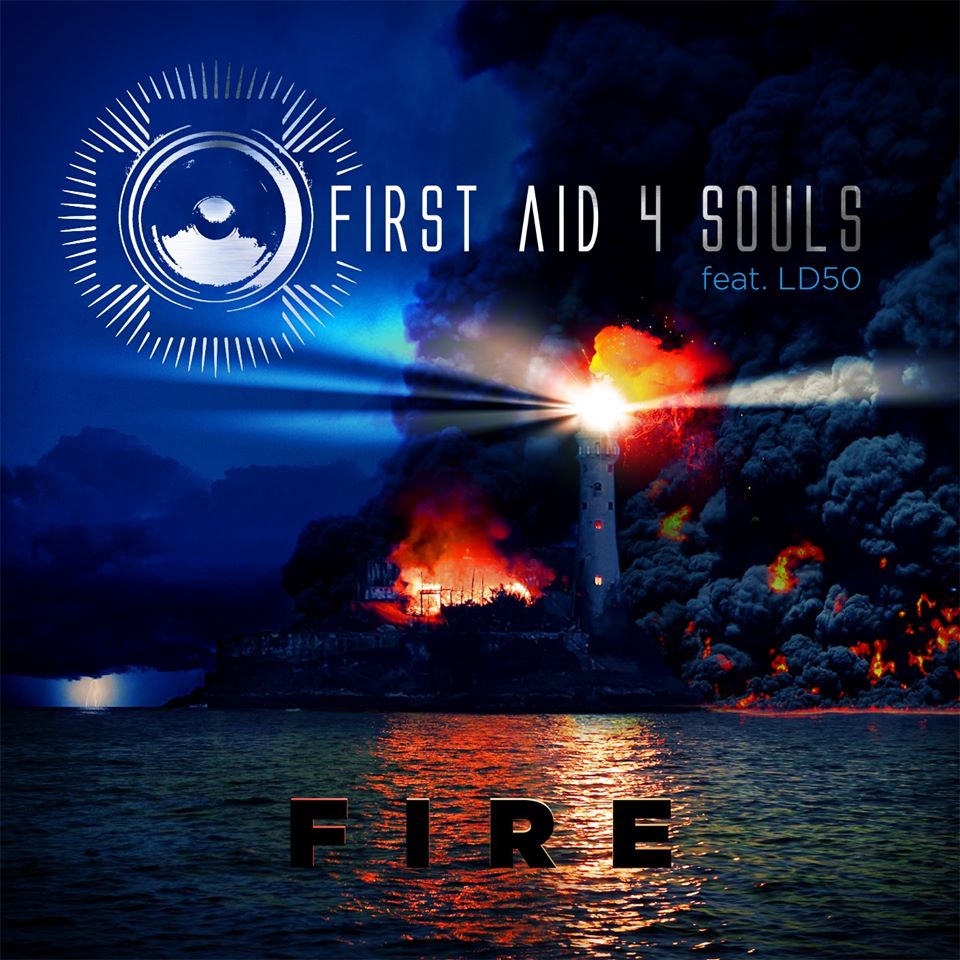 Veteran Hungarian artist István Gazdag joined the Alfa Matrix label family in 2019 for the release of the dark EBM album Keep This World Empty by FIRST AID 4 SOULS together with his partner in crime Mortum on vocals.

The guy is unknown to me, but he seems very active in the avant-garde electronic / industrial scene since the late 80’s with numerous and quite diversified releases on various labels under his belt and some amazing remix work for legendary bands like COIL, SOFT CELL, TEST. DEPT., CABARET VOLTAIRE and EINSTÜRZENDE NEUBAUTEN, István Gazdag decided to pay homage to the Hungarian alternative music community by doing a collaboration effort with several key-protagonists from the electro industrial scene in Hungary.

Released under the flag FIRST AID 4 SOULS feat. LD50 (named after the famous cult sub-culture community site LD50.hu where all the fans and artists in the country were acting together as guardians of the underground flame against the mainstream), this surprising 12-track album is the result of fruitful studio collaborations together with other Hungarian artists like BLACK NAIL CABARET’s dark pop diva Emke, ULTRANOIRE’s charismatic singer Josef Stapel, provocative artist Vic Willow (and his poignant voice evoking David Bowie, Stephan Groth and Gary Numan) or yet the writer/futurist cyborg pope Damage of PLANETDAMAGE.

“Fire” is a true expression of eclectic creativity, an explosion of emotions, a club-compatible set-list of melodic synthpop, dark electro and upbeat Electronic Body Music molded together into a unique and catchy release plunging us in a bath of 80’s tainted moody electro wave with a dancefloor edge and noir melancholic vocals. This is an experimental collaboration between many artists, but also a quite coherent album as such, for an ultimate avant-garde electro pop experience.

Burst of Anger (feat Vic Willow) could be a new Apoptygma Berzerk track remixed by Gary Numan. The song slowly grows and becomes a foot stomping EBM track that aims at the dancefloors of our closed but beloved clubs! It actually could have become a hit, but without the DJ’s and without any gigs it will be actually very hard to spread the music all over the world! Towards the end the song even gets a touch of Front 242 and an industrial noise touch by Fad Gadget and NIN. Dreambox (feat Josef Stapel – Ultranoire) starts like dreaming of a heavenly future with a floating sound. It’s not really my kind of track. Lesser floating and with a higher tempo is the title track: Fire (feat. Vic Willow). Vocal wise it’s still a mix between APOP and Gary Numan. The music mixes soft EBM and dreampop. I was hoping for a bigger fire here. Das Messer (feat. Emke - Black Nail Cabaret) has a clear retro touch (genre Commodore 64) and vocals that fit the track: from dark, metallic, cold to a bit erotic.

Burn (feat. Vic Willow) is so obviously a tribute to APOP and some other bands who exists for more than 30 years. Ordinary Demonism (feat. Vic Willow) flirts with the world of Muslims, but stays a bit too much in the background with the music. It feels as if the mixing could have been a bit better. The computerized vocals are not making it better. Even when the clean vocals jump in I hear that it could have been mixed better, but at least it gets better once we get the clear vocals. Some simple beats and blips comes with Clear Blue Sky (feat. Vic Willow). Music wise it has a touch of Kraftwerk, but the vocals are different and gives it an alienated touch. More beats and a higher tempo comes with Hypernoise (feat. Vic Willow). Vic’s voice has something feminine here. Freedom (feat. Vic Willow) starts whispering, with music that brings in a touch of synths and some futuristic bleeps, later on it even gets some gangsta rap-style vocals. Little World Inside Your Head (feat. Vic Willow) gets some guitars, but doesn’t explode. I feel it should explode a bit more as the song has enough potential. The Worm Queen (feat. Vic Willow) returns to the APOP fired up sound and has the potential to become a hit if it gets pushed enough as it has the perfect vibe, the energy and the beats! Twilight of the Gods (feat. Damage - Planetdamage) is also an Amon Amarth song, sadly it’s only a computer voice handing out the outro with a touch of Kraftwerk and some other minimalistic synth bleeps.

The album sounds not bad at all, some tracks really do have a potential and I like most of the vocals. I can’t be negative album the whole album. But it’s not like I seemed to have missed all the albums of this artists. I’m still better off with the real APOP and Gary Numan!