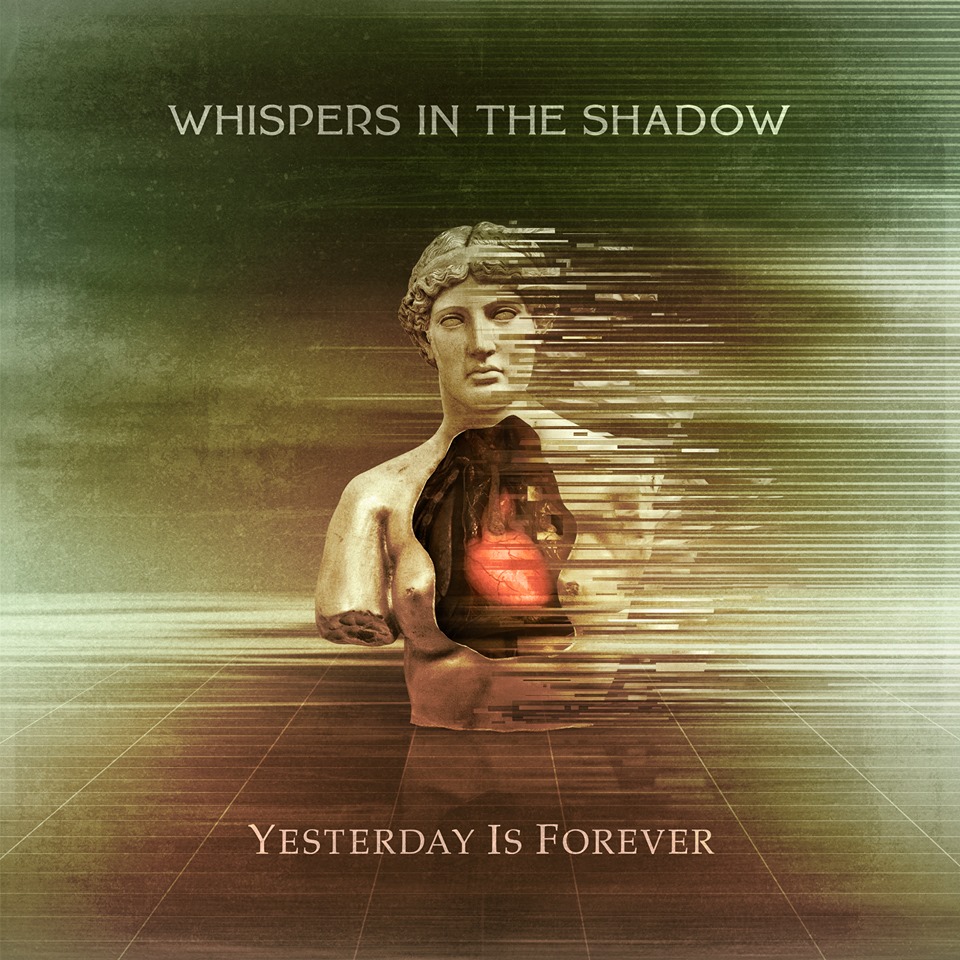 WHISPERS IN THE SHADOW starts a kickstarter campaign for their new album!

WHISPERS IN THE SHADOW are about to finish production on their 10th studio album, and you can give them a helping hand to do so. Join their kickstarter campaign and support one of the best Gothic Rock bands of the world!

YESTERDAY IS FOREVER is a kaleidoscopic tour de force through diverse moods and styles some of them unheard in the bands 24 year history. Once again WHISPERS IN THE SHADOW prove they are far from repeating the same thing over and over again. Instead they are looking for new ways to express themselves and expand their ever evolving musical cosmology.

The lyrical themes range from the unhealthy obsession with the past, namely Nostalgia, through the utterly stupidity of war, to the toxic behavior with each other in this time and age. It's the search for the I in the void by walking on the mirror and leaving the Toxic Express once and for all. They ask questions but of course deny to give answers.

The musical range of this album goes from 12 string acoustic guitar lead post punk tunes like "Toxic Express" or "Passion Project" to ambitious dark folk meets chamber orchestra anthems, like the hazy, somewhat rural and psychedelic sounding "Walk on the Mirror" or the dystopian but at the same time also strangely cozy "The Futurist". And with tracks like "Forever 1985" or "The Horror" they prove that electric guitars can still sound unsettling and dangerous in 2020. Whereas "Adrift" might be the closest they ever came to the lost art of the 3min+ Pop Song. Pop Song? You might ask with a raised brown? Well, it wouldn't be WHISPERS IN THE SHADOW if there wouldn't be a dark twist lurking somewhere in the corner, wouldn't it? Just pay attention.

It's a diverse beast. Every song a different world and as a whole a different universe. And without the shadow of a doubt the biggest step for this band in a long time. The detailed music production accompanied by a visually striking album artwork by Spanish artist Billyphobia make sure of it.

With this Kickstarter campaign you can help them finishing their vision and bring their 10th studio album into safe haven.

The album is already recorded and mixed, the cover artwork is done and the mastering will start soon. We pre-financed the whole album production including recording, mixing, mastering, videos, photo shooting and are now hoping to get some help from your side. This would be indeed a lot of help and is very much appreciated, especially in this uncertain times when we do not know when we will be able to tour again because of the whole Covid-19 crisis.

The first single / video will be released in about a month. and there will be a new trailer very soon!

In the meantime, enjoy this one: