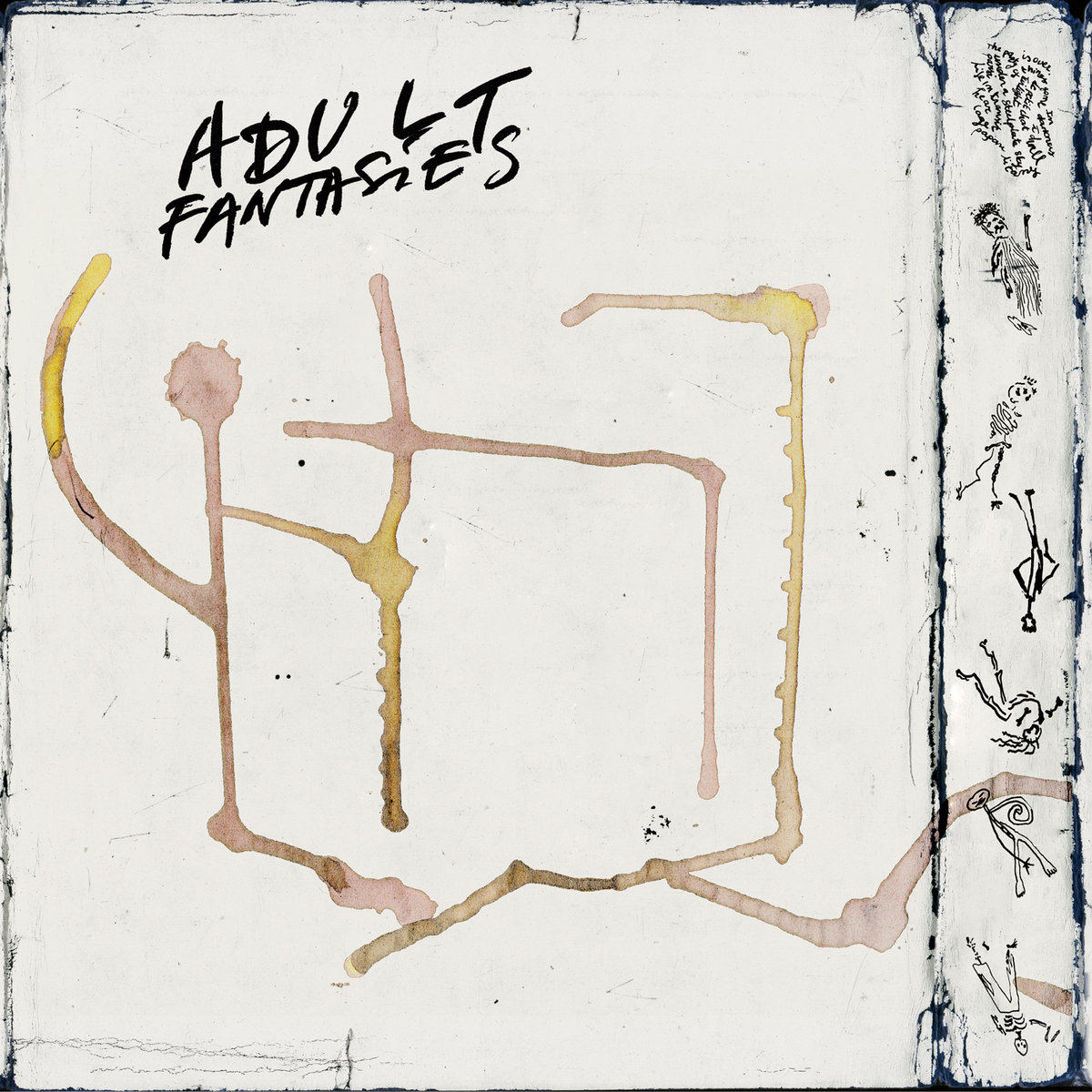 Adult Fantasies is a Belgium band with roots in the 80’s. The music is experimental and mixes Telex with underground synth wave. It’s not the end of the world if you have never heard of them, however they released 3 albums. The album we are presenting is some kind of best of and should the perfect instrument to introduce them to you (but I warn you: their biggest hit The Sandman is not on it).

Before I start with the review I have an interesting quote from one of the bandmembers (Dirk Seghers):

Our future lies in the past. The intensity of artistic movements at the beginning of the 20th century has never been surpassed. Long before the literary cut-up technique of William Burroughs or the musical mix of any Dj, Dadaists experimented with typographic and visual collage. What is it other than a ‘mix’ before that three-letter word had been invented?

GerritValckenaers and I met in a 4-track cassette recording studio in a basement where our producer (Gerrit Vergult) had accidentally mixed some of our tracks together…. His unstoppable flow of musical creativity was only matched by his generosity and patience to work with me. It was the beginning of a beautiful friendship.

Under a Steelplate sky starts with a rambling bass and a heavy heart. It could be a long forgotten track of The Velvet Underground (Mieke Desmet on vocals, you'll encounter her later on other tracks too). It’s a dark and spooky track with a slow tempo, a bit smoked out. Parsi sounds like a pot smoking guy who’s creating his own song with the instruments he has close to him (and anything that could produce any sound). Somehow the weed gives it a very LSD-minded trip with an hypnotic feel. Life in Transit could be about living in 2020 with Covid-19. The song goes on like a ticking clock and the lyrics might indeed apply to 2020. It’s also simply the best track on this album. I adore the sad feeling of depression and melancholy in it. Lear goes a bit faster and has a saxophone who pushes the melancholia a bit more upfront. The echo effects on the vocals also gives it the right touch. The bass also sounds right and gives it a chance on the dancefloor. Cage is a percussion driven song with no vocals and has a good rhythm. Pagan Litany is a dark spoken word litany with a clear doomed feeling and industrial influences (genre dark meat industry). Le Petit Chat has a high Telex feeling. The melancholy mixes up with sad feelings, a touch of experimental music and low-fi electronica. The French lyrics sound good (you barely hear that the singer is not a native French speaking person). Of Things Gone has an intro that could have been performed in the USA by local artists with a cowboy hat on. The female spoken words gives the song another direction. The song has some kind of a floating feeling and ends before you notice it. Daddy Bear has a high Nico (The Velvet Underground) touch. The male vocals (distorted) are not pleasant to listen too. The songs feels like composed and performed whilst smoking weed (and that’s not the first time on this album). Twilight is a slow song but has a lot of tiny details (from Japanese influences, to industrial, minimalistic and experimental). It has a certain Joy Division touch mixed with Siglo XX. In Darkness I Dwell (Renaissance Theme) goes further down the path of Siglo XX with more darkness and some industrial influences (and for that time: the typical saxophone sound). They choose the last track very well: The Party Is Over. Once again it reminds me The Velvet Underground. The sadness and melancholy that comes at the end of a birthday party when all the friends left and you can start the cleaning up and look back at your life and your house …

It was a nice ride, taking me back to a time when I wasn’t still an adult. I’m pretty sure this album will stand a chance if other fans get a chance to listen to it!