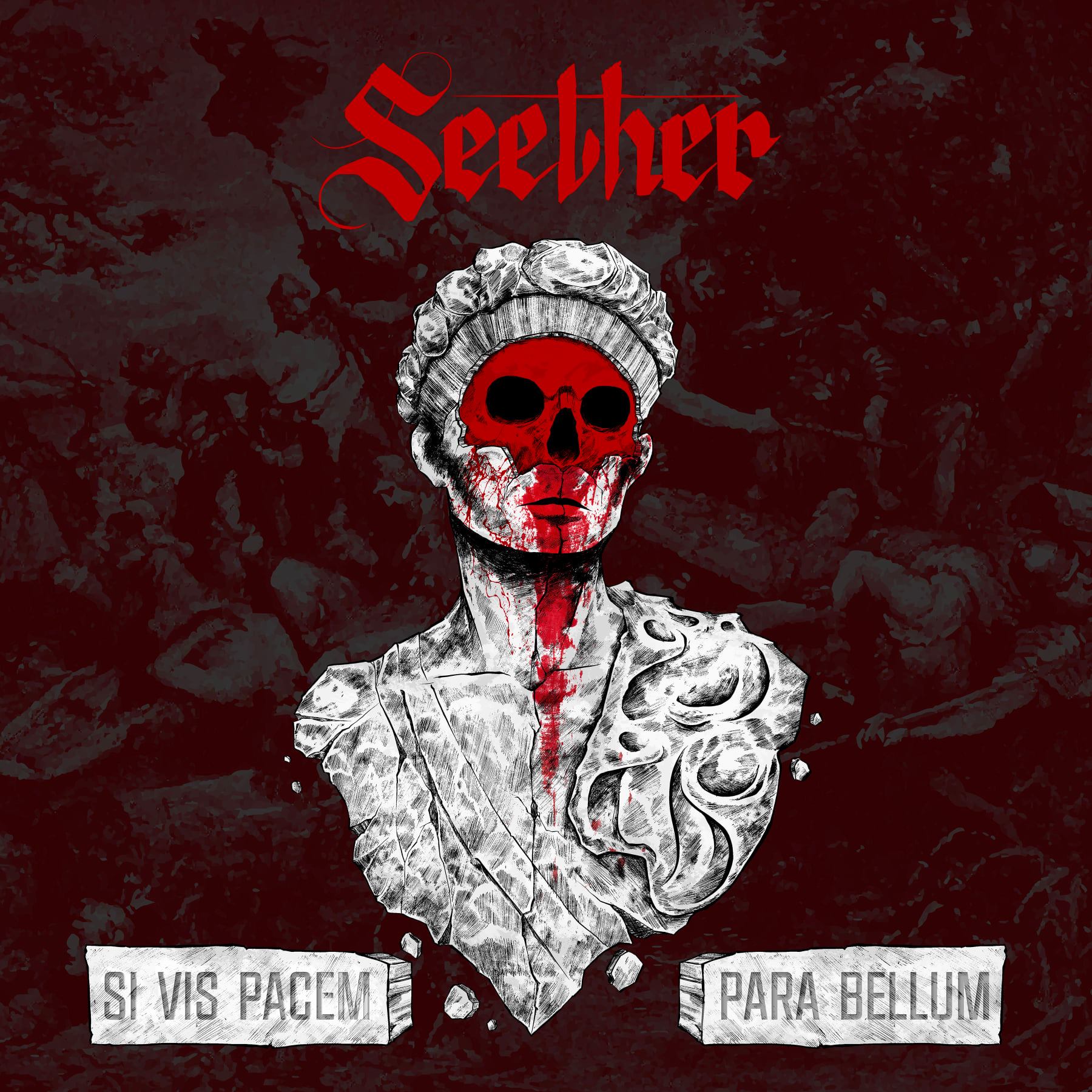 The follow-up to 2017’s Poison the Parish, Si Vis Pacem Para Bellum is the 8th album of their illustrious career and features Shaun Morgan’s, aggressive, highly melodic song writing, some of the most expressive, politically charged music he’s ever made.

Seether is joined on the album by their newest member, Cory Lowery (former guitarist/vocalist for Saint Asonia and Stuck Mojo) who adds a broad new sonic dimension to the band’s studio and live work. Tracks such as the anthemic “Dangerous” and the heavy-hitting “Beg” seem destined to reclaim Seether’s lofty position at rock radio and on preferred playlists here and around the world this summer.

Last week I found myself relistening to the Isolate and Medicate album (somehow I got the most attached to this one so far), became a bit nostalgic and now there is finally a new album! I was waiting for several months for this new one, so getting the stream link one month before it’s release is almost a divine gift!

The album starts with Dead and Done: a stone cold rocker with lots of guitars and a cool bass. I like the roaring sound on the guitars. Shaun and Corey sing and scream like in duality: angry and very tired at same time as the voices are mixed next to each other. You can feel the rage, but also the pain and sadness that sucks away all the energy. Bruised and Bloodied doesn’t make it happier then the title. It’s a sharp track, the kind that will please most of the fans. A bit softness and a more melodic approach comes with Wasteland. I adore the slice of melancholia in it. It’s simply one of the best tracks on the album (according to me at least). Dangerous almost sounds catchy and has a cool guitar lick and a very melodic sound. The song got almost logically followed by Liar a song that reminds me of the 90’s grunge sound. I also feel sadness and melancholy in it, next to the silent rage. Can’t Go Wrong rocks more in the beginning and turns into a melancholic debate between death and pestilence to see which one will win in the end, but we all know who will win in the end and that is how certain situations anno 2020 feel like. Buried In The Sand feels like recorded during a hot summertime, surrounded by sand and dry ground. You can see the strong alcohol go from hand to hand, all sharing the booze and telling sad stories whilst trying to bury them in the sand. It’s not the most happy track on the album, but hey it’s 2020. Anyone got a light to get out of this dark hole? Let It Go starts with a special scratching guitar sound, whilst the vocals have something cold and metallic. Let it go, is something we should say a bit more to each other and try to enjoy those little sparks in life! Enjoy a bit more those little moments of pleasure, rather then feeding the hate, desperation, darkness, … It’s a great and very melodic track! Love it! Failure is a slow but very sad song where only the chorus shreds some air. The title says it all. It’s all in all pretty raw. Beg rocks’ and roll’s like stones falling from a cliff whilst screaming beg motherfucker (as if the stones need to hit a particular person)! Drift Away is supposed to give you some hope to escape the darkness but the vocals sound very melancholic and sad. It’s one of the highlights on the album. Pride Before The Fall sounds like shooting on a certain president and sounds like a typical Seether track. Written in Stone is a campfire song, but filled with sadness and desperation. Tears and screams get along well with the feel of the song.

It's a great album, but it needs a bit of time before you embrace it totally. You will also need some time to listen carefully to the lyrics. I enjoyed the album and am already listening to it for days and days (yet one month before it's actual release).