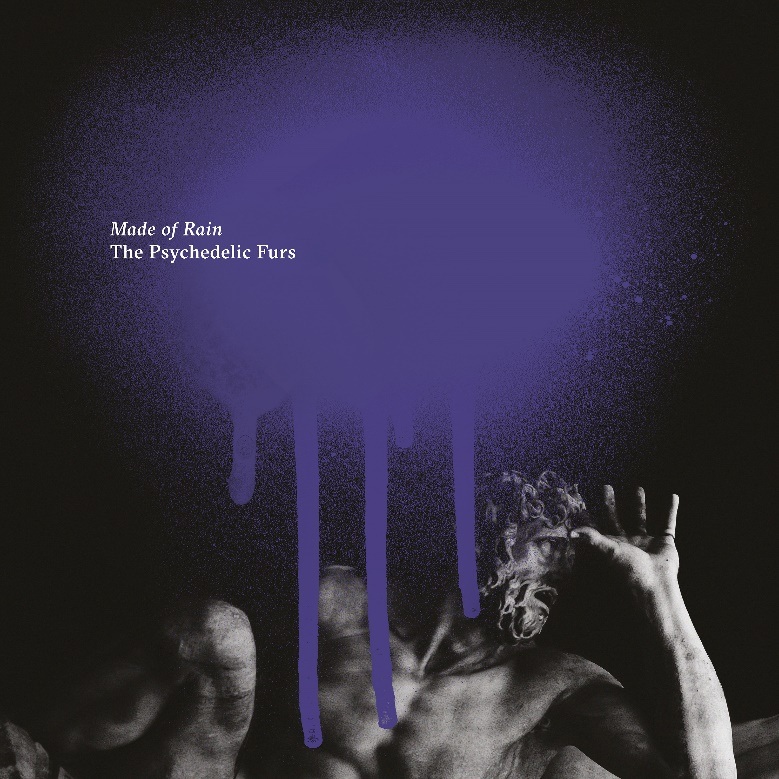 The Pshychedelic Furs – Made Of Rain (Banquet Records)

I have seen them on stage a few years ago (they even played new material that figures on this album). Richard was not 100% that day and now I can finally review a new album from them (last one dates from 1991). In the 70’s and 80’s they where described as Postpunk, but nowadays I would rather use Dark Wave.

The Boy That Invented Rock’n Roll sounds like The Furs on their best: a crazy sax, a mix of drums, crazy synths and guitars whilst the vocals (Richard Butler) are trying to survive all the noise. Sound wise it’s also very clear that they entered 2020. The end is a bit special, but feels like ready to perform on stage (just like in the past). Don’t Believe sounds very strong and passioned and gets even stronger and stronger towards the end.

You’ll be Mine starts softly and has a touch of The Velvet Underground in it. They build up the song softly and let Richard reign over the song. The song has something romantic, but also something dark (like a father who warns his son or his soon to be bride). The upfronted guitar part is also pretty cool. I love the phrase: when the new black is white.

Wrong Train was one of the few already knew songs and it’s cool to hear it finally on an album! It has the pathos and is filled with such a dramatic feel like only Richard Butler can sing it the way it has to be sung. I also adore the melancholy in it! This’ll Never Be Like Love is clearly not a love song and is build up with pathos, sadness, grief and melancholia. The alt-sax and klarinet (or is it a hobo) play an important role in the background. Ash Wednesday has an upfronted sax whilst Richard sings calmly with his typical deep voice and melancholy. If I got it good I even hear some female backings (adding a cool touch, almost like a Christmas feel). The guitar outro is also very neat. At some point it also has a jazzy feeling. Come All Ye Faithfull feels like a call to action. The sax sounds once again very important. It’s a slow track where the lyrics are more important than the tempo. The vibe is a bit spooky too. Towards the end it feels like as if he wants certain people to pick a fight with him. No-One has clearly a modern touch and even a warmer sound, even the vocals sound a bit different (more laid back).

Tiny Hands is the kind of songs you sing for a new born. It’s cool to hear him sing about something like this. The music also sounds very modern. It’s a cool and fresh track! Hide The Medicine comes with an beach feeling and an acoustic guitar whilst the raw voice matches the lyrics. Turn Your Back On Me sounds a bit like dream rock (as referring to dream pop), but with a dark and melancholic feel. More dreaming comes with the last track: Stars. Towards the end there is more chaos, more noise and it feels like the kind of track you play before ending your regular set in order to let everybody play their part and go out with a big boom!

Last week I read a comment from Ashley Dayour (Whispers In The Shadow) that this will be the album of the year, but I predict that it will be Ashley himself who will get that honour. This album is great, one of their best albums but I miss tracks that you want to play over and over. But the more you listen to the album the better it gets, so there is hope (for like Ash Wednesday)! Thing is that the first half of the album is the best part and the more I listen to it the more it attracts me, so maybe it might become one of the best albums of the year (just give it some more airplay)!