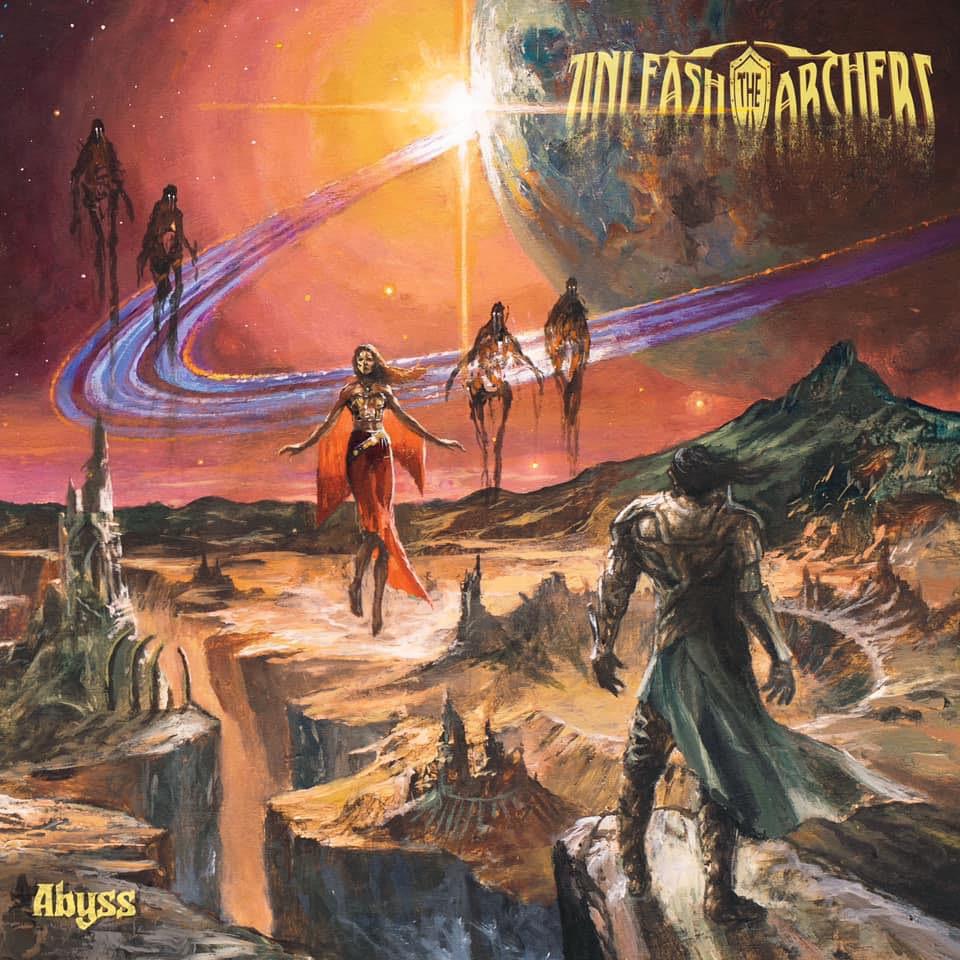 Today, in celebration of the album's release, the band has unveiled yet another wild music video, this time for their triumphant new burner "Faster Than Light". In the tongue-in-cheek video, the members of UNLEASH THE ARCHERS take part in a competitive footrace, but are met with unexpected twists along the way!

Frontwoman Brittney Slayes says about "Faster Than Light":
"Being that this song is about racing off into the far corners of space, we thought it would be a fun idea to actually race each other in the music video to see which one of us was truly 'Faster Than Light'!  Of course we had to have some fun with it though, and added a little bit of excitement into the mix. Our director mentioned an older Stephen King novel called The Long Walk as inspiration for a way to spice up the video and we all agreed it would be hilarious! Check out the plot synopsis on Wikipedia if you haven't read it already... This track has turned into a favourite of the band and we knew it had to be a single the moment the finished product was in our hands. It's fast, fun, and is going to be an absolute blast to play live!"

Thematically, UNLEASH THE ARCHERS' new album Abyss is the direct sequel to the band’s 2017 album Apex. Beginning with a dreamlike acoustic introduction accented by the smoky beckonings of singer Brittney Slayes, opener “Waking Dream” quickly punches into a colossal wall of sound, setting the stage for the auditory escape that is Abyss. Powerful anthems such as the immense power metal-encapsulated title track “Abyss” and metallic pop-tinged earworm “Through Stars” conjure classic elements while maintaining an entirely fresh, forward-thinking approach. Guitarists Andrew Kingsley and Grant Truesdell turn heads with wicked work on stellar tracks such as “Legacy” (fans of artists like Devin Townsend and Astronoid, take note), while Slayes showcases her incredible vocal diversity and range on mighty epics like “Return To Me” and “The Wind That Shapes The Land”. Drummer Scott Buchanan makes technical strides on burners “Soulbound” and “Faster Than Light” - setting breakneck twists and turns ablaze with his bandmates. UNLEASH THE ARCHERS rounds the edge of Abyss with throwback-hued “Carry The Flame”, and wraps up with the soaring, rewarding concept closer “Afterlife”.

Abyss was once again engineered, mixed and mastered by Jacob Hansen of Hansen Studios in Denmark (Volbeat, Delain, Amaranthe), with production by guitarist Andrew Kingsley. Additionally, transcendent closer track “Afterlife” features orchestration contributions from Francesco Ferrini of Italian symphonic death metal machine Fleshgod Apocalypse. Fans will notice that, unlike on Apex, Abyss incorporates a weighty dose of synth in the mix, and for the first time ever, all tracks were written on seven strings - adding to the massive expanse of the album’s sound as it explores the celestial realm.