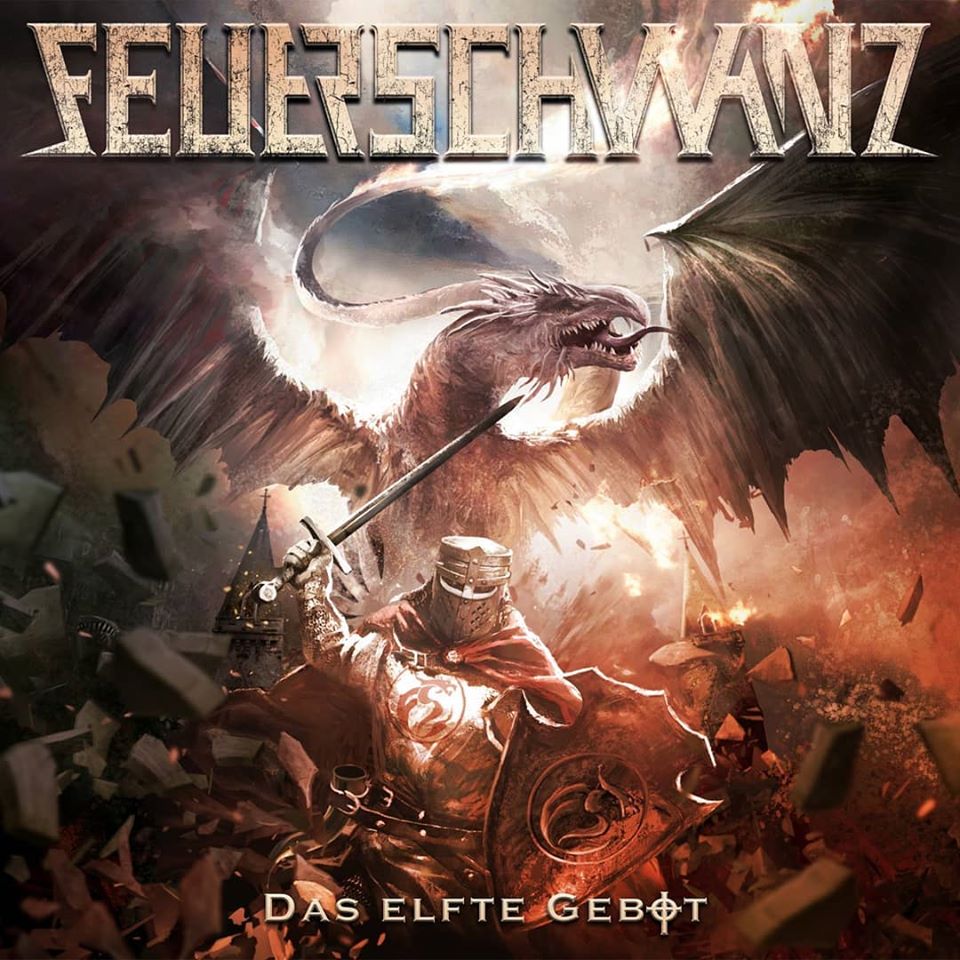 German medieval rock masters FEUERSCHWANZ have released the official music video for their song "Im Bauch des Wals" (English: In The Belly Of The Whale). The song comes off their brand new album Das Elfte Gebot which was released on June 26 and landed at #3 on the official German album charts, where it remained for 8 consecutive weeks.

Commented the band: "„Im Bauch des Wals“ is about a majestic sea creature who did not swallow biblical Jona, but rather so much man made plastic that it eventually dies and sinks into the ocean.

The ship that Hodi and Hauptmann discovered on their trip to England went aground just before Land's End in 2003 on its way from Cork (Ireland) to Lübeck - with 2200 tons of plastic on board.
Ever since then it's right there at the beach, moaning and groaning whenever the high waves hit - just like a stranded whale dying...
We tried to capture the eerie and somehow mystical vibes of that place for you. A place where you go like: What kind of planet are we leaving to our descendants? One thing's for sure: a whole lot of plastic waste."