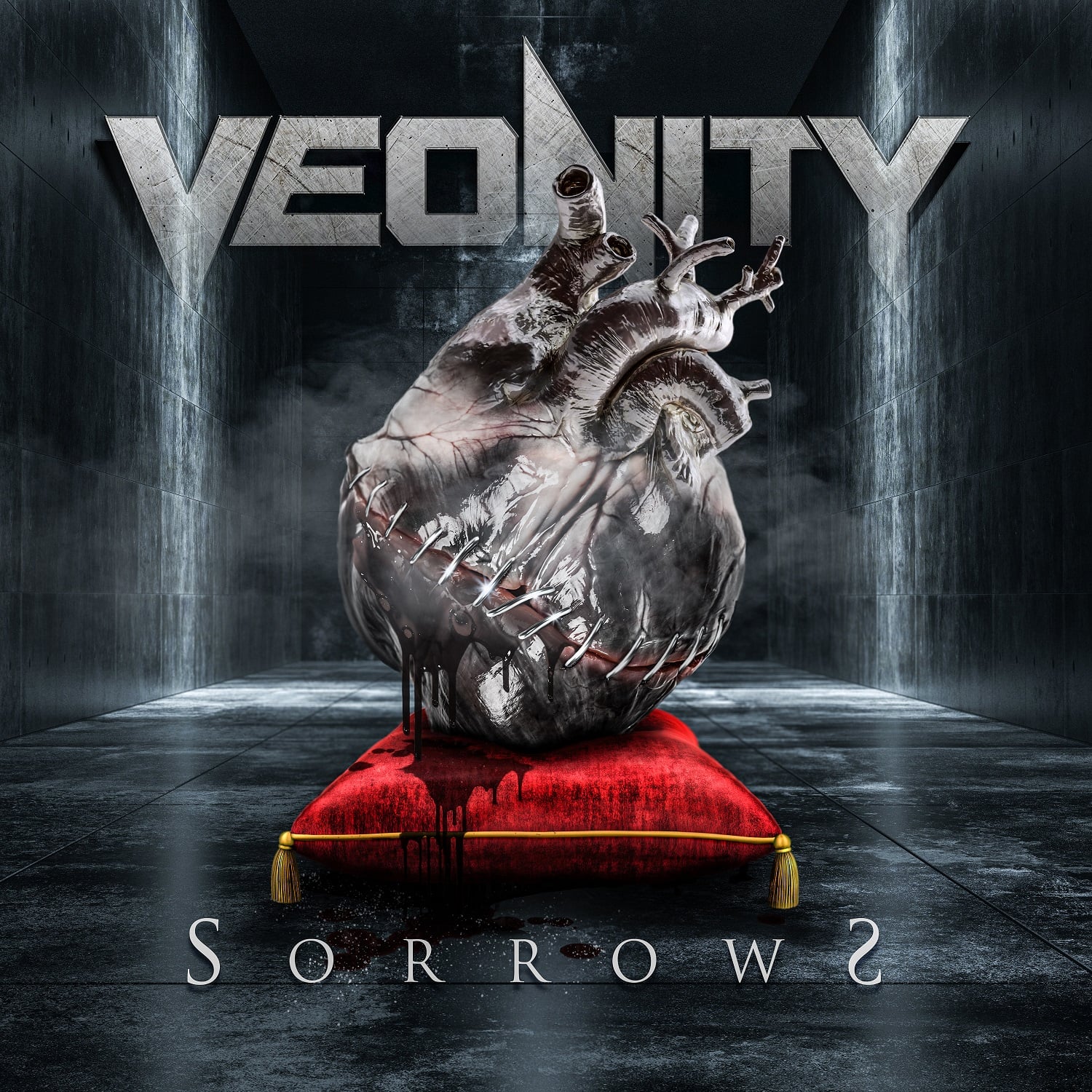 Sorrows, Veonity's fourth studio album, sets a slighter darker and heavier tone than the band’s previous records. A small amount of symphonic additions as well as progressive elements strays from the typical ultra-power metal style that signifies Veonity. However, the foundation that Veonity rests upon is still intact: lots of guitars, double bass-drums and an abundance of epic choirs, solos and metal screams. Lyrically, Veonity has moved beyond the conceptual story found on their previous work while just keeping a conceptual theme. The songs on Sorrows describe issues of betrayal, grief and solitude – all neatly wrapped up in a glorious power metal blanket.

Broken is a piano minded intro guided by some strings. The real thing starts with the all fired up track called Graced Or Damned. There are some symphonic parts, there is a synth and hammering drums. The vocals change from whispering to clean singing (and going hi and low on the vocal chords). All in all the song has a positive vibe and comes close to one of my favourite bands in this genre: Manowar!

Back In To The Dark sounds like a typical power metal track with a positive attitude and a cool guitar solo. Blinded Eyes Will See gives even hope to the blind people and sounds so positive that you might even shed a tear! The music is not only positive but also sounds powerful without any outburst (or it must be a vocal one). Where Our Memories Used To Grow gets the help of Dragonland’s singer, Jonas Heidgert. The song not only sounds powered up but has also a catchy part and I must say that the 2 voices are in perfect synergy! Acceptance: good guitars, good vocals, good drive and simply great music as a package deal! Just listen to the first scream and the fast start: this is really a great one: Free Again comes from the same family as the previous track, just got some extra strong backings and an even more positive vibe! Center Of The Storm is not as heavy as expected when I read the title. It’s only exploding towards the end and mostly vocal wise. War is a good fired up power metal track with strong vocals. Fear Of Being Alive is the last one and starts like a ballad. The melancholic feel reigns. Towards the end the tempo rises, just as the backings and the pathos. It’s a nice ending.

Well, it’s a cool band from Sweden, I just doubt if they can break out of the wolfpack and make a name for themselves with this album as I miss a few tracks that could become a mayor hit! Overall it’s a good album, but misses that extra sparkle as the natural selection nowadays is really blood thirsty!