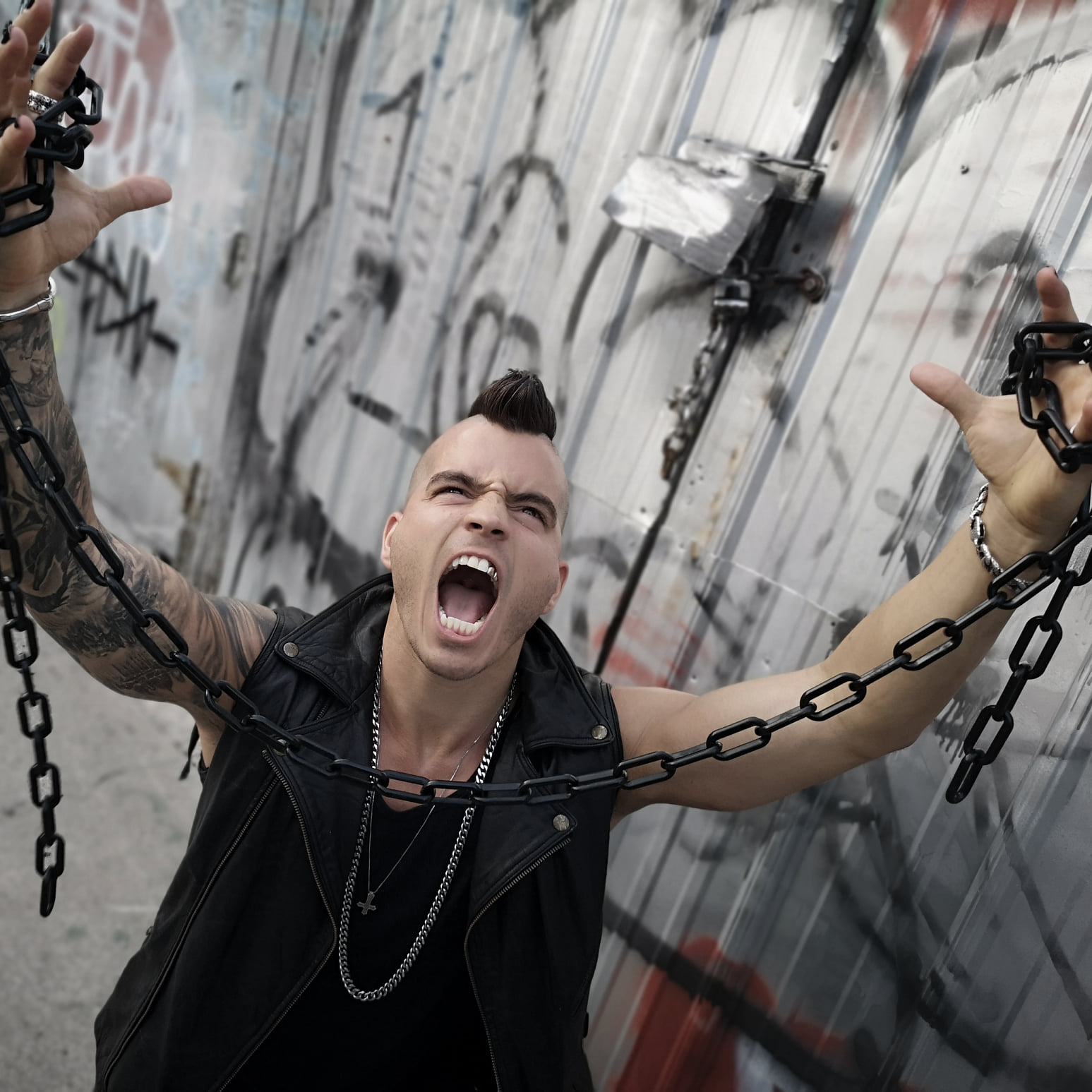 Daemon Grey serves to unite the fearless in unrestrained passion, rebellion, and glory and today releases a new single video for ‘I Don't Wanna Grow Up’. The music video is now available to watch via YouTube.

Daemon Grey also announces their debut full-length album, "Follow Your Nightmares" out January 22nd, 2021 via Out of Line Music. The album will include the new single and previous single ‘King of Sin’ which has been streamed over 200,000 times and the video viewed over 75,000.

Daemon (vocalist & frontman) comments on the meaning behind the single, "the single is a backlash to those who judge the intelligence, character or general merit about anyone due to their age, inspired by personal experience and real emotion as all my lyrics are! It’s a conviction to staying young forever. A lot of people consider growing up to be increasing intelligence and maturity, but in many cases, I think the opposite is true. People’s egos claim they have “grown-up,” whereas really they have lost their inner child, their fearlessness, and their creative spirit. Many people get soft with age, and instead, elect to judge younger people for still living and cherishing their wild side."

On the video, Grey explains, "I really wanted the video itself to reflect the passion of the song, which is really anger or even disdain to anyone that judges people just because they are younger. The video I think really depicts exactly what we were going for... an aggressive backlash to unneeded judgment paired with deep confidence in yourself. It was also fun as hell to smash a Jesus saves sign over my knee! I wanted to show young spirits living their truth with no regard for what anyone else thinks, mixed with some healthy teenage angst. Ultimately, youth and age have no correlation. Our spirits and our mind stay young as long as we choose. So I think the video celebrates that truth, with a healthy fuck you to anyone that has a problem with it."

As a band, Daemon Grey lives by the mantra, "Follow Your Nightmares", which is the central theme and title for the band's upcoming album. The album was forged alongside Grammy-nominated producer Gavin Brown (Three Days Grace, Billy Talent), Mike Riley (Marilyn Manson), and Kevin Thrasher (Escape the Fate), Daemon has carved out a distinct corner of the metal genre with hard-hitting songs that appeal to the most discerning fans as well as the metalhead that lives inside us all.

Grey explains, "I think our true passions are hidden underneath our deepest fears, not our dreams. To unleash our true potential, we need to tear down layers of insecurity with courage and strength. The process isn’t always comfortable or cushy… it’s hard work! To grow and advance our soul, we dive head fucking first into our fears, transcending the darkness and finding our deepest self. Fear is such a great teacher when we know how to use it."