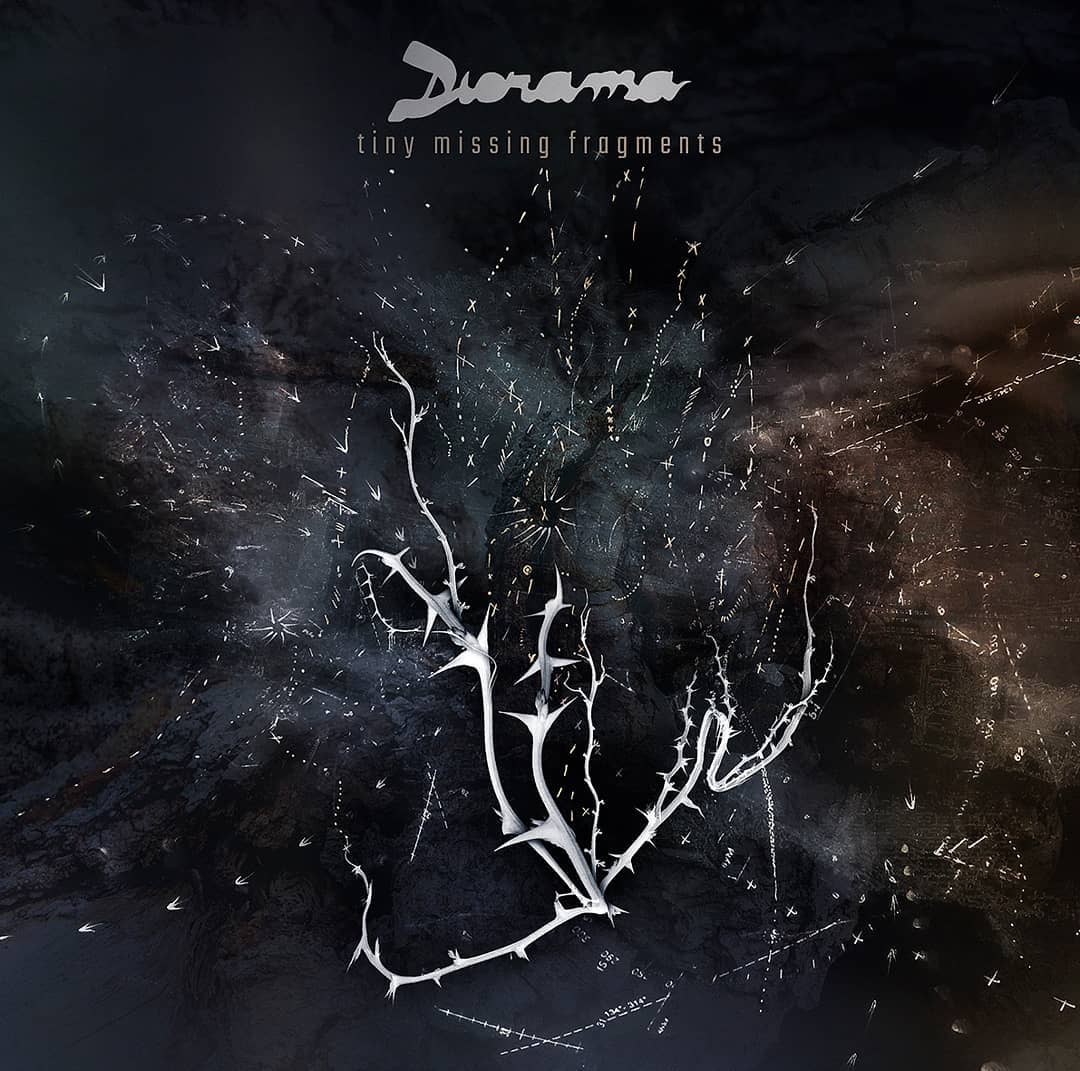 “Tiny Missing Fragments”, due for release on October 23rd, 2020, is the 10th studio album of dark wave avant-gardists Diorama. I was a fan from the start and actually saw him on stage when he performed for the first time in Belgium and since then I kept on following and noticed the evolution from a single guy to a real band on stage and in the studio!

On “Tiny Missing Fragments”, Diorama renounce classic electro arrangements – they clothe their emphatic messages in glitch beats, complex loops and atmospheric density. Sometimes it even sounds like going back to the roots: stripped with just a synth/piano and vocals whilst on other tracks it goes a bit less back in time (but still): the choruses come with an epic and melodic quality, flavored with the melancholic ease that you recognize from the previous releases like “Amaroid” and “Her Liquid Arms”.

The album was recorded and produced single-handedly by Torben Wendt and Felix Marc. The unique character of the music owes a lot to the haunting vocals and the many sound details, but also to the psychedelic guitar effects by Zura Nakamura (he reminds me a bit of Adrian Belew who played with David Bowie, Nine Inch Nails, Talking Heads for a certain time).

Avatars starts with a demonized whispering voice and a dark ambient sound until Torben also starts to sing next to the whispering voice. Halfway it even gets a bit of a bombastic sound and a positive feel (despite the lyrics). Zura gets all kind of strange things out of his guitar. On Patchwork you can hear a real drum and stomping beats. I like the backings (they remind me of J-L from Front 242). This song carries the album title within the lyrics. The synths and the vocals give it something melancholic. The computer voice that sounds suddenly sounds a bit strange as it jumps up suddenly (but it leads to a new change in the sound). It’s an excellent track.

Horizons brings in a dark and scary story (and same with the sound). The sound is nice and has a clear modern touch. Gasoline is club minded, with a dark shade on it however the music sounds hopeful (partially thanks to the singing angel on the background). The chorus is catchy too and that helps a lot! Dark Pitch has a dark and bluesy feel. This is for sure one of the tracks that reminds me the most of the debut album (and that’s a great thing), but with a more mature approach (in the sense that the artist has grown and evaluated into a more experienced artist) and a modern sound.

Charles de Gaulle sounds modern and has some funny extra noises in it. The song attacks what happened in the past and asks the question why we are not happier after what happened. As you know: the world beat Germany after 2 nasty world wars and Diorama is a German band whilst Charles de Gaulle was a French politician who fought in World war I and II. He rewrote the Constitution of France and founded the Fifth Republic after approval by referendum. Counterloop has a nice piano and a bluesy guitar. If you would strip the song a tiny bit more you get what you got on the very first album of Diorama. As we live in 2020 we get some extra’s in the sound, giving it a warmer and more filled up sound (more complex). Sensation goes back to a more bombastic sound and gets some special effects on the vocals every now and then. I have a feeling this one could have figured on Her Liquid Arms. Irreversible has beats, heavy bass, but goes on like some kind of a ballad. The modern sound gives it something that might make it on stage. Towards the end we get a floating/dreamy passage. Iisland is the next one with a wide and modern sound but keeps the typical Diorama sound of the past albums. The Minimum goes softly and takes you to a long trip, with a melancholic feel. The song feels like travelling from behind your desk, with VR. Orbitalia is a sad, soft and melancholic end track. The lyrics also sound like the announcement of the end. The song sounds like building a bridge between the past and 2020.

It has been a strange trip, but the cool thing is that I heard mostly the best Diorama sound from the past years. I just miss one real club hit genre HLA & Advance. But I also got some remixes as extra and this will fill what I was missing, so here we go for the last part (as If they anticipated this):

First remix is the Tofino remix of Horizons and makes it sound like the final mix for this song, as if it simply should have sounded like this on the album (and thus the remixer did a great job here). Gasoline (mental discipline remix) goes for an overpowering club land version and really sounds like that one track that was missing on the album and pleases me very much! Next to that one comes the video remix (but I prefer the previous one, sorry about that). The Zoodrake remix of Horizons is another dancefloor filler and a shot in the rose! Even my 6 years old daughter came to tell me it’s a lovely song (and she’s always honest and straight about it). Last remix is the Elektrokowski version of iisland. The sound is louder and a bit more into techno & house.

I hate remixes, but most of the ones I just reviewed could have ended on the regular album and that is a real achievement! So if you add it all together you get a great album! I just hope they get enough promo, enough airplay, enough review, interviews, promo, … as I fear we won’t see them much on stage before we all get a vaccine against Covid-19! Good luck folks & stay healthy!