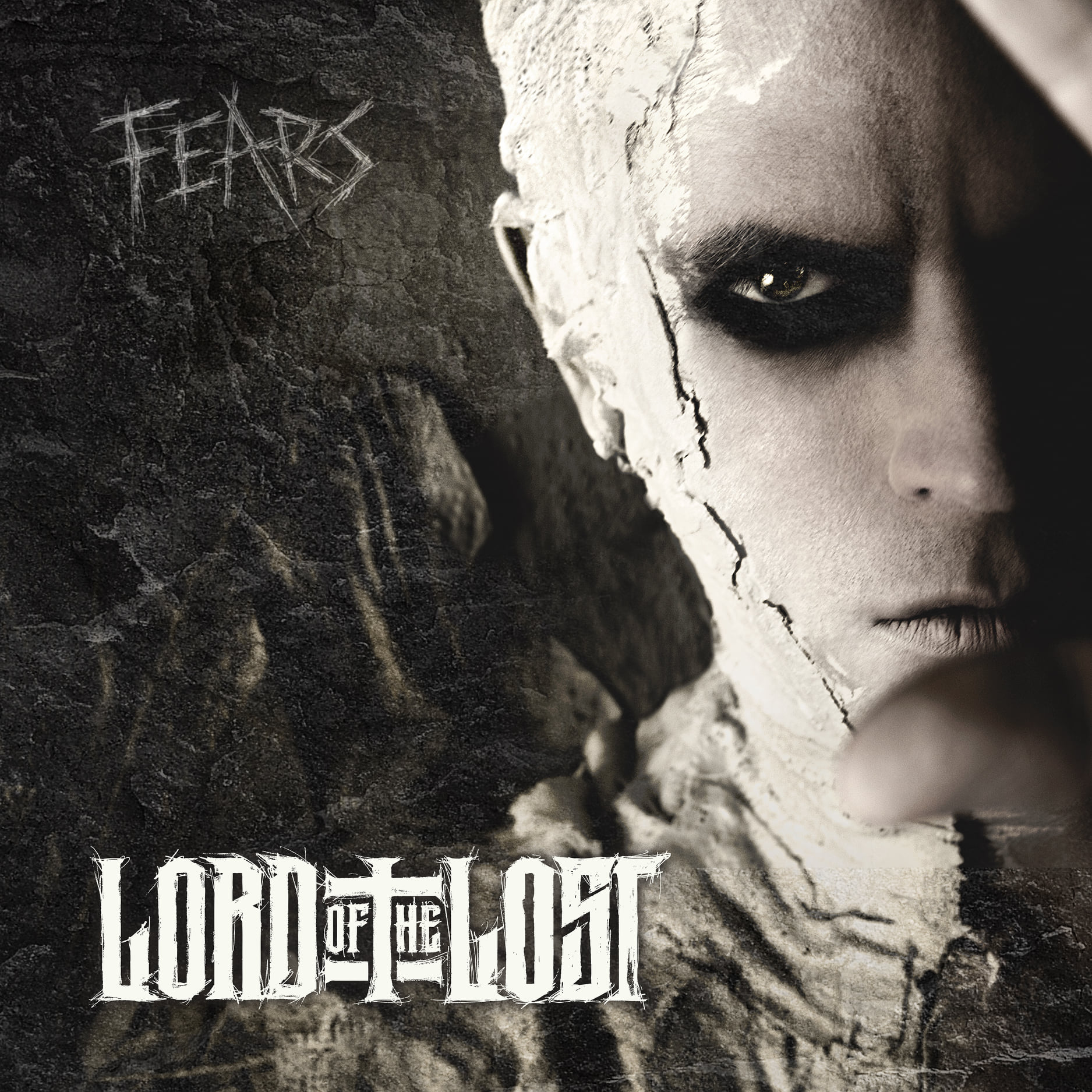 10 Years ago an album was released that launched one of the most impressive and consistent careers in dark metal - "Fears" by Lord Of The Lost. Initially, merely an idea of frontman and band founder Chris Harms, this ground breaking debut developed into a full-fledged band and set the foundation for a unique masterpiece. To mark the 10th anniversary, this classic album is remastered and re-released with bonus tracks.

Everything started quite modestly for Lord Of The Lost, too. Chris remembers "a small flat in Berlin-Friedrichshain, low budget recording equipment, a guitar, a microphone, and far too many ideas that I couldn't place anywhere else." The bittersweet atmosphere of the album perfectly captures the singer's mood: "I was newly in love and spent my days off in Berlin. But that also meant that I had a lot of time alone in this unfamiliar city, while my new girlfriend was at work during the day. So I started to write an album for her, which then became "Fears"." Songs like 'Till Death Us Do Part', 'Dry The Rain', or 'To Die For' already conveyed a melancholic flair, which, paired with heavy guitar riffs and sing-along hooks that perfectly captured the character of this extraordinary band. "Fears 2020" will be released as Digipak CD including six bonus tracks, as creme white 2-LP and as a Special Edition including the 2-LP, CD.

Now that you know the story of the album you can dig deeper and understand it better. I must say I missed the first album and only started to follow this band a bit later. This also means I know most of the tracks from live versions, remixes and clips. But enough about the past, le me focus on how I feel and think about this newer version of this 10 years old album!

Last Words is a hard rocker with some special effects on the vocals and some screaming. I like the tempo and the feel of the song. This one mixes rage with sad feelings in a perfect way (almost as if they have been doing it for years instead of putting it on a first album!

A softer and more melancholic song pops up with Break Your Heart. The little piano part mixes well with the guitars and Chris’ deep voice. Dry The Rain already sounds like a classic track, for sure the opening set and the chorus. It’s a very catchy track and will haunt you for ages! It’s a smasher and a sticky one (a difficult thing to do, but they managed it like the best).

My Deepest Fear has a clear gothic rock touch. The bats and vampires are missing, but that’s something you can fill with your imagination. The chorus is catchy and the screaming sounds perfect! A piano ballad comes with The Measure Of All Things (sung with a very deep voice). A classic gothic rock track is Till Death Us Do Part. Now that I do know the background story of this track it sounds a bit different. The song sounds more into romantic and lesser into gothic drama: the beauty now is greater!

Prologue is not at all a prologue and sounds more like a Rammstein song (guitars, drums and vocals included). I like it! Never Forgive sounds a bit more like into Marilyn Manson with raging guitars and a lot of raw screaming. Chris’ deep voice sometimes brings in a bit of peace and that’s a good thing as it’s a pretty heavy track. Some softness comes in with To Die For (touching again this romantic side), but mixes it with hard screaming (rendering the real feelings in a good way). Vicious Circle has vocals that remind me of mister Manson and is for the rest a great track. Some dark melancholy comes with Not From This World, the song gets more energy and an aggressive feel towards the end. Nothing Words Can Say is a very guitar minded track, until the piano takes over and we get a more sensitive part. Sooner Or Later is a nice track that now that I know the band better sounds like a classic Lord of The Lost Track! I also know it from the symphonic version and like this one too as the sensitive and fragile part also reigns in this original version. The piano here already reveals what will later on become their classic approach! The Eyes Of Love Are Blind - Part I starts like an almost classic Marilyn Manson track, mixed with a real piano. The song becomes a bit chaotic and noisy halfway. You hear more screaming and the guitars sound louder (just as the drums). Towards the end the piano takes over and gives it a classic touch. Time for the last part and also the last regular track: The Eyes Of Love Are Blind - Part II. The song starts as if we are going to get some harsh industrial, but the piano announces Chris' voice (deformed and very melancholic). The song becomes softer towards the end and feels more like water coming from the mountains slowly heading towards the wide open sea.

So far the outstanding regular album, after this we get some demo’s (and sometimes it’s hard to notice much difference). It’s for sure a must have for the fans! These are the tracks: My Deepest Fear (Demo 2008), Never Forgive (Demo 2008), To Die For (Demo 2008) and The Measure Of All Things (Demo 2008).

Well it was a nice retro trip! I hope Lord of The Lost gets some new fans with this re-release as they deserve it! Their first album is way better than expected! It’s clear that they started on a high level and end so far even higher! Thumbs up!