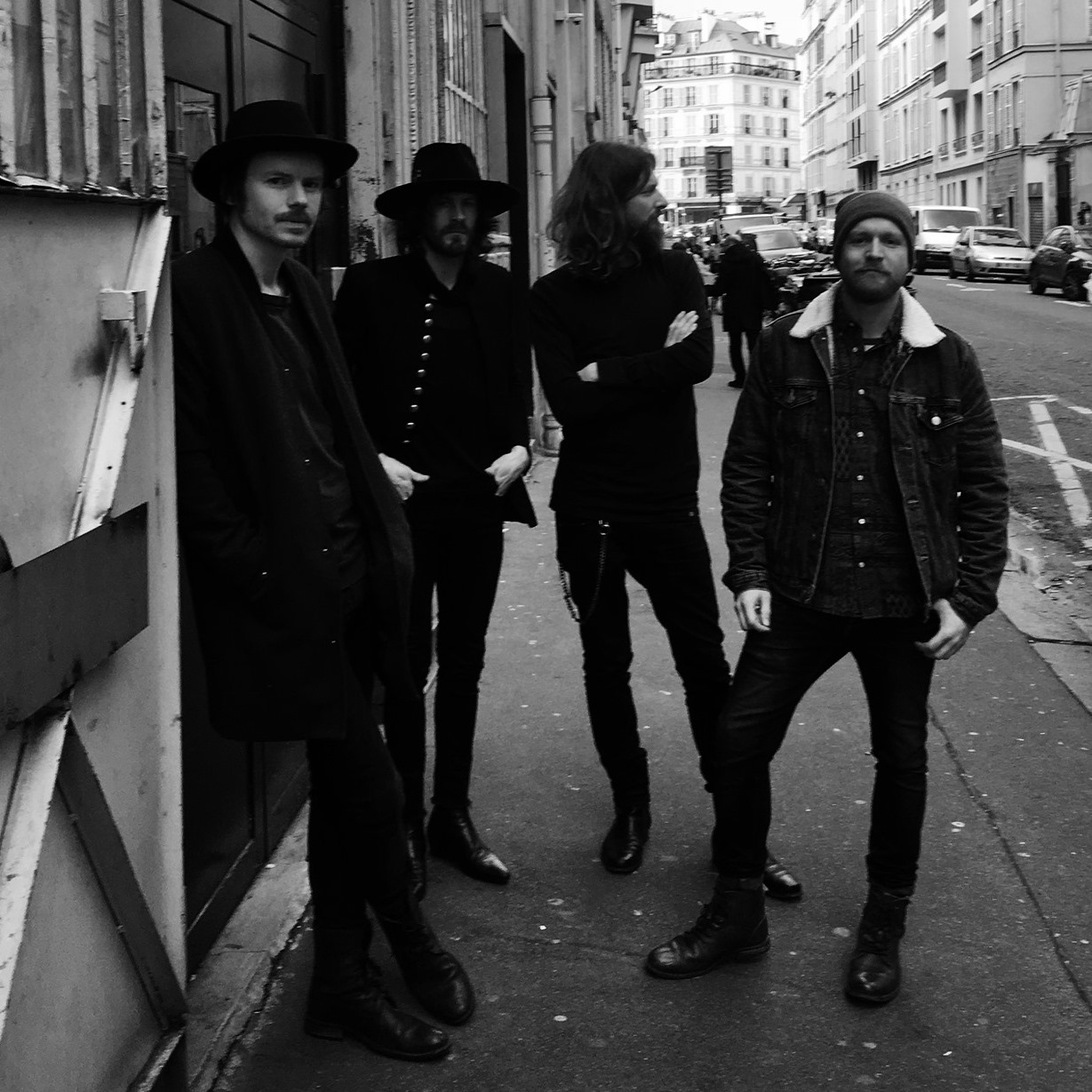 Mayflower Madame is a band from Oslo that specializes in a distinctive blend of shady dream-pop, hypnotic post-punk and atmospheric psych-Goth/Rock. In June this year, they released an  LP called: "Prepared for a Nightmare" - which has received excellent reviews.

The track is inspired by (and dedicated to) German expressionist painter Ludwig Meidner (1884-1966), mostly known for his apocalyptic landscapes and cityscapes which portray the chaotic modern world as a ferment volcano about to erupt. On a more individual level, it also describes a relentless search and longing for sources of intensified emotions in the mechanized concrete jungle - a dangerous ride which might lead you to the point of no return. However, as in Meidner's visions, the idea of letting it all burst can involve both a fear for doom and a hope for catharsis. The video was directed/edited by Astrid Serck.

More info about this band:

Oslo's Mayflower Madame are purveyors of darkly inflected post-punk swathed in shimmering shoegaze and atmospheric psychedelia. Their debut LP "Observed in a Dream" (2016) created a buzz in the underground music press and earned them tours in both North America and Europe. They have shared the stage with bands like Killing Joke, Moon Duo, Froth, Psychic Ills, Night Beats, Crocodiles and The Underground Youth, which further might give you an indication of their sonic landscape.

Mayflower Madame's long-awaited second LP "Prepared For A Nightmare" was launched June 12th 2020 (vinyl/CD) and distributed worldwide via French labels Only Lovers Records and Icy Cold Records in collaboration with US label Little Cloud Records. The album, which has received excellent reviews so far, sees the band delving even deeper into their characteristic blend of psych-noir and post-punk while also showing more variation by adding elements of dream-pop and dark-wave.