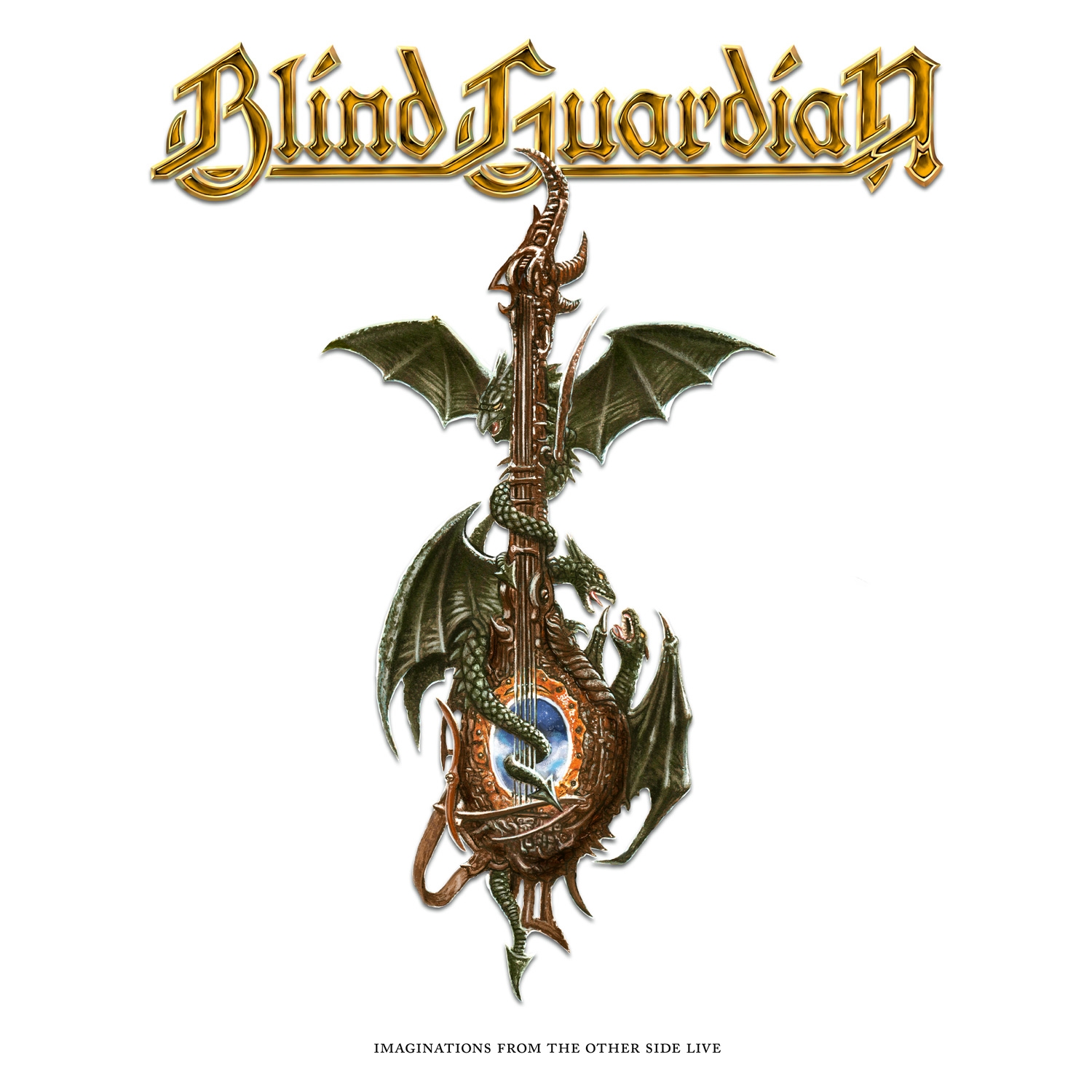 The album is right now 25 years old and I must be honest: I missed the launch and only noticed them whilst playing Sacred 2 on Playstation 2 and follow them since then. At first it sounded a bit like Queen in a bombastic/Wagnerian Symphonic metal jacket, but after a while you’ll notice it’s much more!

As I missed the original launch I will review it as a brand new one and will try to forget what I already know about them and about the songs I already know!

So let’s jump into the live tracks (gigs: I’m missing it so hard, it’s almost rude to listen to live tracks right now)! Imaginations From The Other Side (Live) sounds like the perfect intro for a gig, however it takes some time before we finally hear the first explosions. Cool thing to hear is that the band was already back then very popular as the crowds sings and screams along from the start. I’m Alive has again the fans in the slipstream, whilst the drums hit hard and Hansi does his best to follow. Sadly the backings sound a bit like too much in the back (eg not loud enough). A Past And Future Secret is the kind of songs I heard so much that I can join Hansi behind the mic and sing-a-long. It’s cool the hear the crowd clap hands so long and take over the backings from time to time. It’s so nice when you can make the crowd announce the next song the way Hansi demands it! The Script For My Requiem it’s mid-tempo track with lot’s of feedback from the crowd, but hey ware are used to hat, no? Mordred’s Song has some melancholia in it and shows off how good Hansi can scream. Born In A Mourning Hall explodes from the start and becomes halfway a nice sing-a-long song whilst the drums are hammering like crazy. Bright Eyes has become by now a classic live track and could get a karaoke version soon enough. More hard hitting comes with Another Holy War. I would describe it as a regular Blind Guardian song, but it misses that one little extra sparkle to become a top song. A by now typical closing song for gigs is And The Story Ends. It’s a long and epic track. After all those years it still stays a very cool track. This closes the live section.

Next is the remix and remaster section (starts with the 2012 versions):

Imaginations From The Other Side (2012 Remix and Remaster). Yes: finally I can listen to an album version of this one! I must say that this version sounds harder and faster then the live versions I heard so far (and that is a good and a bad thing: as I adore the many live versions). Next one is the hard hitting I'm Alive. There’s a lot of variation in it (also in the vocals) and has overall a high tempo. A Past And Future Secret sounds fragile and has a clear medieval touch. The live versions come close to this studio version. The Script For My Requiem has a synth in the front and rages from the start. For me it’s one of their lesser known songs but it’s a good one. Mordred’s Song is also in this studio version a melancholic hard hitter with some acoustic touches. A classic track is: Born In A Mourning Hall. This version sound harder and faster then the live versions I know and that amaze’s me a bit, but I like it! Bright Eyes is a classic live track and sounds in this version harder, sharper and faster! Love it! Yet another cool hard hitting track with a small Queen kind of a backing vocals situation is Another Holy War. In this version the song sounds really smooth and yet hard enough to be loved by many metal fans! Last song in the 2012 remix and remaster versions is the classic last track: And The Story Ends. It has a high Queen-minded touch with sweet vocals and a tiny touch of an acoustic guitar. I adore the melancholic touch.

Now we get to the 2018 Remix and Remaster version of the magical track: The Wizard. The pathos is here, next to the acoustic touch. It’s a slow grower, but gets there! Listen to the strong and sweet backings! Newt one is System's Failing (2018 Mix): a nice hard hitter with a good tempo and some screams!

Next is the karaoke section and with that I mean: instrumental versions of the same tracks:

We also get a demo section: Imaginations From The Other Side. Here you can hear how it sounds without the touch of a producer. I like the spooky voice and am wandering why they took it off? It’s really cool to hear that even in demo version this song sounds great! Another one that really sounds great is: I'm Alive. A Past And Future Secret has clearly a simple flute in it, whilst it sounds much more sophisticated in the final version, but this one also sounds good and that says enough about how good this “basic” version sounds. Last demo is The Script For My Requiem, where the synth sounds louder. For the rest it comes pretty close to the studio version.

The very last track on this special edition is the Orchestral version of A Past And Future Secret. Don’t be disappointed as I warn you: there are no vocals in this version!

Well it was a nice looking back and loved all of the different versions (except the instrumental aka karaoke versions). Th demo’s showed off how great the base of each track is! I miss them on stage, but at least we get some taste of it with this one! This is going to be a great Christmas gift for a lot of fans!