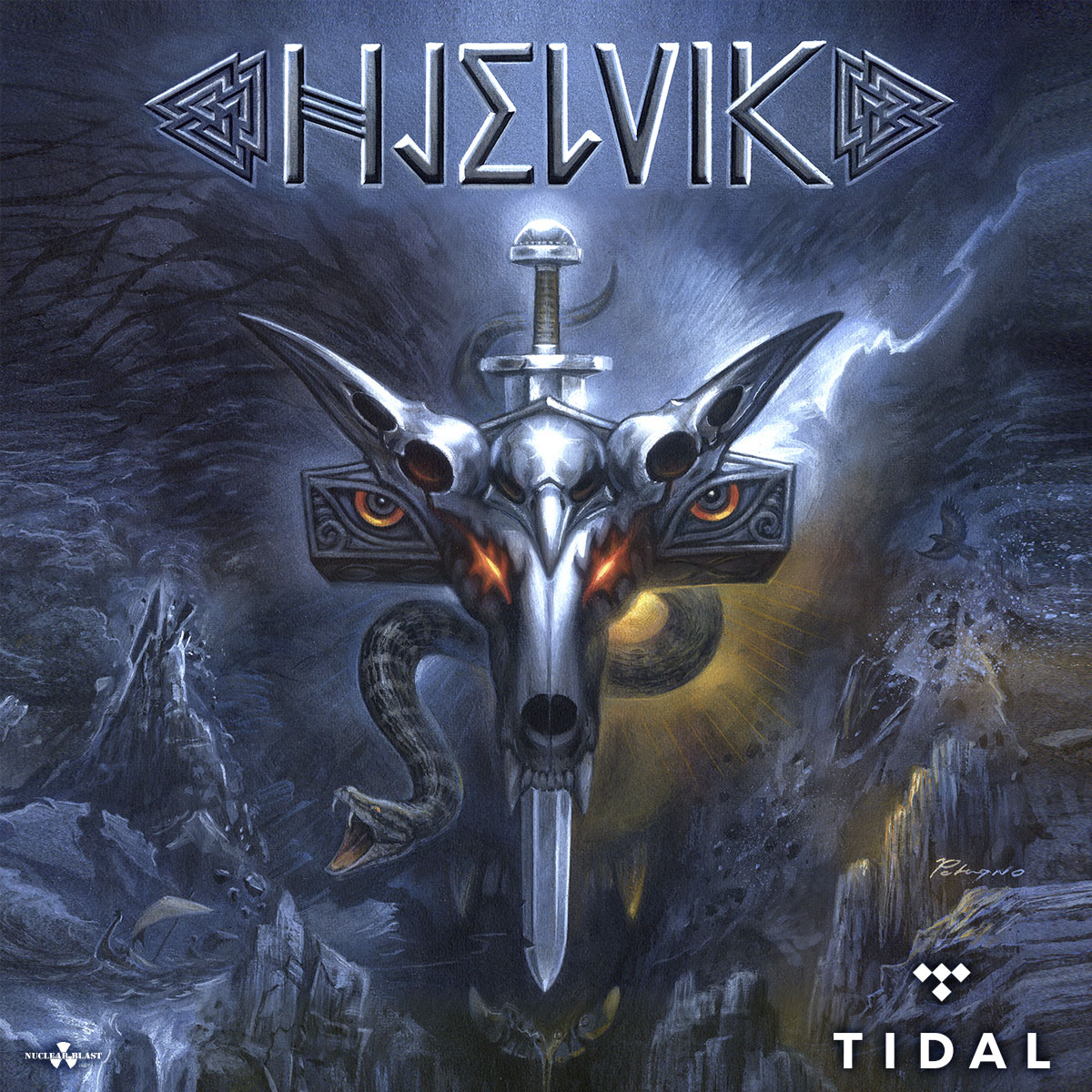 A storm is brewing. A rebirth is on its way. Prepare for the triumphant arrival of HJELVIK. Formerly known as frontman, lyricist, and co-founder of the Norwegian party rockers Kvelertak, Erlend Hjelvik parted ways with his bandmates in 2018 and has spent the last two years biding his time and plotting a return to action. One can describe this new one as Blackened Viking heavy metal!

Today, he is a rejuvenated and newly inspired metal warrior, primed and ready to launch his own solo band, HJELVIK, and their thunderous and life-affirming debut album, Welcome to Hel. “I guess it was always in the back of my mind that I would do something on my own at some point,” says Erlend. “I just didn’t quite know how! I started writing songs when I left my old band and then suddenly it really started rolling. The whole song writing process went even better than I expected and I’m really excited about getting started again.”

So far the promo intro. It was the artwork who got me into this band. After that is listened to a nipped and checked the title and the promo talk (in this order). In the end I decided to go for it!

They start with a raging bomb called Father War. It’s straight forward power metal! Screaming, hammering, hacking and slashing … the guitar and the drums are cool too! I hear a bit of a retro touch in it. I think a lot of people will adore the long guitar solo. A classic power metal track and dito title is for sure: Thor's Hammer. The backings sound like one fighting against the other whilst the drummer is hitting hard with his hammer! It’s a short track, but again giving some time for a solo guitar lick and some screaming and grunting! Helgrinda must be the shield maiden, the one he’s in love with and thus this might be a love song, but as Hjelvik is screaming and grunting so hard I don’t understand a damn thing from what he’s singing and I didn’t get the lyrics! The Power Ballad of Freyr is just what the title says and it sounds actually really great. I have a feeling they recorded it in one go! Glory of Hel is a typical power metal track with all the needed screaming, hard hitting drums and a story about fighting! Somehow this song sounds more and more like a duet towards the end (with Lemmy aka Motörhead, but it's actually Matt Pike from High on Fire, Sleep). It’s one of the best tracks on this album! 12th Spell sounds like coming out of the deep depts of hell and resurrecting one of the most badass fighters who died in the past. I also like the bass! Some good old school metal crossed with some black/Death metal comes with Ironwood. I like the acoustic outro. Kveldulv is screaming and grunting like hell and I don’t get a word from what I hear, but it sounds pretty dark. North Tsar gets off slowly and suddenly gets lead by the guitar and hard screaming on a sharp note. The drums are hitting hard (It sounds like a classic touch for this band). Parts of the backing sound like chanted by a legion of dead Vikings. Last track is Necromance. The song also has some clean vocals but I have no clue who sings along (note: it's actually Mike Scalzi  from Slough Feg), but it does sound nice! As last song it’s strange to hear an Iron Maiden touch suddenly popping up, but it’s not for long and it ends with a long scream and a slowly fading out sound too!