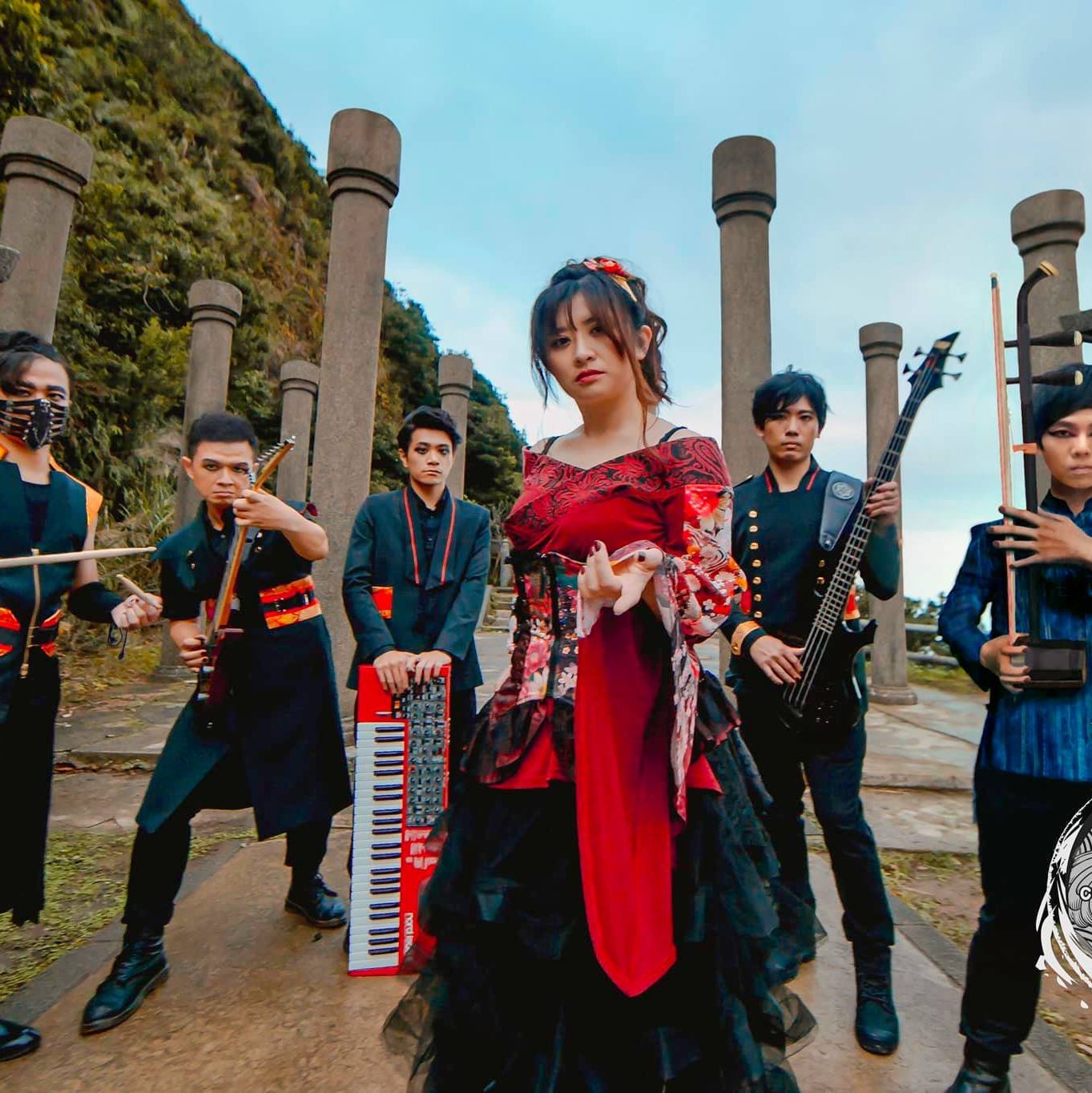 Crescent Lament’s third album "Land of Lost Voices" will be released on December 11, 2020. A sequel to thei second album, the story continues from where "Elegy for the Blossoms" left off: the unfinished romance between A-hiong and her lover, Bîng-hong. They once believed that they would not see each other again, but fate has brought them back together. They would go through the collapse of Taiwanese society in the post-WWII era, experience horrifying days that were even more miserable than wartime, and finally witness the destined tragedy of the 228 Incident.

The current MV “By the Lone Light” recounts the bereavement that A-hiong suffered, after realizing Bîng-hong has died from the indiscriminate massacre in March 1947. (Excerpt from the lyrics booklet)…… Like all young Taiwanese of that era, Bîng-hong, who had received modern education, was passionate about Taiwan’s future. “I heard something happened at Keelung harbor, I need to check it for you and our kid,” Bîng-hong told A-hiong before he headed out on 8 March 1947. “I’ll be back in the evening—if I don’t return before nightfall, I’ll spend the night at my brother’s home at Sia Liao Island,” he said, giving A-hiong a hug as he left. Bîng-hong never came home. The next day, A-hiong heard from neighbors that Chinese troops landed in Keelung the day before, and started shooting people with machine guns even before the vessels docked. Troops on land also shot people indiscriminately on the streets. Groups of students had their noses, ears, and genitals cut off, before being stabbed with bayonets. Those who survived were arrested by soldiers, and strung up with barbed wire through their palms and ankles. Then, they were shot in the back of their heads, and kicked into the harbor. Days later, innumerable floating bodies blocked the harbor, and piled up on the shore. A-hiong could not take it anymore, and was in tears all day. Bîng-hong’s body was never found. In the following two months, the KMT government violently cracked down on uprisings, and purged rebels across Taiwan. Around 20,000 civilians were murdered by the troops, most of whom belonged to the young generation. Doctors, lawyers, professors, and councilors were executed in large numbers, and an entire generation was muted……(Excerpt from the lyrics booklet) In memory of what happened in 1947, Taiwan. Crescent Lament - Land of Lost Voices.