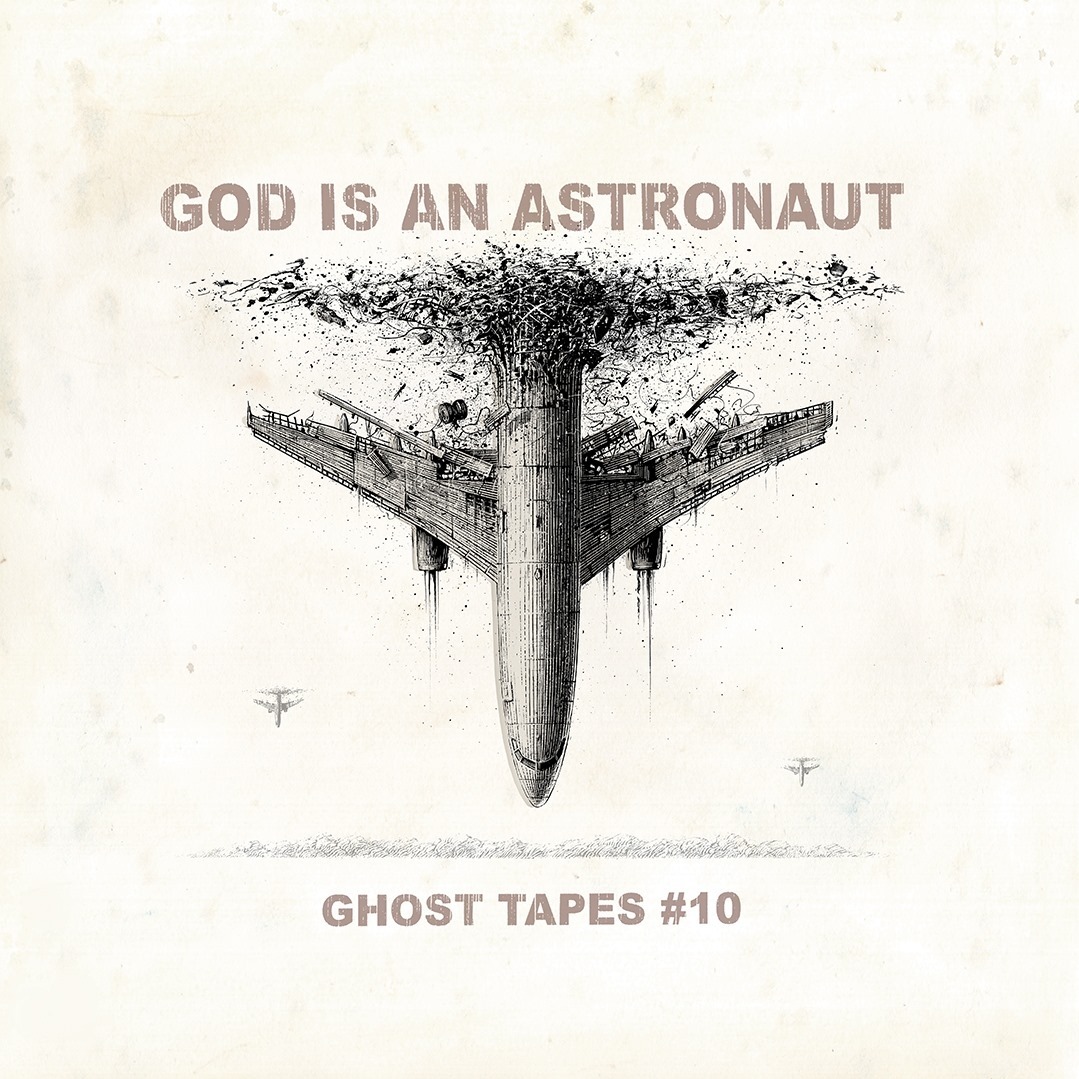 Reigning as one of the most well-known and highly critically acclaimed experimental instrumental groups out there with a respected musical legacy spanning nearly 20 years, Irish four-piece GOD IS AN ASTRONAUT will reach a career benchmark upon the release of their 10th studio album, Ghost Tapes #10 (out February 12, 2021 via Napalm Records).

The second single cut from GOD IS AN ASTRONAUT’s tenth studio album, Ghost Tapes #10, directly calls for action with an intense wall of sound, carried by a furious fuzzed bass line and a fast drum groove that culminates in a heavy, colossal apex. Keeping this energetic level on point, “Fade” comes to an end in an atmospheric and picturesque world of sounds to be discovered.

At 210 BPM, “Fade” is the fastest track that GOD IS AN ASTRONAUT has ever written. Starting off with a 10/8 time signature that fades into a 12/8 beat, the track is further proof of the band’s musical expertise. The song is illustrated by a dark and sinister black and white music video, created by Chariot Of Black Moth, which captures the intensity and showcases that “Fade” stands out among GOD IS AN ASTRONAUT’s former discography.

Ghost Tapes #10 is certainly the most ferocious GOD IS AN ASTRONAUT full-length to date – it still retains all the rich musical and emotive elements the band is known for by wheeling around luminance, but offers harsh and deep reminiscences as well. Works of art like “Burial”, “In Flux” and “Barren Trees”, with additional guitars by Jimmy Scanlan, amongst others, are proof of these creations of sound. The album’s closer, the atmospheric “Luminous Waves”, captivates in a trance-like mindset – putting one deeply in touch with their inner self, drifting away to stirring tunes of guest cello virtuoso Jo Quail.

The artwork was illustrated by David Rooney, who has worked with the band in the past, and plays into the sense of the foreboding and uncertain times we live in. Ghost Tapes #10 will be available as a four-page digipack as well as in multiple limited LP options.

Ghost Tapes #10 will be available in the following formats: