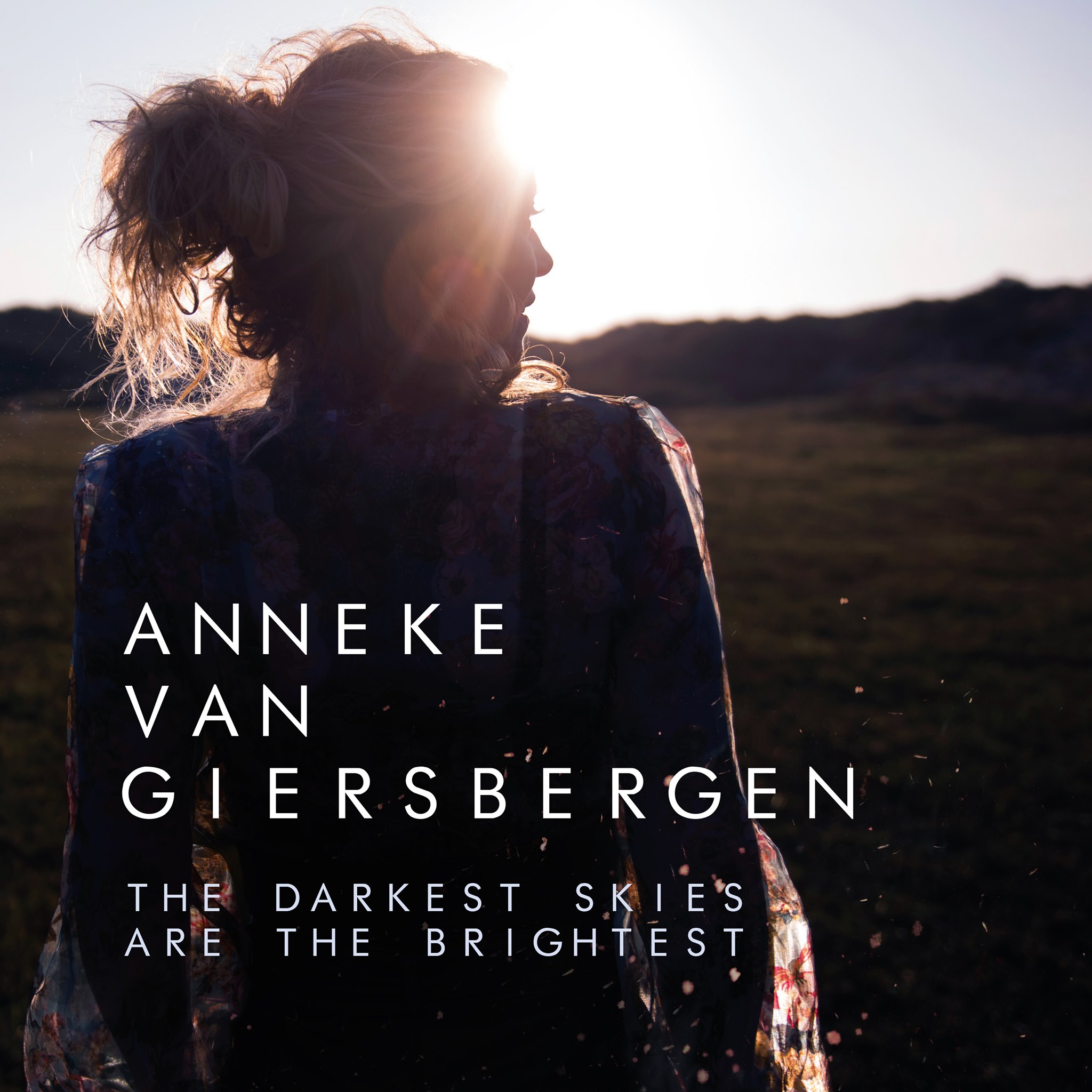 ANNEKE VAN GIERSBERGEN has a new single and video: "Hurricane"!

Lyrically, and musically, the award-winning Dutch artist lays her soul bare with the most evocative record of her career – captivating song-stories told with acoustic guitars, strings, horns, percussion, and Anneke's hypnotic vocal harmonies

Anneke van Giersbergen announced the release of her new solo album 'The Darkest Skies Are The Brightest' last year. Today sees the release of the second single and video of said album, called “Hurricane”.

Anneke comments on the single as follows: “For the new album I wrote a lot of songs filled with messages of love and heartache, but I also went on a more propulsive journey, with darker storytelling. The percussive opening groove of ‘Hurricane’ is maintained until a slightly ominous middle section. The track closes with heavy drums and a glorious trumpet solo.”

'The Darkest Skies Are The Brightest’ is available for pre-order. The album will be available as eco-friendly CD Digipak (plastic-free), as 180g Gatefold LP (incl. the album on CD) & as digital album. It will be released on February 26th, 2021.

"The Darkest Skies Are The Brightest" – Tracklist:

The album's title, 'The Darkest Skies Are The Brightest', refers to the idea that, when facing personal challenges, we are forced to find answers to life's biggest questions. But, at this point in her near-three-decade-long music career, this solo album – and, crucially, the heartbreak that inspired it – was not something Anneke van Giersbergen ever anticipated writing.

In 2018, Anneke began working on new material for her metal band, VUUR. Although their debut album, 'In This Moment We Are Free - Cities', was met with a mixed reception, fans were warming up to their heavy, progressive sound. Therefore, a rapid follow-up album would surely establish Anneke's return to fronting a metal band. However, behind the scenes, these were troubled times.

Anneke shares, ”My belief in VUUR saw me spend all my savings on recording VUUR's debut album and taking the band on the road. After completing our first touring cycle, I realized that more VUUR would mean yet more, huge financial risks.”

To make matters worse, in 2018, her long-lasting marriage, which had always been wonderful, unexpectedly saw a storm approaching. Anneke adds, “I instantly knew I needed to write music about fixing my life. This creative endeavour would be far too personal for a VUUR album. And it would also require solitude.”

With just her acoustic guitar and basic recording gear, Anneke retreated to a small house near the woods, just outside her hometown of Eindhoven. She let go of the pressures of what VUUR's future might be, and fell into the meditative process of writing a solo album. In 2019, work continued on the new songs. In 2020, Anneke asked her friend and producer, Gijs Coolen, to help finish the album.

Throughout the completion of the album, Anneke's fragile, acoustic song-stories were fused together with an alchemy of panoramic strings, horns, and percussion. The resulting 11-track record has all the intimacy of Anneke serenading an audience of one, combined with surprising departures into swampier, foot-stomping grooves.

The Japanese art of kintsugi has inspired Anneke to use a repaired heart as the album's symbol. Kintsugi teaches that bringing together the pieces of a broken object – with the use of a precious metal – adds value and uniqueness to it. And, instead of giving up on their marriage, Anneke and her husband decided to take the time to mend their bond. They now cherish the repaired heartbreak as something profoundly valuable.

Their journey through this personal storm, and the album that Anneke created in the eye of it, proves that the darkest skies truly are the brightest.