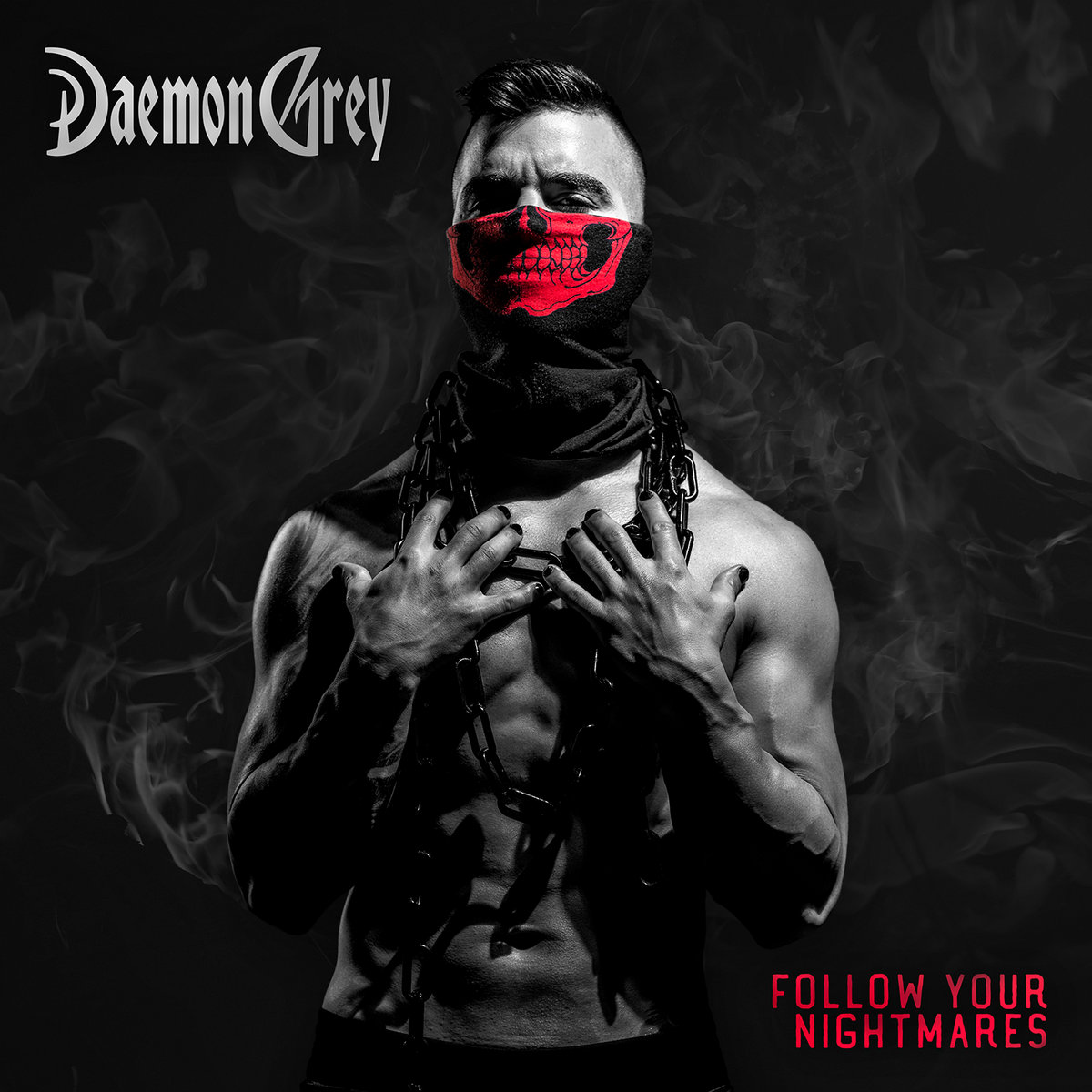 Daemon Grey - Follow Your Nightmares (Out Of Line Music)

Follow Your Nightmaresis Daemon Grey's upcoming debut full-length and was forged alongside Grammy-nominated producer Gavin Brown (Three Days Grace, Billy Talent), Mike Riley (Marilyn Manson), and Kevin Thrasher (Escape the Fate). The band has carved out a distinct corner of the metal genre with hard-hitting songs that appeal to the most discerning fans as well as the metalhead that lives inside us all. F*ck following your dreams. Daemon's mantra, Follow Your Nightmares, reminds us that true strength is attained not by chasing the light, but rather, by facing and transcending fear itself.

The Throne Room is a hart hitting electro metal intro. The real first track is King of Sin and sounds like the perfect description of Daemon Grey. It’s a nice hard rock track with a bit of electronics in the background. I must say I have been playing this one a lot lately and really adore it!

Whiskey Devil Girl sounds like the nickname if his spouse and is a cool rocker. I can hear some Marilyn Manson influences in the vocals (during some passages).Stoned And Alone describes one of his bad habits and describes a bit his philosophy. The song mixes Seether & Depeche Mode with Nickelback (sound wise).

Nature Of My Beast mixes rock with metal (same with the vocals). This might be the time to use some fire spitting dildo’s on stage. Sworn To Black is a false slow, with a bit of melancholia and some rage in it. The next one sounds a bit rawer and really brutal: I Like The Taste Of Blood. Hence, it’s a great song! Isolated sounds fragile and emotional and also refers to Stoned and Alone. You can feel the despair and sadness. The song is clearly written from the deepest darkness of his own living. Scream starts like a mix between techno and industrial and even gets a poppy feel, until the song gets shredded by some screams and grunts and it becomes a bit more a track that comes close to Sepultura and Marilyn Manson. A new twists gives it even a fragile moment, until the break out gives it again this raging feel. Last song on this nice album is already a well know one (thank to the clip): I Don’t Wanna Grow Up. This is what I call going out with a big boom!

Well, we should have gone to Canada last summer and had to cancel it all due to Corona, so when I read that Daemon Grey is a native Canadian I decided to give him a shot and I can truly say that I like the album and the clips! I hope to visit his country one day and who knows get a meet & great with this great upcoming star! I also nominate this album for my shortlist concerning the album of the year!

Check out our cool interview with him: