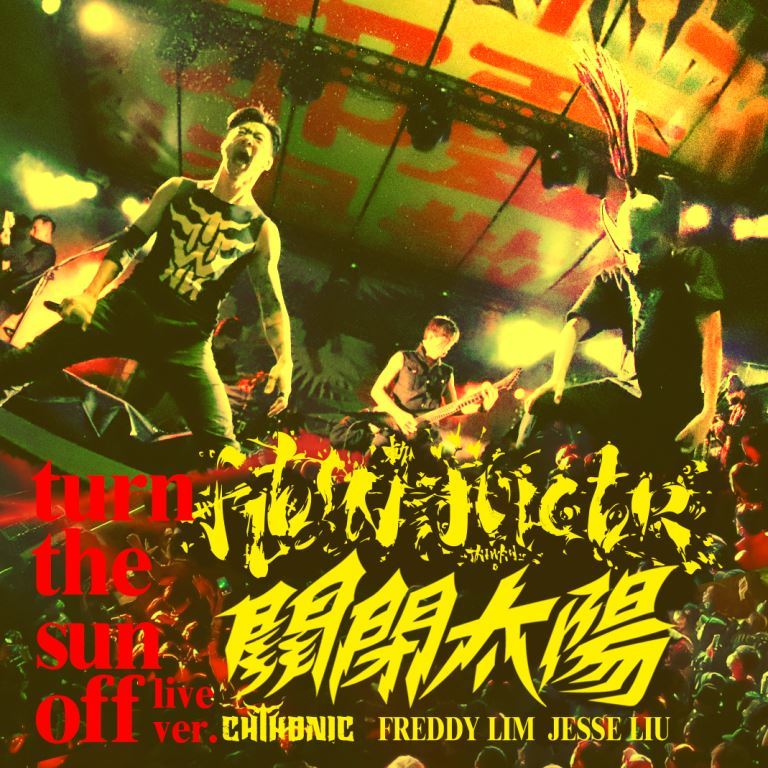 In recent years, Chthonic has maintained a low profile since their lead singer was elected to Taiwan’s parliament. Yet surprisingly on Monday (January 18), Chthonic, in collaboration with Flesh Juicer, released a new live single "Turn the Sun Off" and its live video. Released worldwide on most digital platforms. At the beginning of December last year, Chthonic lead singer Freddy and guitarist Jesse performed with Flesh Juicer at the "ROAR NOW! BANGKAH" music festival. Together they performed the song "Turn the Sun Off ", which was originally included in the Flesh Juicer’s album, "Fairy Tales of Ocean Deep", and has been quite a popular song in Taiwan’s metal scene recently.

The live single was co-vocaled by Freddy.
His raging roar and Jesse's guitar extremity were met by the lively crowd’s huge sing along in unison.
The power and zeal of the performance makes one really feel like being at the scene.

Moreover, the live video of the performance also brought the scenes to Taipei's oldest traditional festival, "Chingshan King Pilgrimage(青山王祭)'', Bangkah Park(艋舺公園), and the historic site "Longshan Temple(龍山寺)". It creates a perfect immersion of metal music and traditional culture.
The performance that day was also featured in French magazine, "Le Point", demonstrating Taiwan's experience in epidemic prevention with the international community. Now with this remarkable performance released digitally around the world, Freddy also hopes this can help the world learn more about Taiwan's metal scene and appreciate the traditional culture of Taipei’s old town. "Taiwan’s performance in epidemic prevention this year has made us more prominent. In the future, when the borders are open, please come experience Taiwan, fall in love with Taiwan!"