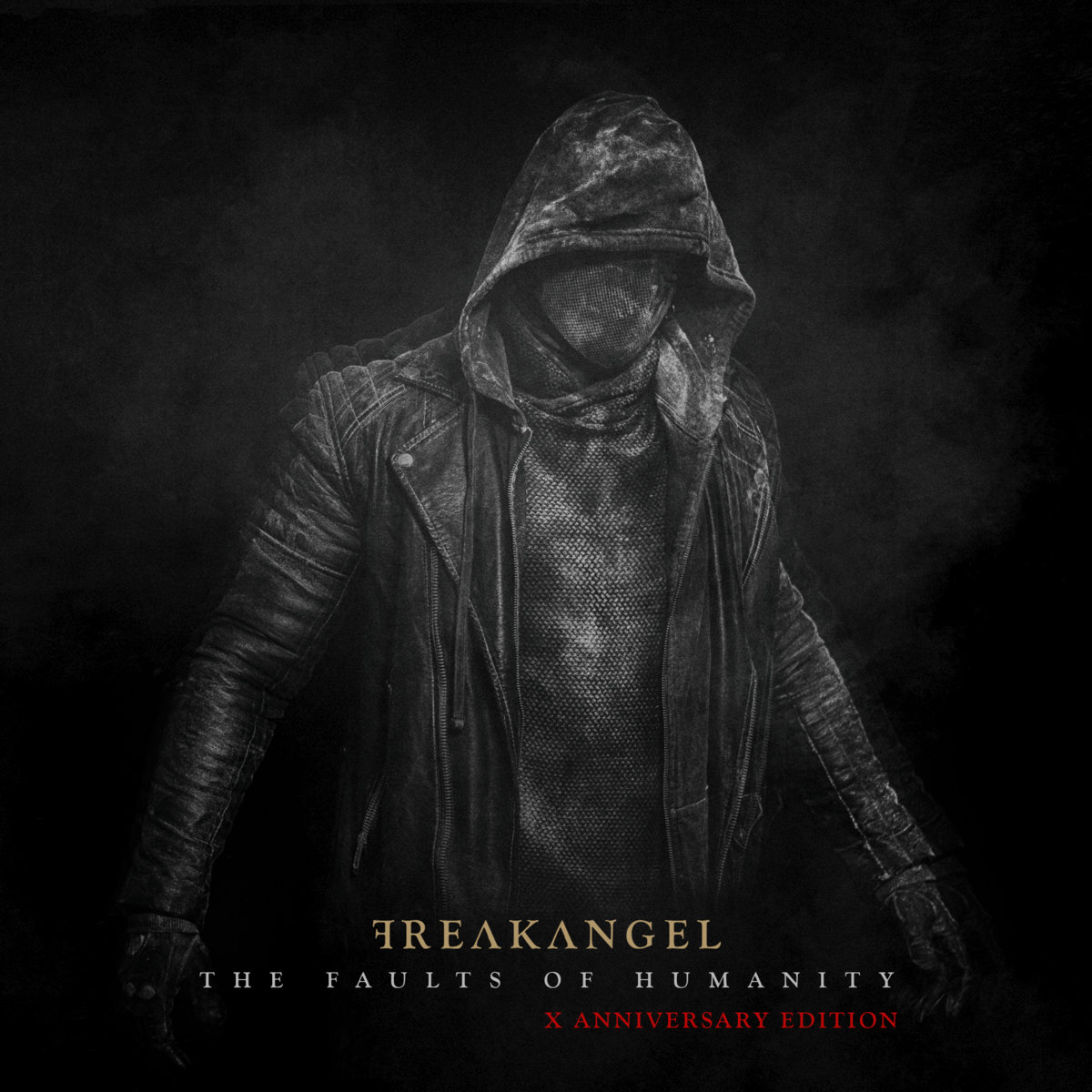 More than 10 years ago, Estonian band FREAKANGEL released their debut album “The Faults Of Humanity” on Alfa Matrix and initiated an astounding ascension towards the top of the dark aggrotech industrial scene, each time enlarging their army of followers from hard elektroheads to metal headbangers.

I have seen them on stage and know how good they are in 10 years they have changed and innovated and that is a good thing. You can consider this EP as a tiny best of put into a new jacket and adapted to 2021! Enjoy this 5 punch EP!

They start with Curse. Forgive. Kill. Cure. (X anniversary edit) and build up slowly the tension. Once the vocals are on the bomb explodes and gives us cool aggrotech/industrial with a slice of guitars. This is simply the best version of this song and that shows how good they have become after 10 years! The Last White Dance (X anniversary edit) mixes nice electro with industrial and harsh vocals. This is a dancefloor hit (for now only on private house floors, but hence it will be a new hit). Feel the rage and dance it off! It's clearly a masterclass for song crafters within this genre! Crawling In The Dark (X anniversary edit) has a lower tempo is my least favourite track on this EP. It still has the holy rage in it, but I would love to get a higher tempo. My Darling Bullet (X anniversary edit) was already a hit and gets an extra shot here! It's a bomb track and I adore this newer version that comes close to an aggrotech version of The Sisters of Mercy. I adore the female vocals and the rage mixed with the electronics. A new club hit is (re-)born! Last one is Gods Blind Game (X anniversary edit): mixing guitars with electro and techno! The song sounds modern and fresh and is yet another bomb track! Feel the rage, enjoy the high tempo and the beats! Dance! Dance! Dance! Damn this feel great! On the other side this also will hurt the people who used to go out every weekend and enjoy the club life! For now our livingroom has turned into a private club and it's each in his/her own house!

Spread the news about this new EP, enjoy, like share, buy ... It's worth it! I absolutely adore it and they make me miss normal life even harder!