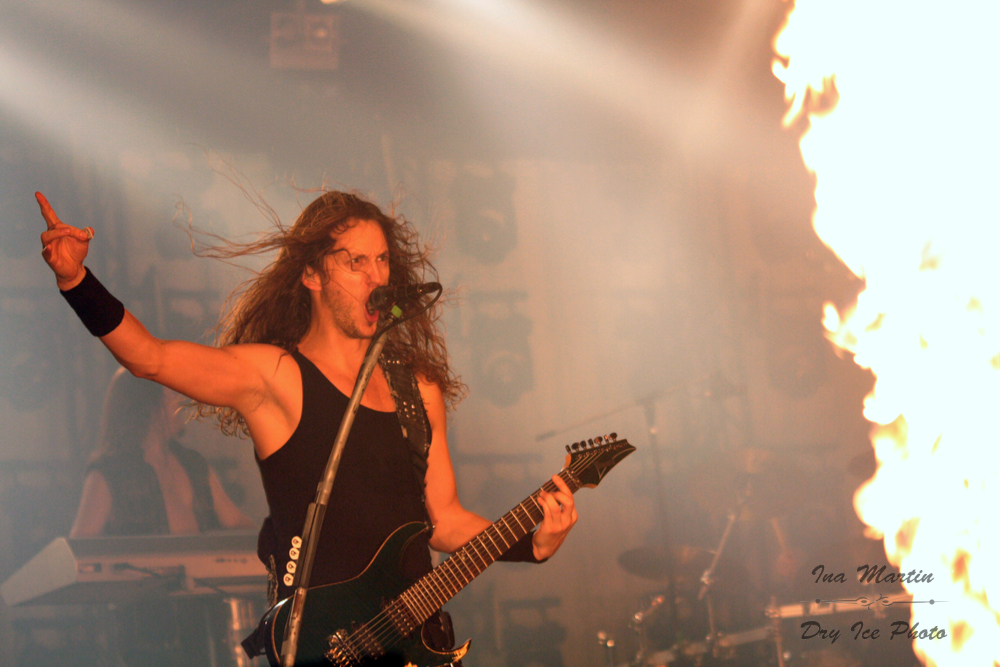 Mark Jansen (Epica) talks about Omega, Japan and the Universe

On 26 February Epica released their latest masterpiece, Omega. Somewhat aptly in the middle of the apocalyptic present, it draws its inspiration from the Omega point theory which suggests that the ultimate fate of the universe is to spiral towards a final point of unification. I was so impressed by the new album, that I had to ask for an interview, even though I was somewhat late in submitting my request. Mark graciously agreed, and here it is, from lucid dreams to Wim Hof, to Japan and anime, rounding off with spirituality and Epica's next plans. 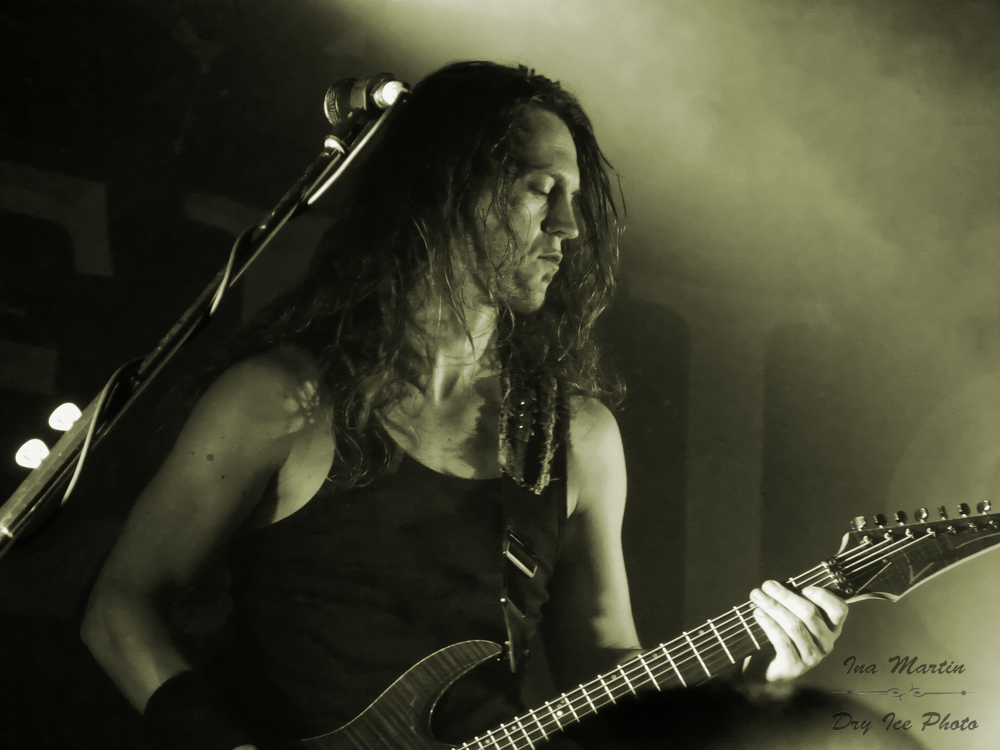 "First of all, thank you very much for agreeing to this interview, even though it's late into the promo stage."

"For Omega you did something different from the usual working process, is that right? You all got together in a house for a week to brainstorm, what did that feel like? Did you discover new things about each other during that intense creative process?"

Mark: "We discovered that we really enjoyed working like this and that it initiated a creative outburst, I can really state that this week has made a big difference for the album. Almost all songs were lifted to a next level. We also had a good time with each other before the work day started and after it ended."

"It was the first time using a children's choir, wasn't it? Did that create a special feeling, what was it like working with the children? How did they react to the songs?"

Mark: "I haven’t been there during the actual recordings of the children choir but from what Coen told me the kids were very excited and had a lot of fun during the process. A children’s choir has a unique sound which you can’t reproduce with an adult choir. So we had two recording sessions. One with the adult choir and one with the children."

"Seal of Solomon deals with more of a supernatural theme then the rest of the songs from Omega, what's the connection between it and the general theme of the album of reaching the Omega point?"

Mark: "During my studies I stumbled upon Solomon’s wisdom, teachings and his seals.

King Solomon is considered to be one of the founders of esoteric science. His discoveries strongly formed the basis of the Kabbalah and other occult teachings. The Seal of Solomon is a six-sided star or hexagram made of two interconnected triangles with powerful magical properties. The mystical union of the two triangles represents Creation, occurring through the divine union of male and female.

Whereas the Omega point theory deals about that we are fated to swirl towards one point of total unification."

"There are recurring references about night and dreaming in Omega, and I watched an interview with Simone in which she said her dreams are usually very lucid. How about your dreams? What are they like, and have they inspired any of the Epica songs, not just from Omega but in the past as well?"

Mark: "I had a time where I had several lucid dreams. I took control over the dream and could fly wherever I wanted. Which was very exiting as I love flying. Not like in a plane but really flying like a bird. Rob did dream about Rivers and wrote that song when he dreamed about the topic and music. I sometimes wake up as well with a melody in my head which I usually record on my phone and continue sleeping haha. Over the last few years I often dreamed about being in a plane that crashed which often means some big changes are going to happen in life. Maybe the pandemic situation..."

"It's been five years since the last album release, and as far as I know most companies would push for their artists to release albums within a certain period of time, and indeed your previous albums have been released within two years of each other, but it seems you had the freedom to take a longer break this time, is this due to your ever-increasing popularity? Do you feel that you get more freedom now than a band would normally enjoy, especially when they're closer to the beginning of their career, rather than approaching  their 20th anniversary? Or was it just because of the two EPs that you did during that time?"

Mark: "We were only pressured once to get into the studio (for Consign to Oblivion) and that’s when we decided no one is ever gonna pressure us again haha. With Nuclear Blast we have nowadays a record company that never pressures us anyway to get into the studio, they’d only show interest about how’s the situation.

It took us 5 years this time (even though in between we released two EPs and a book) and we didn’t even realize that it was so long. We do only release an album when we feel it is the right time and the material does add something significant to our discography."

"Speaking of the 20th anniversary, which is next year, are there any plans for special merchandise for the now twice-postponed tour? It wasn't planned as an anniversary tour, but as it happened that way, it would be awesome if there's some stuff celebrating both the anniversary and the return to touring."

Mark: "I almost don’t dare to look so far forward anymore as no one knows yet how things are going to develop. Let’s hope we will be able to celebrate our anniversary year in a good way indeed with some special merchandise as well."

"The last time I saw Epica live was four years ago in Tokyo, Japan. This was your first time in Japan, and you had another concert there the year after, what did you think of the Japanese audience? And what were your impressions of Japan?"

Mark: "I really like Japan and we were so lucky to be there in the blossom period :)
The fans are very polite and when they ask a question it’s always a profound one. Can’t wait to be back whenever it’s possible again."

Speaking of Japan, I have two questions from my Japanese friend, Jin:

"When I listened to Crimson Bow and Arrow (author's note: the theme tune to a popular Japanese anime, which Epica covered in their EP Epica vs Attack on Titan Songs), I thought it was more suitable for Attack on Titan than the original song! I love it. I still get goose bumps when I listen to it. Are there any other Japanese anime songs you would like to collaborate with?"

Mark: "Thank you :) It was a challenge that we accepted as we had never done something like this before. It was a lot of fun to work on those tracks and if we ever get another chance to do something like this we will definitely consider. I have no titles in mind yet as I don’t watch much TV personally."

"Epica's songs are dynamic (there are many songs with a quiet intro → strong verse), and I feel like the story begins, and I really like it, but to what extent are you conscious of that when writing songs?"

Mark: "It’s partly going with the flow and intuition but also we try to keep an eye on a logical structure for most of the songs." 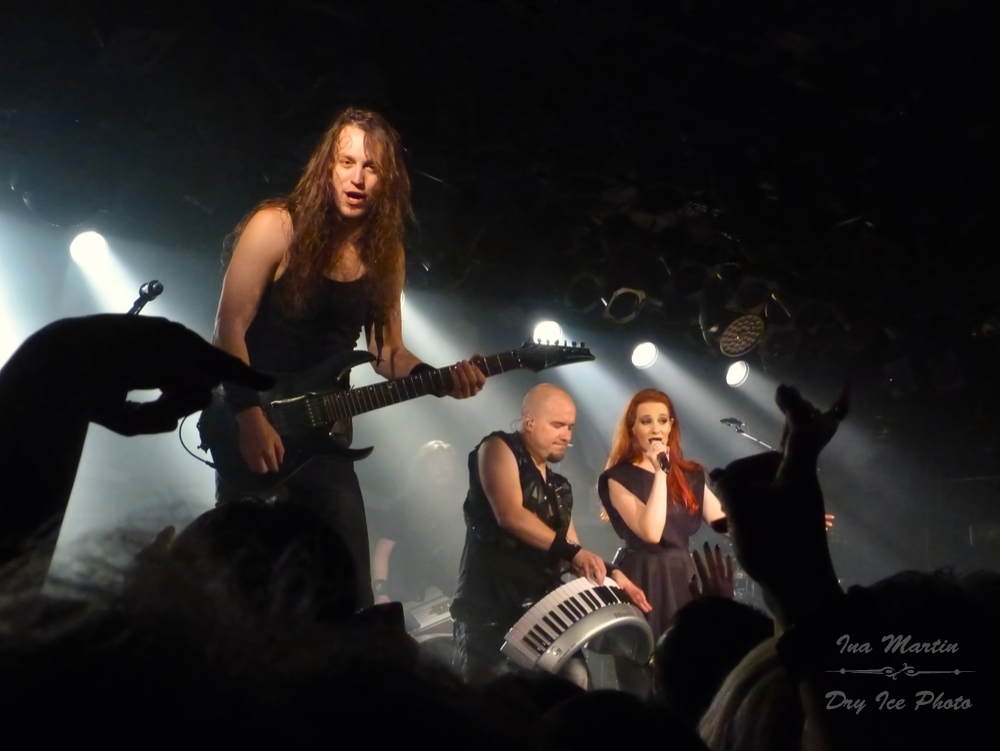 I have a few more fan questions. First, from Will from the Netherlands:

"Have you ever met Wim Hof (author's note: Wim Hof, also known as The Iceman, is a Dutch extreme athlete noted for his ability to withstand freezing temperatures. Mark follows his example by taking ice baths) in person?"

Mark: "I have never met him personally yet but hopefully it will happen in the future. I follow his method indeed (today i did the breathing exercises and took an ice bath for example)

It’s amazing how it makes you feel (good). And the immune system benefits enormously from it. Since i started with it about 4 years ago I never got the flu anymore. And I did build my own ice bath in the garden."

And then from Paul from England:

"The last man on the moon, Eugene Cernan in the documentary Shadow of the Moon said that science and technology had got him to the moon but when he was there and looked back at the Earth, he said he felt science had no answers for, and on a spiritual level, that the world had too much purpose and was too beautiful to have happened by accident and so that there had to be a creator of the Universe that stands above us and all the religions that we create to help govern our lives. Do you think there is a 'bigger' somebody, being / creator, a God - something we do not know as yet and that science and spirituality can meet to discover it?"

Mark: "I do agree with Eugene, I think so too that it wasn’t an accident. But it already depends on what you take as the basis of our universe. Science often takes matter as the building blocks and considers consciousness as a side product of evolution. But many ancient wisdom teachings show us that this can be a wrong assumption. I think consciousness is the basis of it all and (co-) created it. We are conscious beings experiencing a conscious creation. So in a way we are consciousness experiencing itself, maybe to learn from itself? Either way it’s a beautiful experience and if we would realize how much we are part of it and connected to it all we would start living a much different way of life based on respect, love and co-operation."

"Epica's songs have themes of light and dark, hope and creating your own Universe, a better world for yourself. Have you had dark and difficult experiences in the past that you have overcome, such as anxiety, which has helped in your creativity to help send a positive message that there is light and hope from the dark that people struggle with each day?"

Mark: "I have had to deal with depressions in the past and had to find ways to overcome. I always looked for natural ways as I never wanted to take any medication for that. I found a great tool in the wim hof method for that by the way. We all have to deal with certain dark things and emotions in our lives and we all have to find our ways to overcome. And where we can to help others on their journey as well."

"Do you believe in Angels or spiritual beings that help guide us and help when called upon in dark moments or just implant creative sparks which help to create songs or poems?"

Mark: "Help and guidance can come in many ways and one can give many names to it too. I call it often the inner guide that we all have access to. Others call it guardian angels, everlasting consciousness or God but after all it all comes down to more or less the same. We all feel the guidance when we focus on it and accept it. We are not alone :) "

"Do you think the human soul is the brightest light in the Universe?"

"You have always made an effort to meet fans after shows when possible, will you hope to continue this as Epica become more popular, as you all come across as very humble people who love and enjoy your time together which creates a wonderful Epica family feeling?"

Mark: "Yes we will always keep doing so whenever it’s possible again. The Epicans are very dear to us and it truly feels like one big family."

"And now, to wrap up the interview, what's next? Another video, a live stream gig, or thinking about ideas for the next album?" 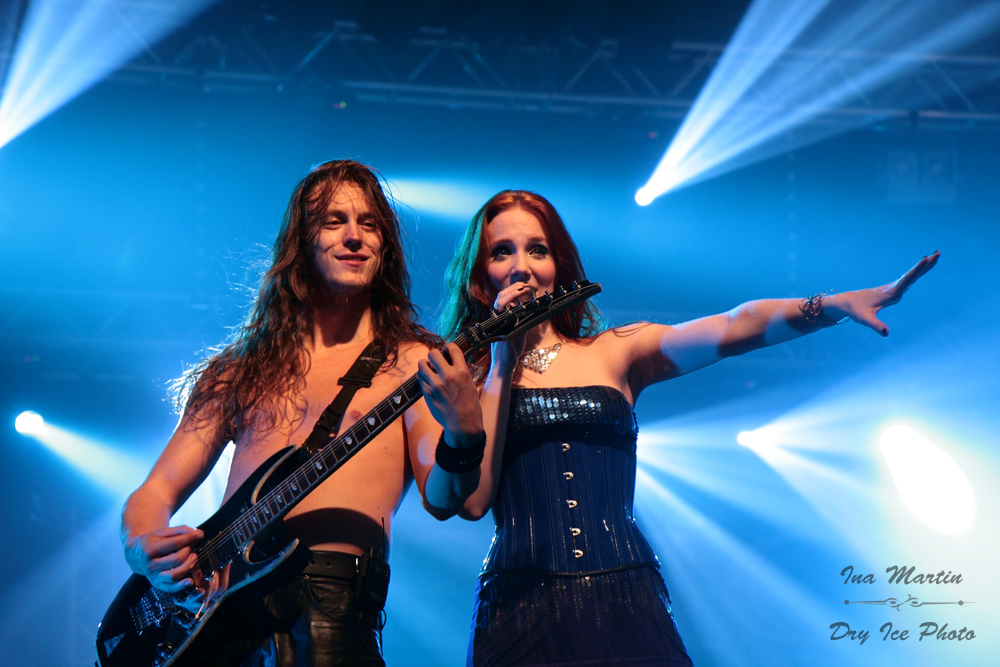