Somewhere early in July we were knocked off our feet by the performance of Bark at Antwerp Metal Fest. Facing a heat-wave and sweating our balls off, we thought we had already taken all the heat we possibly could. What did we know. The nuclear meltdown was yet to come, as Bark, the latest project by Martin Furia and Rui Da Selva, pushed us beyond our limits with a playlist no living soul could remain unmoved by.

Our personal expectations ran high when Bark entered the main stage at RocktoberFest, and yes, the band once again nailed it. We thought this time it was time for some questions.

Rui and Martin: adding up a 'new' band called Bark to the bands the two of you already play in ... Apart from the bandname itself I read definitions such as 'pack of stray dogs' and 'rabies infected' where the band is introduced. Also the first video from the upcoming album is called 'Voice of Dog'. It's clear that at least one of you has a downright sympathy for dogs. What is it about the animal that makes you so wild?

*** Dogs give us good inspiration for our music and the way to explain it!

With Aguardente bringing us more the catchy part of metal and Marginal doing that crusty/grindy thing, in what way does Bark differ from those two bands? In what way does the band add something to your musical experience that wasn't there yet?

*** The 3 bands are very different but at the same time very alike somehow!  It's all very simple and to the point in many different ways.

Maybe the biggest differences are in the lyrics Aguardente is kind of a rock band, focused more on the fun part of life: booze, girls, party.

We have a lot of fun with Marginal too, but that band is lyrically completely on the other side: politics, society, religion, rebellion.  With Bark lyrics are more personal: thoughts, attitudes, ideas or events.

Playing in Bark also gives us the possibility to keep learning and playing heavy music with great people/musicians like Jorn and Ron. We are really lucky: in all three bands we play with guys we love as musicians and friends, like Jolle, Beuk, Steven, Ward, Ron, Jorn, Alex and Tom, all of them brothers of life. 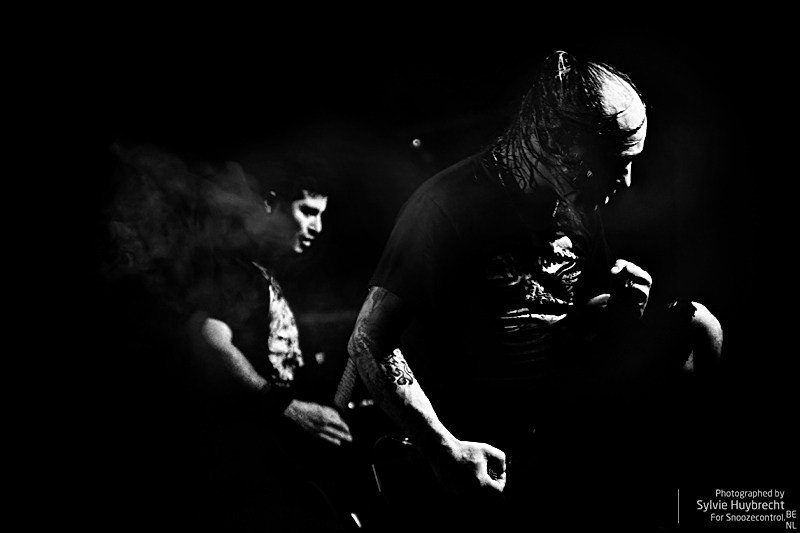 How did things get started? Who came up with the idea for Bark and how did the 5 of you end up  howling together?

*** Well, this all comes from the first rehearsal of the band, where we actually went to rehearse for Aguardente.  It was just Ward, Rui and Martin.  We had no gigs ahead with Aguardente so we started to jam some stuff.  We were getting really excited with the riffs that we were coming up with, but we noticed it was nothing for Aguardente and said 'we should start a new band for this!'

The stuff was pretty fast and short and we thought we needed a brutal singer, that could 'bark' on top of the music, that was the word we used.  We immediately thought of Ron who we knew already from Hard Resistance and Unleash the Fury.  For the bass Ward always wanted to have a band with his brother Jorn and the chance was perfect, since Tom from Aguardente didn't want to play in another band.

So, someone said actually 'Bark would be a cool name!' From there on it was kind of a drunk brainstorm. We asked ourselves: 'What is a bark?' 'It's the voice of a dog'. From 'dog' to 'god' it was a small step, and we noticed we had a kind of world there in which the band could move: dirty streets, stray life, dodgy people, freedom and even a fucked up 'Dog God' for that world.

That was an incredible night, we did 24 riffs that night and some of them were already full songs.  Songs like Voice of Dog, I Remain Untamed, Black Steel, All Hell Breakes Loose, Streets of Babylon, they all were composed that night.

We did 7 full songs that rehearsal that ended up in the album almost exactly the same way as we played them for the first time jamming. 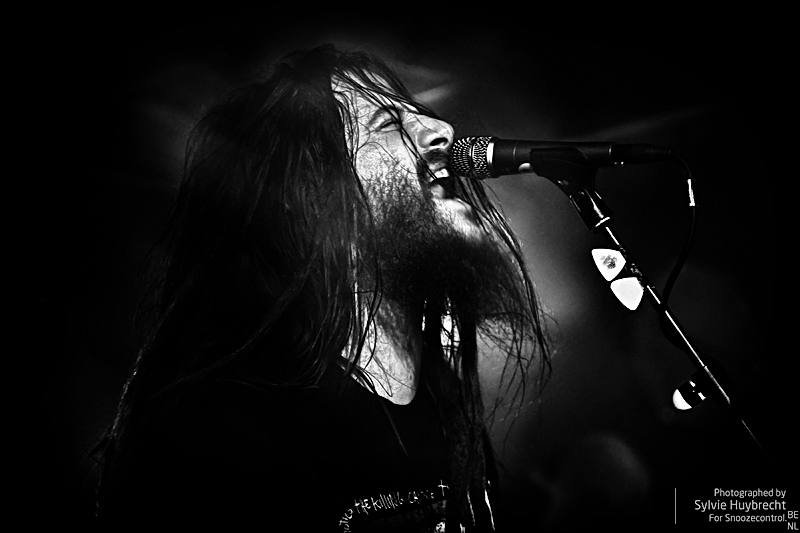 I think it is safe to say that you two are dedicated to the Antwerp Underground Metal scene. Would you like to share with us some of your ideas and ideologies about what music should/could be and whom it is for?

*** Rui is Portuguese and Martin Argentine. We met in Antwerp like 7 years ago.  Since then we started to hang around together, we become brothers and we of course ended up playing together. We call Antwerp Music City our home and there's a lot of talent in there.

Regarding ideas and ideologies, we have our almighty 'No Bullshit Policy' with Rui that we transmit  to the bands also. Is a kind of unsigned contract which we base our lives on and it seems to work for all levels of our life.  We have to enjoy what we are doing, no egoes, no stupid attitudes, things to the point, NO BULLSHIT.

When it comes to music we want it to be kickass, badass, fucked up, evil, simple ..., all that kind of words, and doesn't matter who brings the riffs or lyrics or anything. If we are not blown away very quickly and get all 'aaaargggh!!!' and excitedn we just discard the idea and move on. We are not very patient and our attention span is really short.

Regarding whom is it for: we know when something is for Marginal, Aguardente or Bark when it just sounds like that.

How do you see the future of Bark? Clinging to the underground scene of going more commercial?

*** Hopefully playing a lot, making more songs we love playing and keeping the great vibe in the band.  The rest is bullshit.

The first full album is expected in November. A 3-track EP was released earlier this year to tease the fans. Can we expect more of the same thing on that album? If you had to describe the album with one word, what would that be? Is there a record label involved?

*** The album is called 'Voice of Dog' and it will be released in January after all, via Sideburn Records from Belgium. That is a small, cool label that released among others Your Highness.

The EP was a bit to introduce the band and spread the music around, and the same with the video. In the meantime it gives us time to prepare the artwork, send the vinyls and cd's to press, etc.

The cover is killer! It's made by Juan Machado who is a young artist from Argentina and singer of a great band there called Altar, that you should totally check out!

The album will contain 12 songs, all in this vein of short, pounding songs.  The longest is like 3 minutes and the shortest 1 minute. We are playing all these songs live nowadays.  There are some fast ones, some slow ones, some midtempo, but they are all equally powerful.

'Voice of Dog' was produced by the band and it was pretty laid back because Martin has been busy producing albums for a while (Vanderbuyst, Bliksem, Animal Version, Incinerate, Knives to a Gunfight). Then it was mixed and mastered by Tue Madsen, who worked with lots of awesome bands (Aborted, Sick of it All, Moonspell, The Haunted, Dark Tranquillity) .

Describing the band in one word is a bit difficult, but there is this funny thing that happens all the time. When we sent the demo to Tue to hear if he wanted to mix it, he replied :'Fucking Hell!! What is this? I surely want to do it!' Then when he had finished his awesome work and sent it back to us, we started to share it with our closest friends and they all used the same words 'Fucking Hell!' So we can describe Bark in two words, Bark is Fucking Hell!

Thank you Martin and Rui!