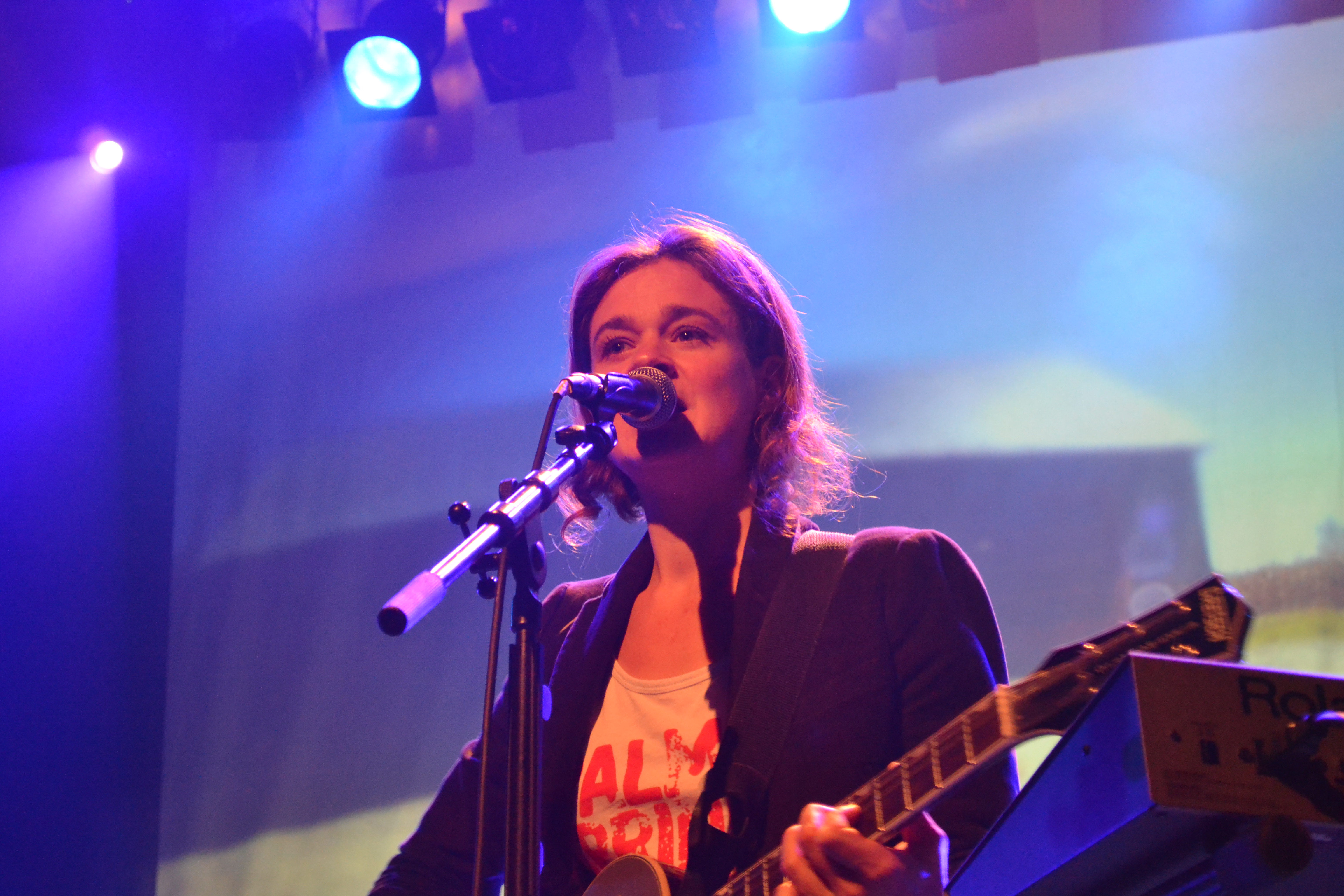 Interview with Cloé du Trèfle about the past, present and future ...

Cloé (du Trèfle) is one of those artists that I follow from the beginning and as for today it has been 22 years (or more) that I have been following her. As I noticed she is really getting very active lately I felt the urge to interview her (this time in English, as I did in French/Flemish in the past), she was so kind to respond ...

Years ago I noticed you during a school’s afterparty at the original Magasin4 in Brussels. Do you still remember that?

I played several times at Magasin4, my first concert was there, in 1996, I think.

And how old where you then?

After that you played at Woodjet Rock Festival (I was part of the team and had the duty to interview all the bands), any memories from that festival?

Yes, it was a nice festival! I think we played with the band Melon Galia, and also with Moxie. I don’t remember much about it, it has been a long time.

Your band back then was called Clovers Cloé, recently you changed it into Cloé du Trefle, why did that happen?

After the album and playing a lot with the band, I wanted to play solo again, and to offer something different, aside from Clover's Cloé. There was a French contest, so I forced myself to write 4 songs in French in one month, and then I sent them to take part in this contest. I was a finalist, then I won other contests (Musique à la française, Coup de Coeur des Francofolies de Spa, Coup de Coeur du Botanique,...) and a record company offered me a contract.

So, as I finished my studies at IHECS, I gave myself 1 year to see if I could make a living with my music. 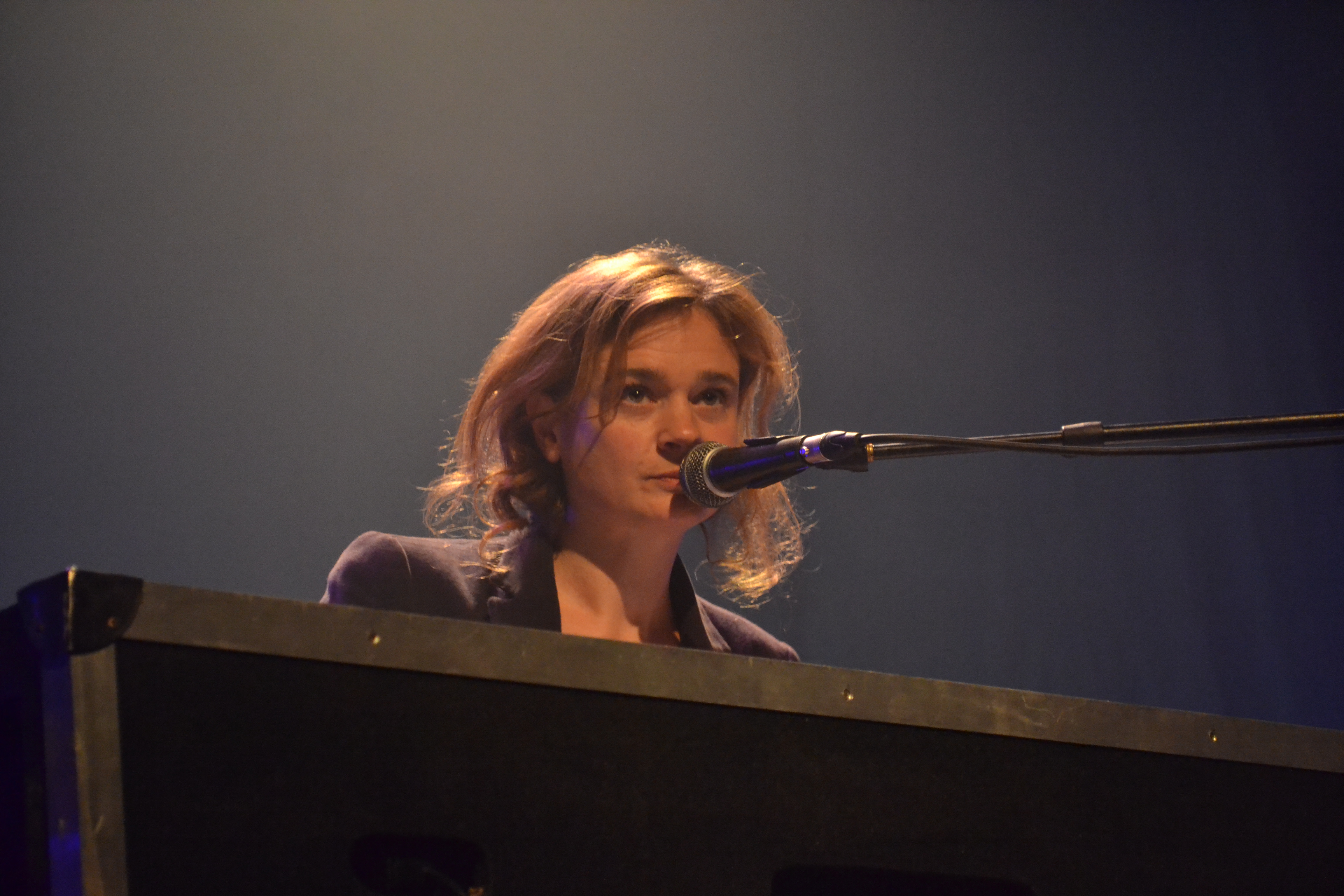 I feel like it’s a gap in your bio, it’s even hard to find older tracks on YouTube, any reason for this?

No... but i'm not good at visuals! And when the album was released (in 2001) I'm not sure YouTube already existed...  But I should have had more friends who made music videos for me!

We saw each other again 2 months ago, I was helping a friend for a concert, Clare Louise, who made the opening act of An Pierlé in a church. It was nice to see her again. For me, the most beautiful thing she created was her first album. So pure and such a great sound. But I have a lot of respect for her evolution and her researches.

Did I recall it good that her voice figured on one of your tracks?

No, it was Tyan! A wonderful radio presenter who had the show Les 100 minutes par delà on Radio 21. She made me discover hundreds of amazing songs. I miss her a lot!

My i-tunes account can play for several days without ending, out of the 5078 songs No Matter is my most played track ever, how does it feel and can you say something about the track itself?

That's a nice surprise! It is so nice that when you make an album, the songs go on to live by themselves. Then they belong to the people listening to them.

I'm not so good at diffusion, I do a lot in self-production, so that's very nice to hear.

Not so long ago I interviewed Pierre Goudesone (to promote his own bands), who produced one of your albums, do you still recall how it was to work with him and for which album was it again?

It was For the album of Clover's CloéTales from my skyscraper.

You also had a philharmonic project, how did that become reality?

It was an incredible proposition from L'Orchestre de Chambre du Luxembourg. I was working with the great arranger Renaud Lhoest, and they were looking for a French-speaking artist, more contemporary, and they liked the fact that I mixed electronic and visuals for my concert. So they offered to make a creation around them. So my last album D'une nuit à une autre has great orchestral arrangements on it.

Over the years you played all over the world: in Africa, Bresil, China, Vietnam, Eastern Countries,... how did it all happen?

I once received an email to play some concerts in China... I didn't really believed in it, I thought it was a joke... but I answered the mail. Then finally I got 14 concerts there, in 12 different cities! After that I got to play in Vietnam, where I met a great African musician in a festival, Maryse Ngalula, who liked my music & proposed to me to come play at a women's festival she organized in Kinshasa. And from festival after festival I got different propositions.

As a young girl you played at The Botanique, Dour festival, did the warming up part in the AB for Ani DiFranco, how do you look back at it?

It was just great...

Can I say that you never made a fuzz about falling in love with other girls? Was it hard for you?

Love is love. No fuss about it.

In 2016 you took part of many projects, can you drop their name and say something about them all?

I worked a lot with the videast & poet Nganji Laeh.

I also recorded & played for the new album of l'Orchestre du Mouvement Perpetuel. The album will be released around February. It’s the project of Peter Bultink and we'll tour with the cello player Céline Chappuis.

I worked with the French artist Caroline Le Méhauté (I made some sounds for her sculptures) and also with other videasts & musicians.

Your last album was mostly about Brussels, the melting pot of races, colors, feelings, poverty, people from Brussels … How did people react to it?

They were curious. I think they liked the idea of sampling voices of real people for songs, in a documentary point of vue. The whole album is like a road movie, that tells a story. It is about someone leaving abroad, and its last 24 hours in Brussels.

I released the cd in a book, for me that introduces a different way to perceive the album, like saying « hey, take the time, it is something different, there a several ways to perceive the songs, through the soundscapes, the voices, the orchestral arrangements,... »

What will 2017 bring for you? Do you have a last dream? Any good words for starting bands, to close this interview?