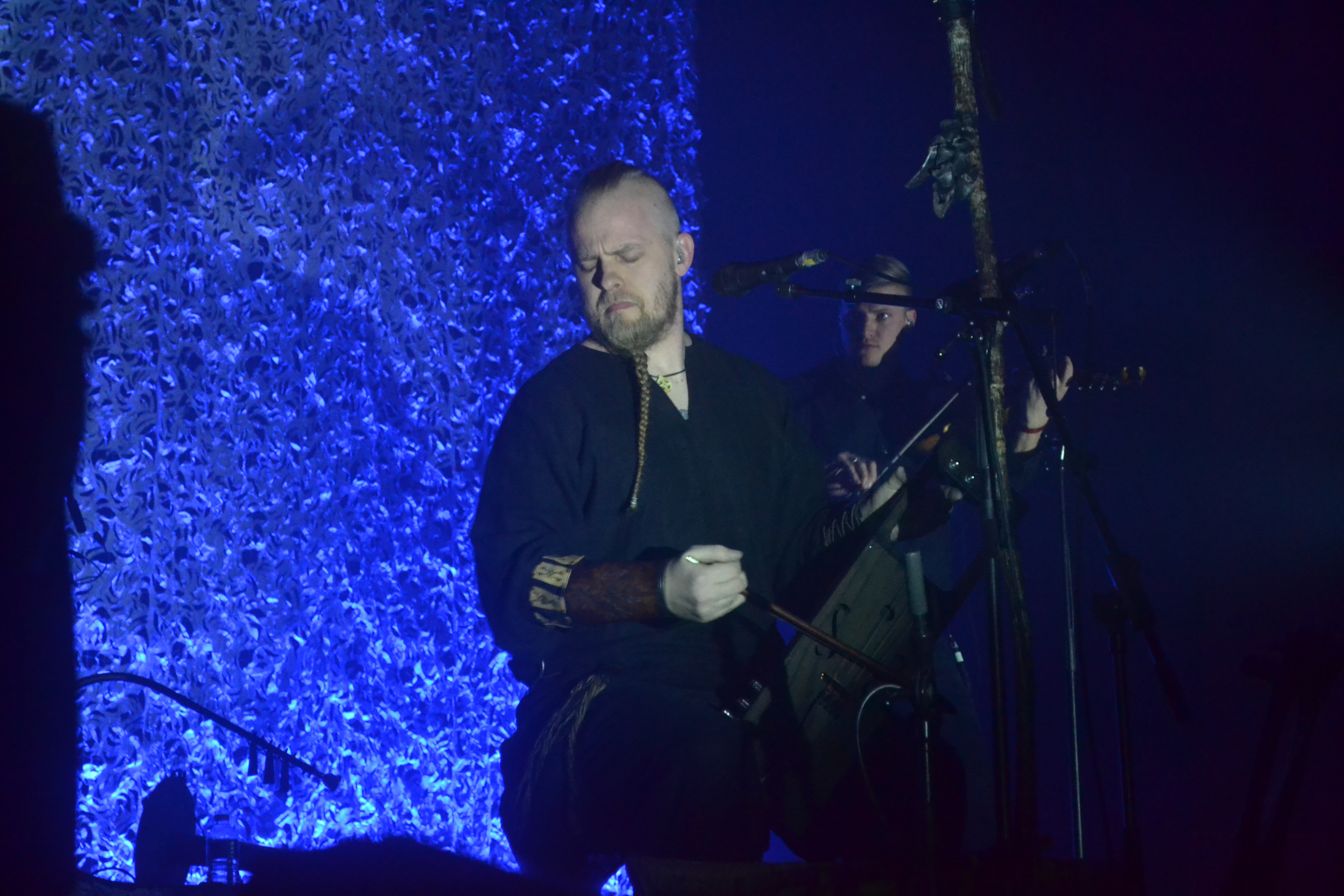 Interview with Wardruna in preparation for Trolls et Legendes

On a nice and shiny day after the sound check I was pleased with an interview, whilst walking from stage to the zone where Clive Standen was heading a large audience that could fire questions for an hour: the reason of this meeting was logical and grew out te be one introducing the other on the closing day of the sold-out Trolls et Legendes festival in Mons …

Einar Selvik, what’s your first impression of this festival?

I see a lot of people, a good atmosphere. Well, so far it has been great. We have been treated well and feel very welcome, the weather is nice and sound check went well. It’s nice to see how people can be creative with clothes and change themselves in the way they do. I have been to similar festivals in the past in The Netherlands and in the USA and we really love it.

Can you tell me how it all started for, as I know before you played drums in Gorgoth?

Well I have always been into drums, from childhood. I have also been into the ancient history and traditional stuff and am very passionate about Nordic stories and folk music. I’m also into classical music. Drums have been since the beginning my main instrument. In retrospective I always felt the need to do something with the old traditions, traditional music and folk music, as I felt nobody was really digging into it with both hands interpreting it and taking premises with relevant instrumentations, words, language ... It was a long process, I started to work in 2001 with it and it took me 7 years to finish the first album.

In the past there was Cold Meat Industry, in Scandinavia. Sadly gone inactive, do you know it?

I am familiar with it, back in the old days. 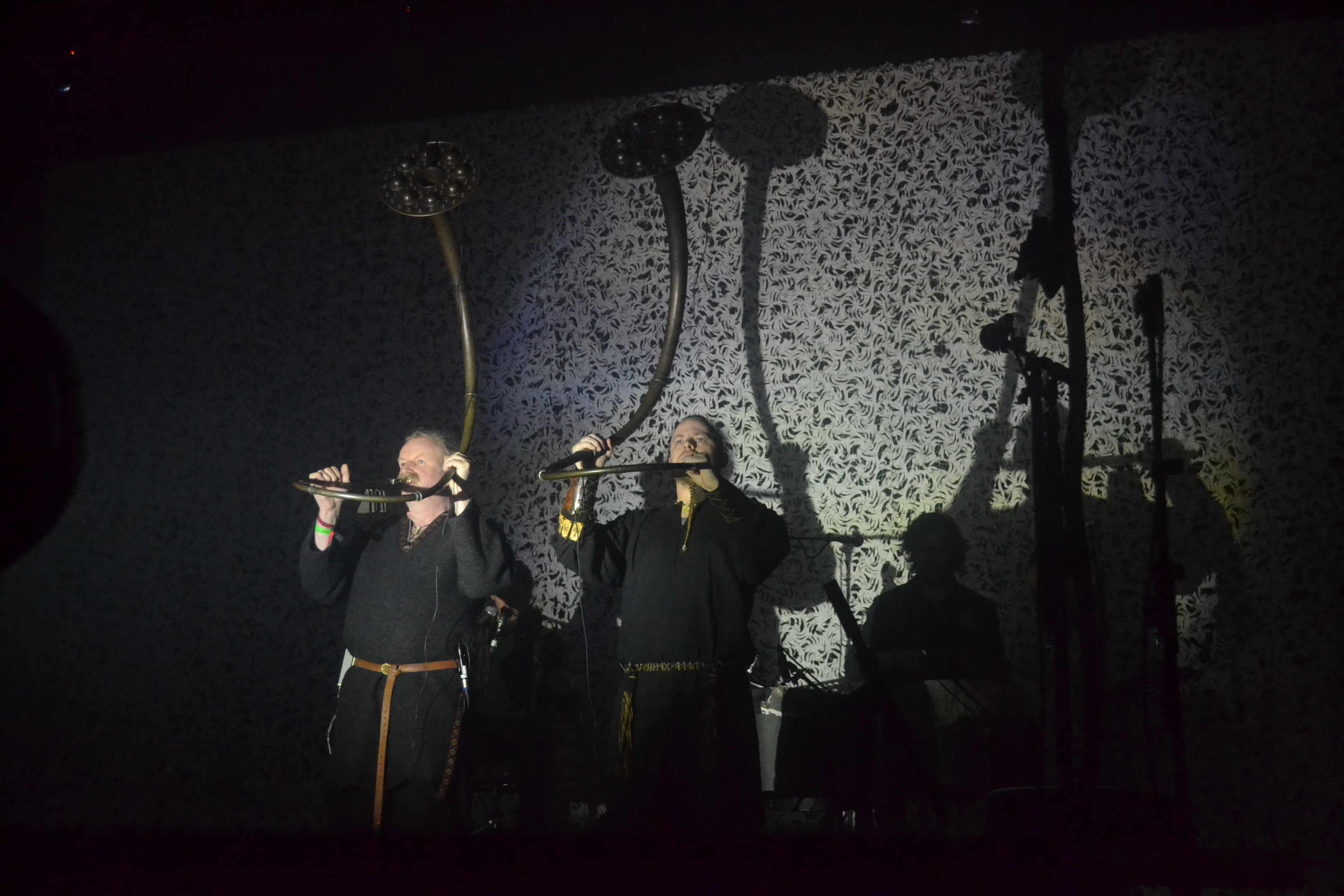 Was it hard to get the kids to sing along during Odal? How was it for them to work with you?

I used my own children, the song is about heritage and about family and about what you pass on and what you inherit. All songs are about getting as close as possible to what it is what I am interpreting. It made a lot of sense to use my children during this song. It is a song about family. I would say it was very special to do it that way and also during the song where I used a children’s choir (Wunjo). The word basically means joy, it’s related and connected to pure emotions and there are no other people on this planet who have more connections to pure feelings than children. This way it made more sense to do it this way. It’s something I really planned, since the very beginning: for 15 years. So it is really absolutely amazing when you fulfill this old idea and for sure when it works out to be exactly like I was hoping it would be.

Well, it’s nice that you explain what this song means as I have heard that a lot of people are asking for it, for sure when they don’t speak the language …

We just released a book with all our lyrics translated on our website, so you can buy it. I totally understand that people are wanting to understand it all. We also updated all the booklets, so from now on you get all this information, so if you buy a CD, the translation will be from now on included.

I presented your music to some friends who had to discover your music and they told me you sound a bit like the Viking version of the legendary duo Dead Can Dance, as it has the same vocal strength, empowering chants, mesmerizing vocals and a bewitching sound.  Your voice comes close to Brendan Perry’s deep, bluesy and melancholic voice. What’s your reaction to that?

Ok, I hope it is a compliment. It’s not something I really thought about. I know them, but I have never really listened to them. They are talented people, for sure.

I picked up a rumor that now that the trilogy is done it might be finished with Warduna and that you will look for something else?

I have never said something like that. Definitely not, I feel like just started. Of course we finished a trilogy and a trilogy is about the number 3, so we did 3 albums, but there is going to be more Wardruna in the future, I just have to think about everything and work out a new concept. So to be clear: this is just the beginning.

When you listen to the opening tune of Vikings, there is some Wardruna in it …

A lot of the music in the series is from Wardruna and I worked on the score, together with the main composer Trevor Morris. You hear some of my instruments and some of my personal creations. It has been a very interesting project.

Yeah, but it also gets bad critics from people who say it’s not historically correct. But I would say you have to remember it’s about entertainment. It’s meant to entertain the masses, not to please the history teachers and history nerds like me. In any case I would say it’s a step into the right direction in terms of accuracy and also I think that the massive creative flow in the series has a positive affect and even in Norway people are more and more getting interested in their own history and start digging. I mean it in a healthy way and not into the neo-Nazy way and other crap. We are slowly taking history and other things around it back. Vikings is part of this movement: creating a healthy interest for the past and the traditions. 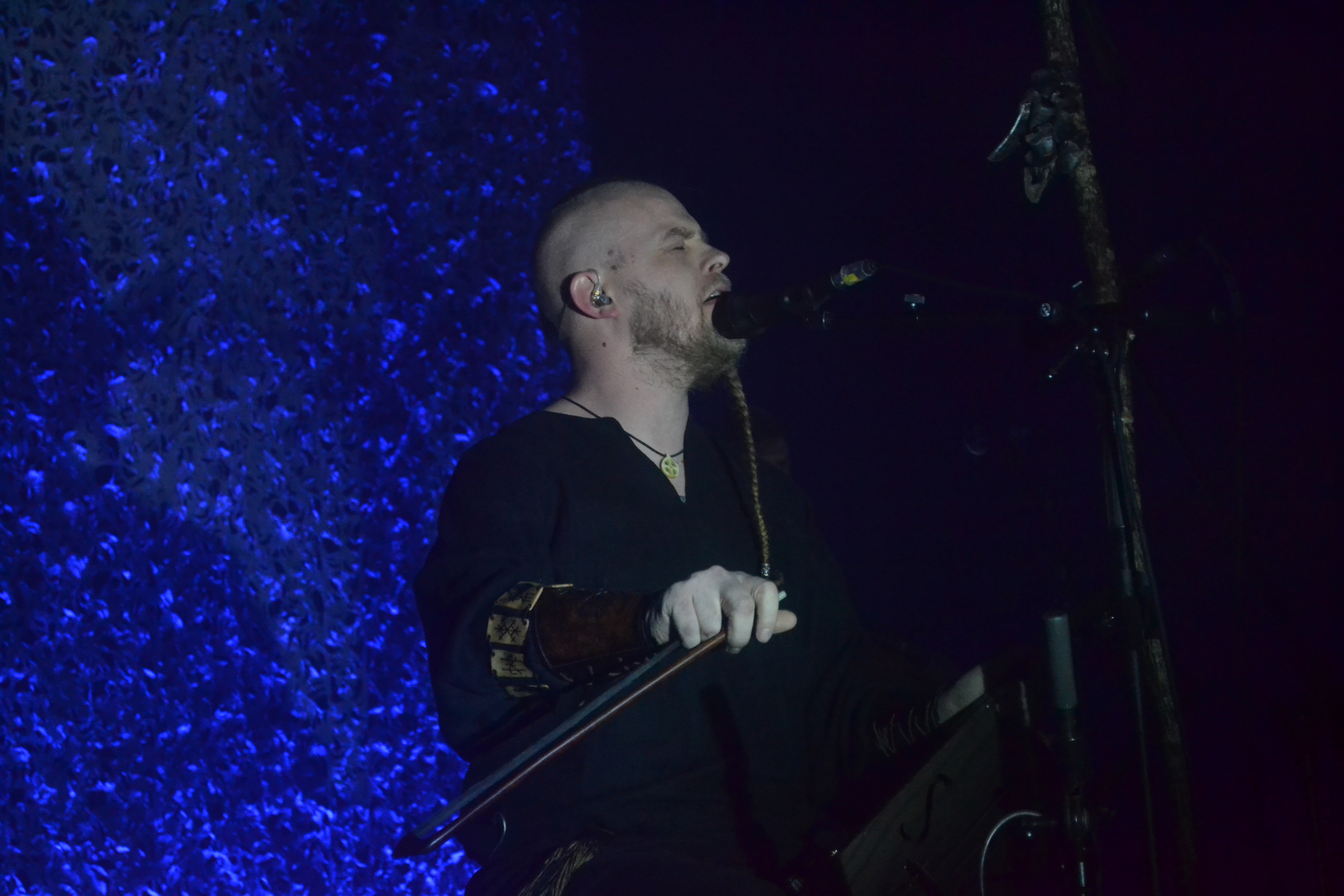 Just like it’s time to make clear that it’s not Columbus who discovered America first, it was a Viking …

History has always been dictated and written by the victorious, the ones with the strongest will, the most powers, the most money and not by those who know the truth. For sure now with the age of information we are slowly rewriting and changing history and that is also important. That is also a problem for us, with how we see our history. We see our history trough the eyes of Catholics and Monks. In their eyes Vikings are killers, pillagers, rapists … and that is complete nonsense and rubbish. So these things are slowly changing and that’s a good thing.

Yes, I met Clive on a few occasions. First time I met him was on the set of Vikings, where I had to perform. II have been twice on the set in front of the camera. Clive is just a really wonderful person. He’s a guy who really does something positive, he really adds something as he is one of the guys who really wants to do things right and correct. He wants to give it some grint and doesn’t want to do the typical Hollywood thing. Appart from being a really great guy I have great respect for his approach to his part on the show.

Do you have something in mind to close this interview?

I know that there are a lot of people interested in seeing us on stage in Belgium.

Well the last day is also sold-out, so yeah, for sure!

It’s fantastic to be here in Belgium and it means a lot!

A little bit of extra info: Clive will do the live on stage introduction for Wardruna at this festival! 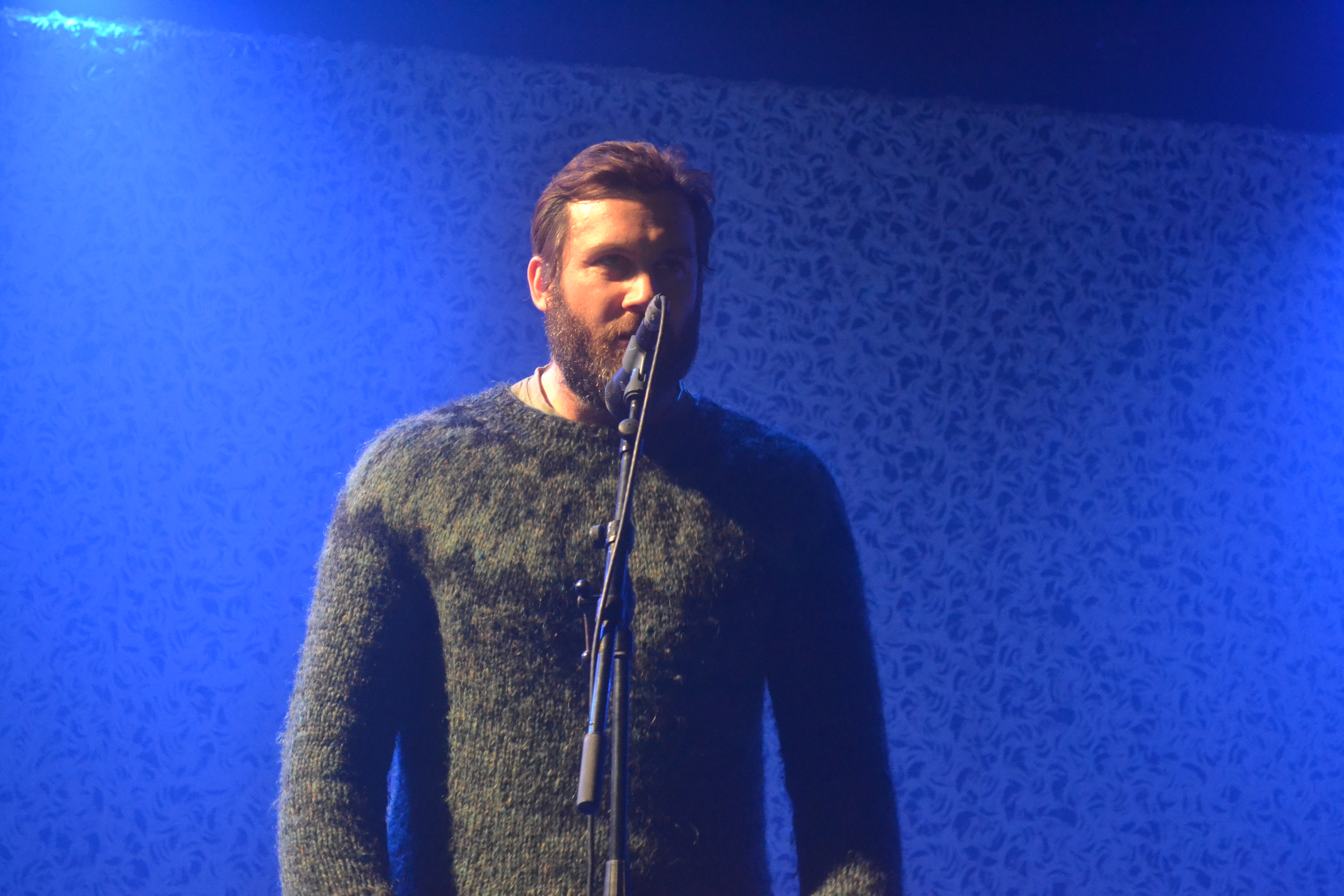